We sat down and watched “The Great Hack” on Netflix. For those not familiar, “The Great Hack” outlines the Cambridge Analytica-Facebook scandal around the 2016 elections. The production value of the documentary is typical 2019 fare and sometimes the narrative wanders a little bit, but the documentary as a whole is well done. It’s interesting, and more so chilling, to see what bad actors will do with the data of individuals.

tl;dr Cambridge Analytica had at least 5,000 data points on every citizen of the United States. They used that data to target people they categorized as persuadables, and then blasted propaganda at those people to convince them to vote and to sway them to vote to the wills of their clients, including The Trump Administration.

I firmly maintain the growth of technology has outpaced the ability of society in general to use it responsibly. So many folks fear AI and sentient robots and the like, but technology is already being weaponized against the populace. Since this benefits the bad actors currently in power in the U.S. government, I have little hope that something will be done from a governmental level to address this issue. So it’s up to us to be vocal about what’s happening and to educate those less tech-savvy as to what’s going on behind the curtain. Oz was not a benevolent wizard.

Neither are the actors behind the curtain of our democracy.

So a (redacted) version of the Mueller Report was released for public consumption today. Lots of people that know nothing have plenty to say about the report. No one reports facts, everyone spins an opinion. If I continue down this line of thought I’ll end up frothing at the mouth with anger so I’ll keep it light.

All I’m going to say is this. We all know that Trump constantly lies. Press Secretary Sarah Sanders admitted to lying when interviewed by Mueller and team. If this alone doesn’t bother you, there is nothing I can say that’s going to change your feelings or your mind or your allegiance to a “side” that is determined to destroy this country.

There is no moral compass. There are no standards. The bar cannot get any lower. There is no bar.

I will read the (redacted) report this weekend. I will not allow it to throw me over the edge. 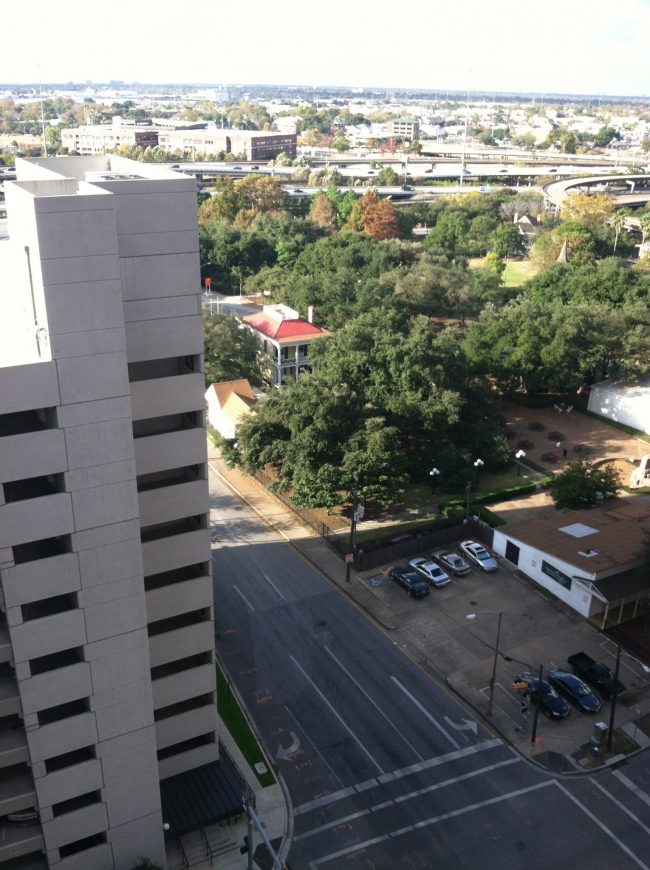 Please take a moment to read the annotations/fact checks against Trump’s speech yesterday when he announced that the United States will be withdrawing from the Paris Agreement.

The man is either a psychopathological liar or he has absolutely no idea of what he is talking about or any grip on reality in the world. He just spews nonsense.

h/t to Steve Inskeep from NPR.

Earl and I walked into the Town Hall around 2:30 p.m. on Election Day. There were three cars in the parking lot and a few signs indicating the 100-foot marker from the voting area. The large hall, which has been devoid of traditional voting machines for several years now, was quiet. Three senior citizens sat at a table: one was writing down the name of each voter and assigning them a number. This was recorded in a standard wire-bound notebook. The second person looked up our records in one of two large books. We signed next to our own signature from a couple of decades ago. The third person gave us a ballot sheet and pointed us toward the shabbily installed designated “marking area”. Earl and I colored in the dots on the sheet from the third person in the processing lane; this is how we now vote in New York State.

Earl and I were the only two people in the large voting room. No one was waiting nor walking nor coloring in dots when we got there. No one was arriving as we were departing. I was voter #210 according to the wire-bound notebook. Curiously, my sheet was recorded as #206 on the electronic voting machine. I don’t know what happened to the four missing votes, but a lively conversation between processing line members one and three indicated that they were having issues with the electronic voting process again this year.

Now, Earl and I were voting in the middle of the afternoon. In this neck of the woods the voting locations tend to be busier after work. However, by Wednesday morning the news outlets were chattering about the fact that about one-third of the voting public voted in this 2014 midterm elections this year. 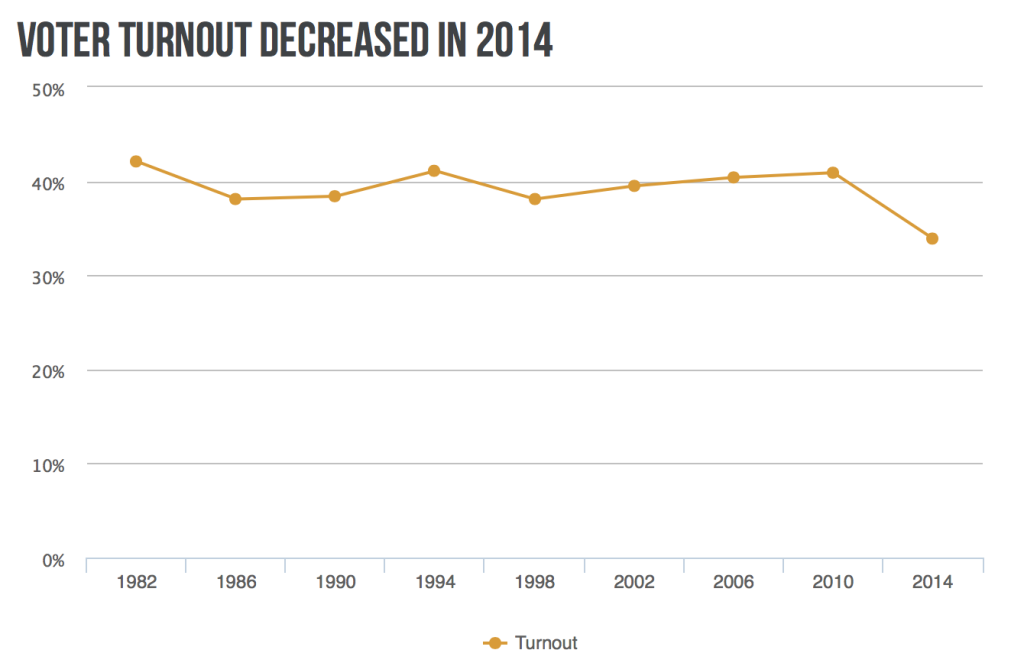 I find this disheartening. One third of the American people made decisions for the entire populace. While this is most certainly democracy in action, it’s certainly not how I believe democracy is suppose to work.

I have never missed an opportunity to vote. I soundly believe that it is our civic responsibility to cast a ballot whenever given the opportunity to do so. It’s the right of every American citizen and it’s a right that should not be taken lightly. To disregard the responsibility of having your voice heard, as far as I’m concerned, is anti-American.

Do you know what happens when there’s a low voter turnout? The most passionate, typically those on the far-left and far-right, tend to be the ones that assure their voice will be heard. The vast majority of Americans tend to be closer to the center of the political divide. Why would you want the extremes making decisions for the entire country?

It’s going to be an interesting two years until the Presidential Elections in 2016. I’m curious to see what happens at our next major opportunity to make our voices heard.

As an American, you have a voice. Don’t take that lightly.

Today the world lost one of the first ladies of comedy. At 95, Phyllis Diller passed on from this life. Reports say she died peacefully in her sleep with a smile on her face. I hope she’s entertaining on the other side and punctuating it all with her inimitable laugh.

Rest In Peace, Phyllis. You’re definitely one of a kind and you will be missed.

Thank you to the men and women in the military, to their families and to the families of the victims of 9/11 and the wars that have ensued since.

I’m proud to say that our marriage is based on unconditional love; a unique bond between two people that few ever experience.

We do not need the approval or endorsement of the closed and simple minded people that populate the New York State Court of Appeals. Regardless of today’s verdict, the love Earl and I share for one another will never be extinguished nor diminished by discrimination.

Our bind is stronger than any piece of paper that says we’re married. Nothing will ever change that.

That being said, when couples must fight for legal recognition of their relationship, it’s clear evidence that the New Dark Ages are truly upon us.