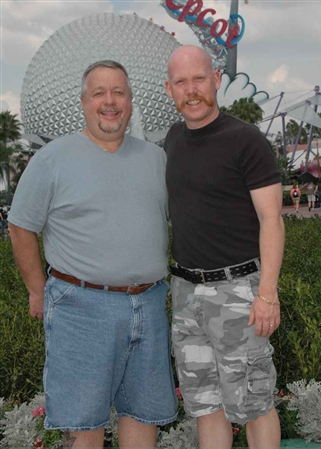 Today Earl and I spent a second day at Epcot here at Walt Disney World. We spent the entire day in the World Showcase. I believe this is my favorite part of the entire Disney experience.

The World Showcase features 11 different countries, all populated with natives of each country, basically showcasing their national pride through interactive exhibits, food, gift shops and displays of entertainment and art. We visited all of them.

I’m always inspired by the national pride the citizens show for their homeland. The Canadian, Chinese and Norwegian displays have “Circlevision” films which showcase each of the countries with a glorious 360 degree film. I think the Chinese film was recently redone because it didn’t seem familiar to me at all. For some reason I always get a little misty during the Canadian film; I think it’s because it’s such a beautiful country, the backing music is beautiful and they’re always such a friendly bunch.

The American exhibit is wonderful as well, with a colonial-era theme. Today there was a fife and drum corps, a spectacular a cappella group (that I’ve forgotten the name of) singing traditional American songs and then a audio-animatronic presentation entitled “The American Adventure”. I always tear up during this presentation as well because while I may not always agree with our government, I am always proud to be an American and our spirit shines brightly through this presentation. It’s interesting to see the reactions of some of the audience to this presentation, as it runs pretty safely moderate as far as a “slant” goes (there really isn’t any sort of political slant to the presentation at all) and you can tell by the reactions of some that they find it too liberal.

Earl and I continued our trek through the World Showcase by using our PhotoPass as much as possible. The photographer in Morocco decided we were fun looking and thought we should mix it up a bit. Here’s our tough guy pose. 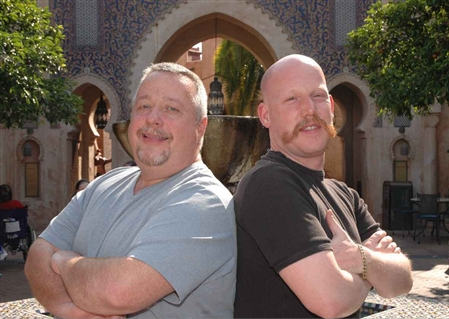 Tomorrow we hit do something new for us: we hit the water parks.