Earl and I are safe and sound at our second home, Saratoga Springs Resort at Walt Disney World in beautiful Orlando, Florida.

The drive from St. Petersburg was relatively short. Earl and I are Disney Vacation Club members, so we have a time-share type place here at Disney. We stocked up on groceries before getting to the property, at a grocery store called “Sweetbay Supermarket”. I guess living with me for over a decade has rubbed off on Earl in a geek sort of way, because he was to deduce, from the logo of the store only, that it was owned by the same company back at home that we call “Hannafords”. This was confirmed by the store brand of everything on the shelves in the store. I’m so proud of him. 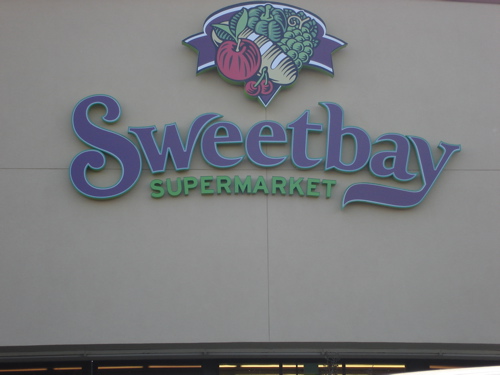 After getting situated in the room, we did some exploring around Saratoga Springs. The weather was is absolutely gorgeous and the folks here are quite friendly. The market/restaurant here is quite nice. We munched down a flatbread pizza type thing before continuing on. 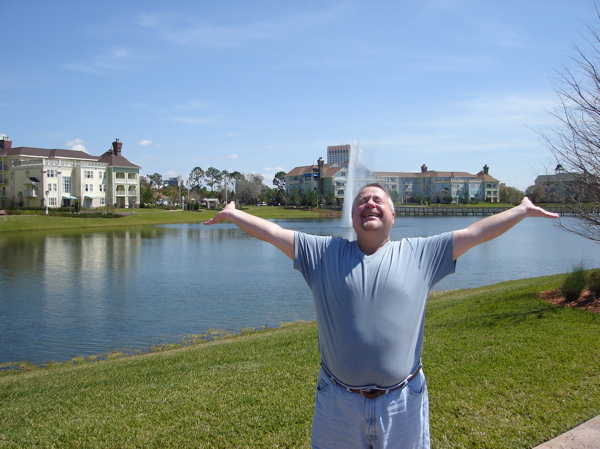 Since we arrived earlier than planned, today was a “bonus day” so we just kind of took our time around the Magic Kingdom. We visited some of the recently refurbished exhibits, grabbed some chow and did some generic site seeing.

There are many reasons to find the Magic Kingdom fascinating, and one of them is the blending of all the different cultures of the visitors. I could just sit and people watch at any of the Disney properties all day long. There is such a mingling of various regions of the country with a wide selection of accents and regional phrases, mixes of social class and all that stuff. And that doesn’t even take into account all the people visiting our country from other parts of the world as well. I just find it so interesting.

After spending the afternoon and evening at the Magic Kingdom, we wrapped up the night with the “Wishes” fireworks display over Cinderella’s Castle. Disney certainly knows how put on a fireworks display.

I’ve decided to keep the computer time to a minimum this vacation, limiting my bits and bytes to a once a night blog entry.

I’m feeling re-energized already, and the vacation has just begun.