Ever since I was old enough to ride a bike on the road, I’ve always wanted to ride my bike to Oswego. Around 25 miles from where I grew up, as a young kid Oswego seemed like the closest place that would be interesting and that would be reachable by pedal power. I would ride to Oswego, look around the downtown area a bit and then ride him. It’d be roughly 60 miles around trip.

My mother wasn’t having any of it. She barely let me ride my bike to school (around five miles away) let alone riding my bike to Oswego and back. So the ride was out of the question. I never made the trek on my three-speed Huffy bike.

On Thursday I sent Earl an email while at work and simply asked him, “how would you like to meet me in Oswego for lunch on Saturday?”. His response was simple, “I’d love to.”

Earl and I had lunch in Oswego today. I left for lunch at 6:55 a.m. and arrived in the Port City right at noon. The ride was much farther than it would have been from where I had grown up; all in all I clocked 73.4 miles today on my Fuji 21-speed bike. I think making this trek in five hours is a decent accomplishment. I’m a little sunburned as I write this, but all in all I feel fantastic.

I found my “zen spot” shortly before the halfway point of the ride. By then it had warmed up to 60 or so and the countryside was enjoyable scenery. Several stressors from the week resolved themselves in my head and I was able to think about various things while riding along. I think this is contributing to the wonderful feeling I am having this evening.

I made a few brief stops along the route. I stopped in a little town called Lee for my first protein bar and my second protein bar was consumed in the front lawn of the New Haven Elementary School. While at the school I peek through the windows to see what time it was, as classrooms usually have their clocks over or next to the door to the hallway. This particular school had their clock in the front of the classroom. The clocks were recently replaced. I’m such a clock geek.

One of the things that I hadn’t accurately remembered was the number and size of the hills along Route 104 between the village of Mexico and city of Oswego. I knew there were a few hills here and there, but I didn’t remember the up/down, roller coaster approach to the road. Being that this stretch of the ride was the last part may have contributed to the slightly daunting feeling I felt while cruising along the former US route. (NY Route 104 was US Route 104 until 1972). I maintained my stride, though and Earl was able to find me along the waterfront along Lake Ontario at the Port of Oswego. Yay for “Find Friends” on the iPhone; it has proven to be invaluable in situations like these. Come to find out, Earl had been only a half dozen miles behind me for the final hour of the ride. He decided not to pass me and make his presence known as it psychs me out a little bit and makes me feel like the ride is over.

My husband knows me well.

I rewarded my body with a relatively healthy lunch at the local Ruby Tuesday before taking a scenic ride home in the Jeep with the top off.

I think I might take a shorter ride tomorrow morning, but it’ll be a loop so Earl can sleep in.

A couple of pictures: 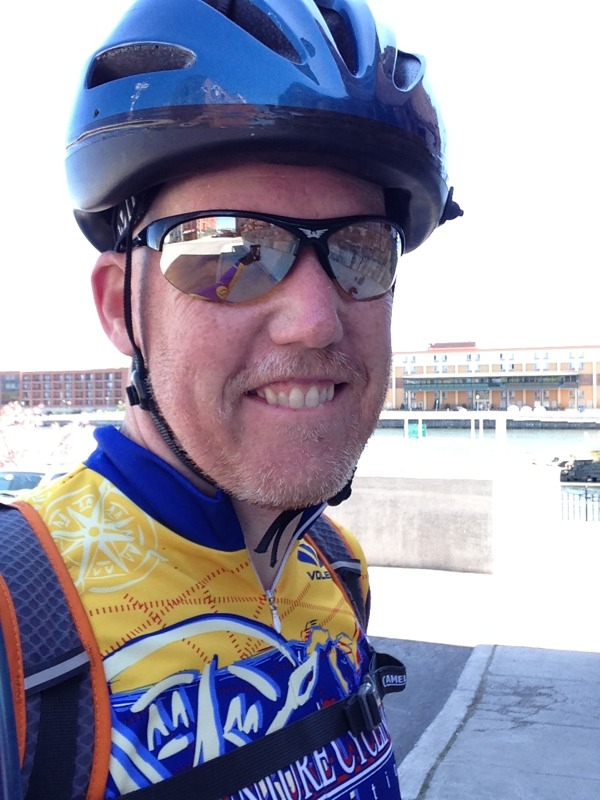 I don’t know why I’m biting my lip. 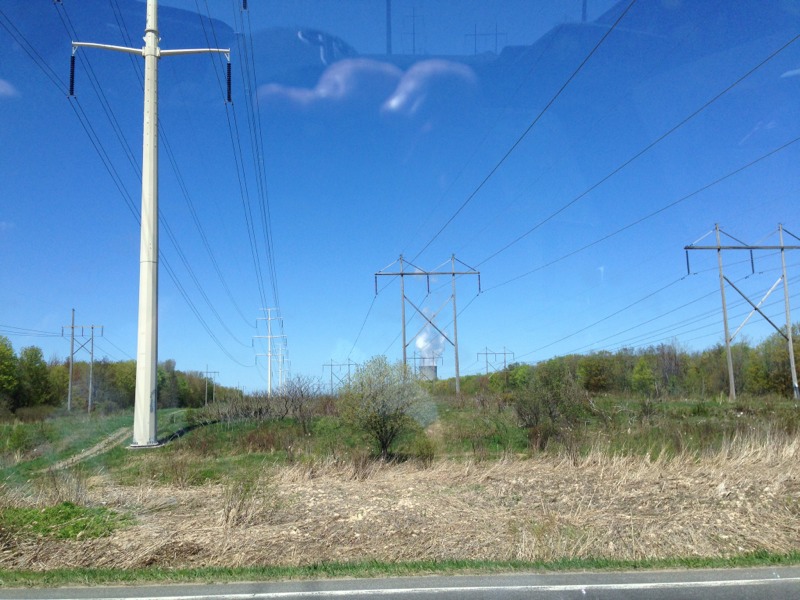 This was taken from the Jeep on the way home. That’s the Nine Mile 2 Nuclear Power plant in the background. 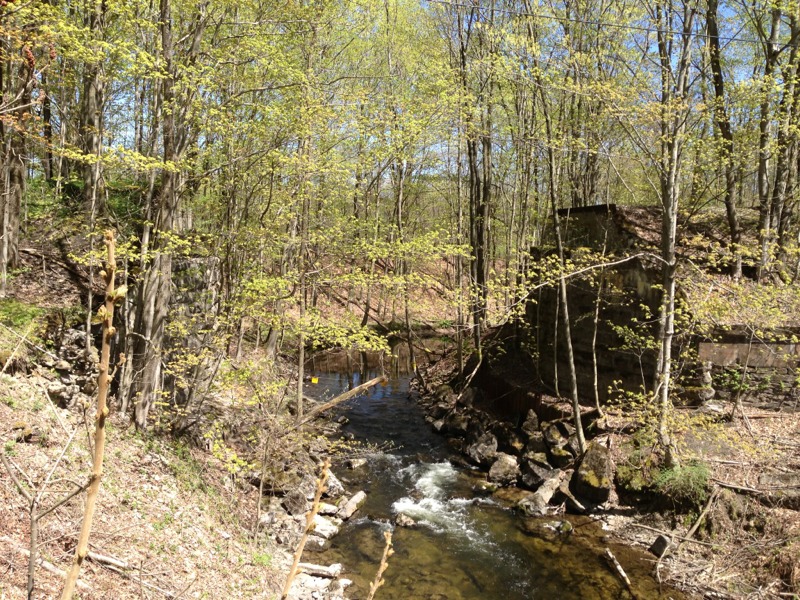 The remnants of a railroad bridge, again taken from the Jeep on the way home. I was in too much of a zen mode to stop and take photos from the bike.