I am currently sitting in the roomette I mentioned in an earlier blog entry today. I just walked to the café car (which is two cars away) and had the specialty sandwich of the day, which is a pulled pork sandwich served a la Radarange. The café attendant was a fine man from the U.K. and had a delicious accent. The sandwich was quite tasty and surprisingly low in calories. I saved my appetite this evening for such a feast.

I am now enjoying Bud Light in a can in the privacy of my roomette. I hope I can do a little craft beer exploring on this long weekend that I have just embarked on.

I am surprised at how quiet this room is. I think we are two cars behind the last engine; there’s a baggage car in between. I’m not overly familiar with how things work yet, so I did what I’ve done in coach and just walked around, looking for the café car. There might be a different diner car in the other direction. I haven’t explored that way yet.

There are lighting options all over the place. Ceiling lights, reading lights, seatback lights. There’s also a toilet and a sink. Both double as the ladder to the upper bunk. I have to say that I have a hell of a lot more legroom than I would on an airplane headed for the same destination.

From the seat facing the front of the train: 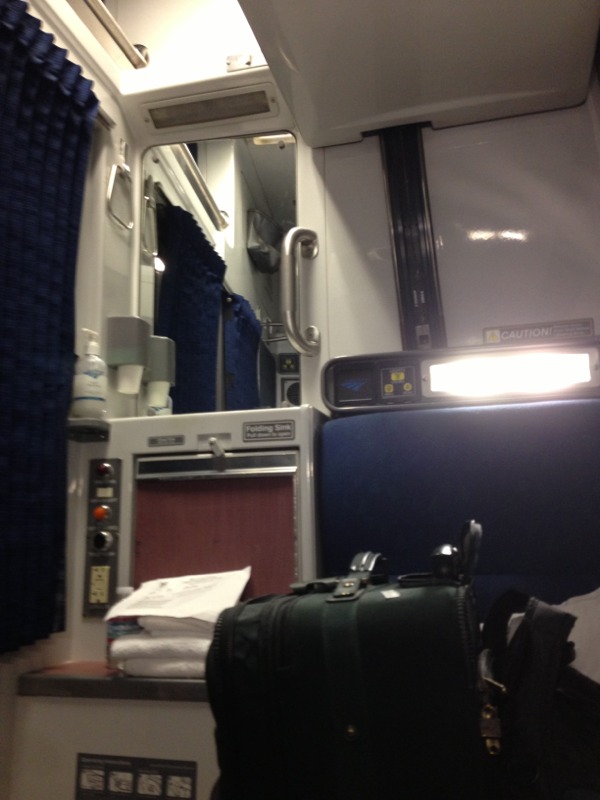 And looking down on the seat I’m sitting in, facing the rear of the train. The bunk will be lowered down when it’s time for me to go to bed. 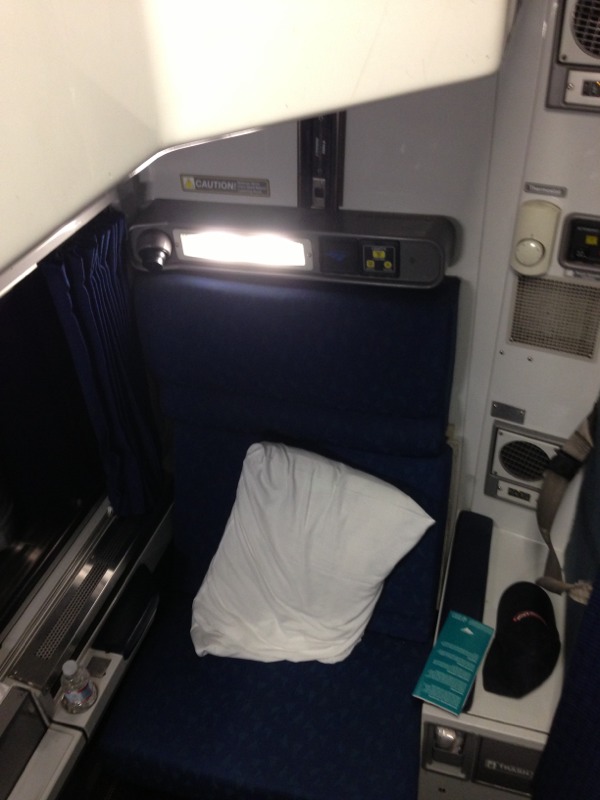 Sitting in comfort as I type on my iPad. 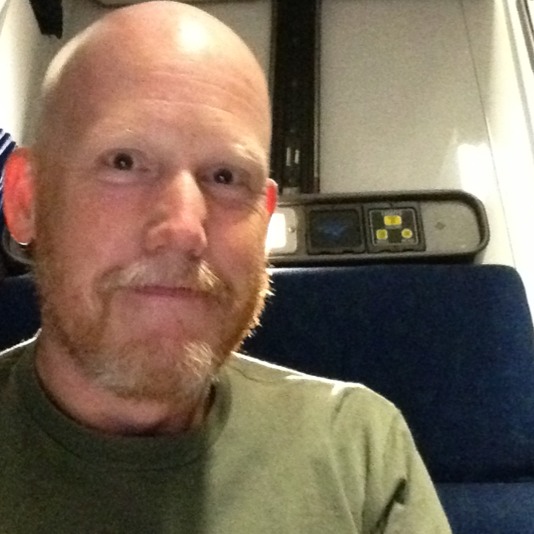 I’m excited about this train ride for several reasons, including that I’ve never been west of Syracuse on a train before. I’ve always headed east to Boston or southeast to New York. In both instances I rode to Albany where they split the train in half and you had better be in the right part that is going where you want to go.

I’m enjoying sitting here in the dark watching the scenery go by. I’m going to be on here for the next 13 hours or so and I think the time is going to fly by amazingly fast.

We are just getting to Syracuse; I recognize several landmarks from a city that I still thoroughly love, including the tiny James Street Wegmans.

I have to admit that I was nervous about the thought of using the toilet that is built into the room, but now I don’t feel bad. During the composition of this blog entry I have heard several flushes from adjacent rooms. I guess there’s no reason to be nervous after all. And it’s a lot more comfortable than doing it on an airliner.

I just noticed that the bed has seat belts. Heh.

Another reason I am excited about this trip is because I will see my husband after being apart for four days. We’ve been together for over 17 years, but I still miss him very much when we are apart. It’ll be good to be in the same time zone again.

I just realized that I never left the week’s obligatory cat photo. I know y’all were clamoring for it, so here it is. 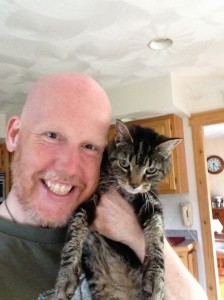 So tonight I am leaving to meet my husband at our long-weekend vacation destination. I am excited about this trip for a number of reasons, including the fact that I am trying a new adventure for this trip.

Now, normally I would hop on a plane and fly the friendly skies because my love of flying is not a secret from anyone. However, since I’m feeling rather feisty these days, I decided to do something different. I’m taking a train. But not only am I taking a train, I’m taking a train for 14 hours. It’s an overnight and I’m sleeping in what Amtrak calls a “roomette”.

From what I have read, this Roomette is approximately 3 1/2 feet by 6 1/2 feet. There’s a bunk that folds up into the ceiling and another bunk that turns into two chairs and a table. There’s also a fold up sink and toilet.

I’m not only excited about this little adventure, I am über excited. I’m sure that I’ll be blogging and posting photos and the like from my little Roomette tonight and tomorrow morning. If this ride goes well, I might be able to convince my husband to try a train trip on one of our adventures together.

I love Kickstarter. If you’re not familiar with the site, Kickstarter provides a platform for creative, inventive types to generate revenue to turn their dreams into a reality. One of the devices that I use everyday, the Elevation Dock, began as a Kickstarter project and turned out to be a successful little gadget for iPhone folks.

Cali Lewis mentioned the words “Smartbike” in one of her latest episodes of GeekBeat and I was instantly intrigued. I watched her coverage and then headed over to Kickstarter to read more about Helios Bars.

There’s more information on the official website if you’re not in the mood to watch a video.

I ride my bike a lot and to do this I tend to ride in the darkness of your typical Central New York morning. While I have battery operated lights on my bike, they’re not the best in the world. They’re not that bright and I’m always worried that I’m not going to see something in the road or more importantly, that a sleepy motorist heading to work isn’t going to see me. I’m always looking for ways to improve my visibility and I think the idea of Helios Bars makes amazing strides in that direction. When you add the functionality of GPS and being able to track the bike via smartphone, well, come on, that’s just wicked cool.

And we all know how a geek likes wicked cool. Especially a geek on a bike.

I’m hoping that this Kickstarter project gets funded because I think this is a really good idea. I’ve made my contribution to the project because I really want Helios Bars on my bike and I’m all for making the world a safer place. With all of the distracted drivers behind the wheel these days, increasing visibility is really vital for those of us on bikes.