There’s a vibe at the office today that is kind of hard to describe. I came into work in a really good mood and while I am still in a good mood, there’s a heaviness in the air that is hard to shake off. I’m trying to decide if it’s because of the rain or if it’s just the universe today. The recent announcement of changes to the organization have undoubtedly rattled people, and that’s probably it.

I needed some sort of jumpstart get myself back on the happy track, and this is where YouTube comes into play. I was delighted to see that one of my favorite movies of all time is available on there. 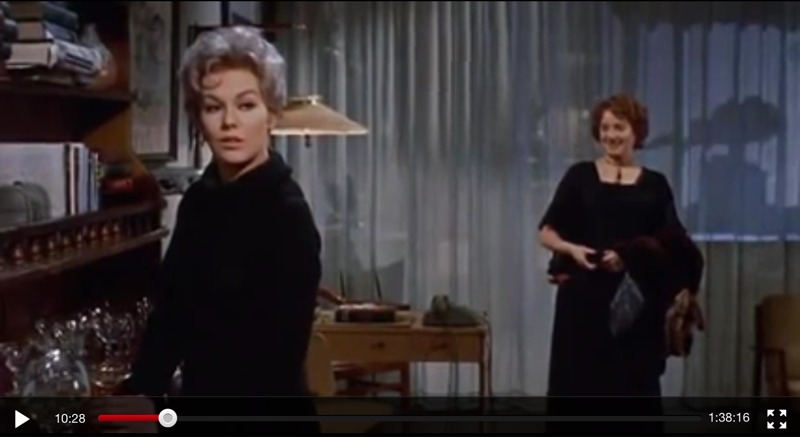 I have always said that my favorite movie of all time is “It’s A Mad Mad Mad Mad World”, but now that I think about it, I think “Bell, Book and Candle” is actually my favorite movie now. I would have loved the opportunity to see the stage production that inspired the 1958 James Stewart/Kim Novak film, but I don’t think anyone is doing that production anymore. Maybe it needs a revival. 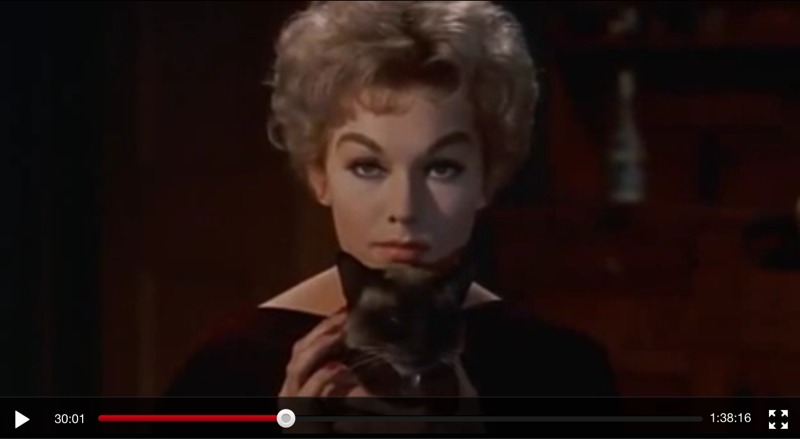 If you are unfamiliar with the movie, “Bell, Book and Candle” stars Kim Novak as Gillian Holroyd, a witch who falls in love with Shepard Henderson, played by James Stewart. This complicates life for both of them. The movie co-stars Ernie Kovacks, Hermione Gingold, Elsa Lanchester and Jack Lemmon. There are many similarities to the television show “Bewitched” (Aunt Queenie from the movie could easily be Aunt Clara’s sister), but there are some, well, bewitching differences as well that I find enchanting. As an extra bonus (because I am a geek after all), one of the magical sound effects is recycled nearly 20 years later to accompany “Wonder Twin Powers, Activate!”. 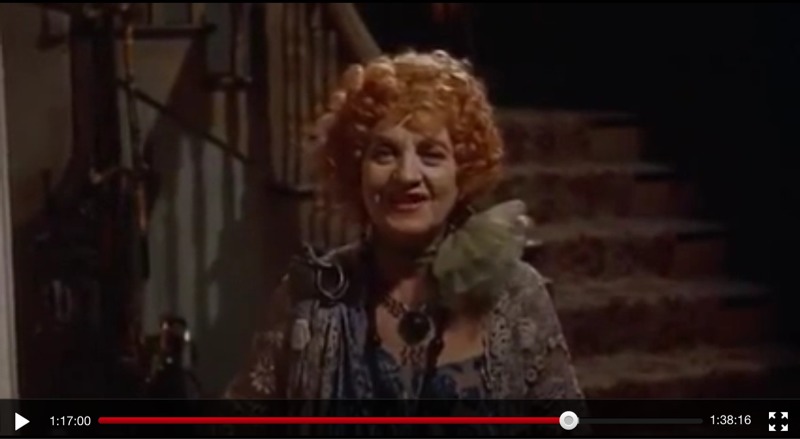 Watching parts of the movie during this lunch hour have gotten my spirits back on track. I guess there’s a bit of magic in that movie after all. 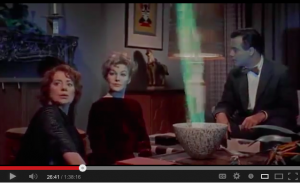