So the secret destination for my birthday weekend was lovely Saratoga Springs, N.Y. The little city is about two hours to the east of us and actually not that far from where I work (when I go to the office). The weather was lovely, the downtown area was bustling with people and we had a very relaxing time.

We had a balcony and everything because Earl is a “Diamond Club” member. He spends a lot of time in hotel rooms. 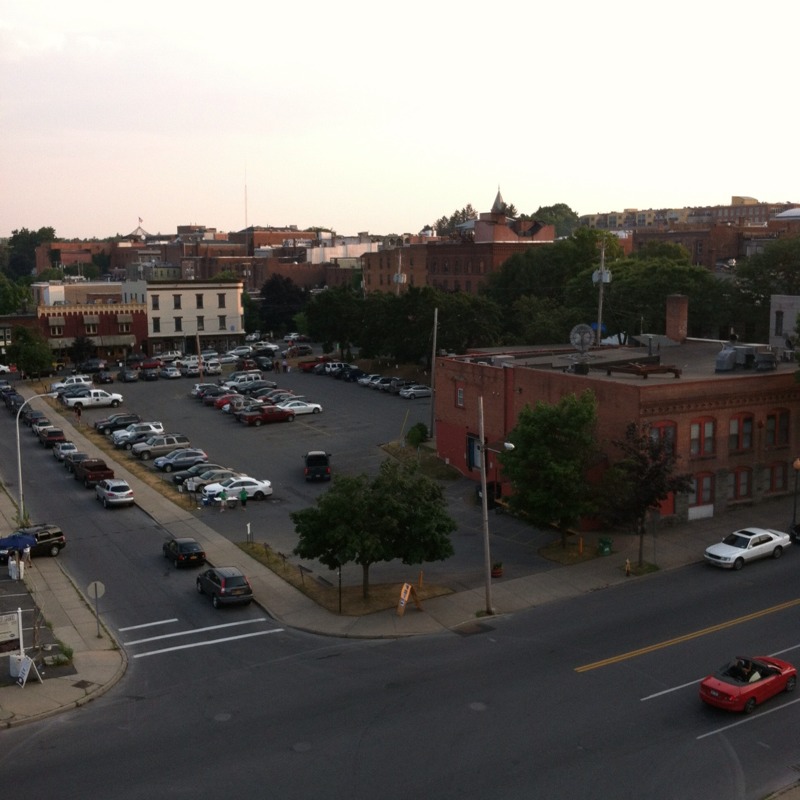 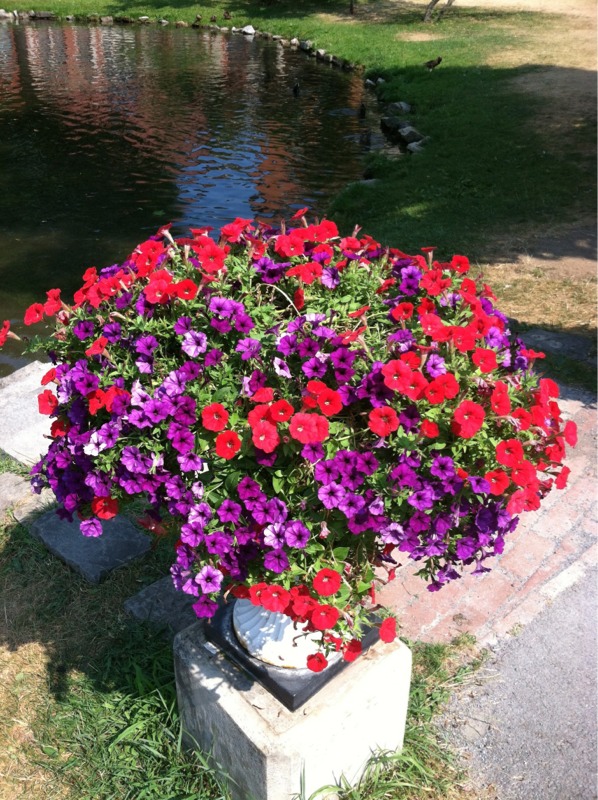 We walked around Congress Park in the afternoon. I was the only one that dared to drink some water from one of the mineral springs. The water was naturally cold and had a tinge of sulfur in the taste. It reminded me of growing up but without the addition of Kool-Aid to the sulfur water.

Some ducks did a synchronized swim routine for us. I don’t think they’re paid to do that for the tourists or anything, they just kind of did it on their own. 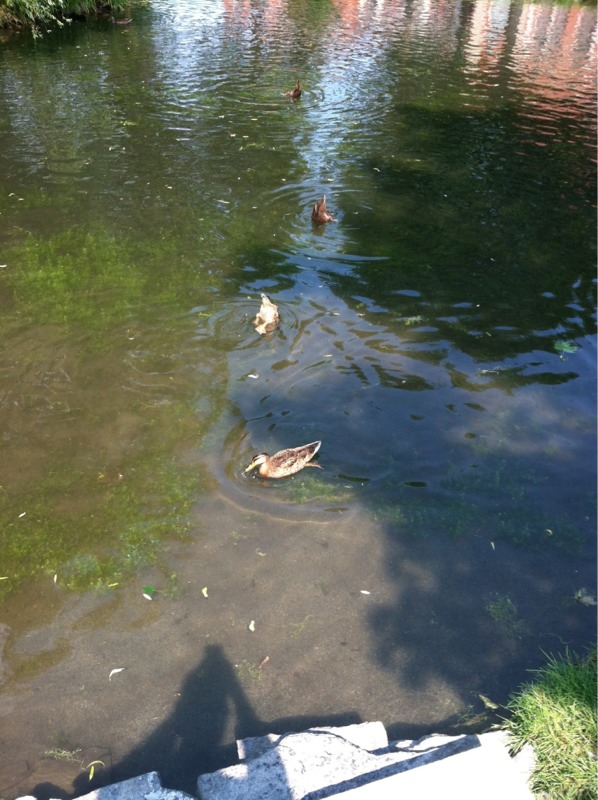 After the duck show we posed for a family photo. My new bathing suit is in the Eddie Bauer bag to my left. 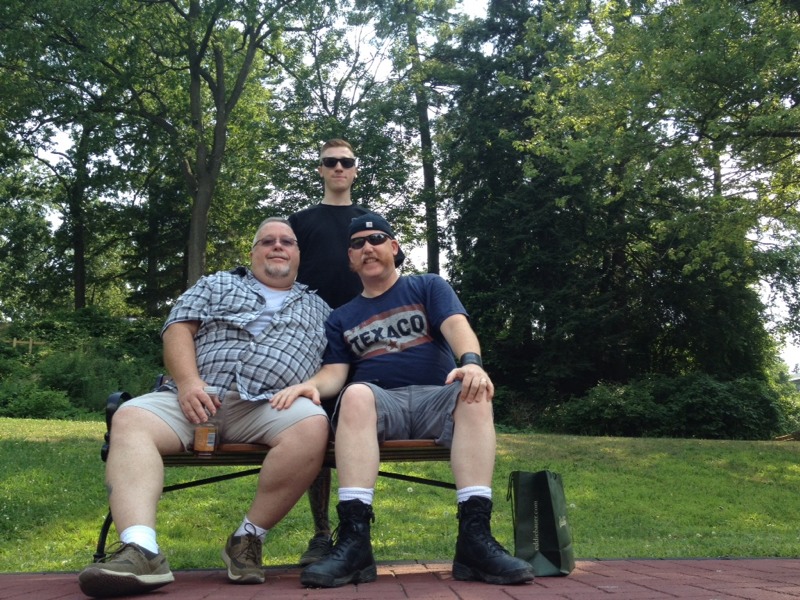 After trying some of the other spring water offerings (that didn’t have that sulfur taste), we relaxed in the air conditioned comfort of our suite at the new Hampton Inn for a bit until evening time. I took the opportunity to put on my new bathing suit and go for a swim. Earl watched to make sure I didn’t drown. 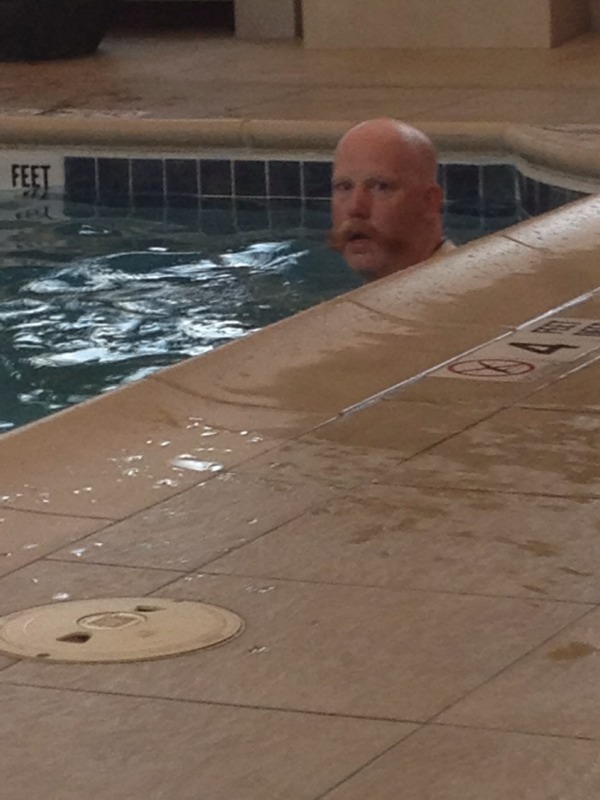 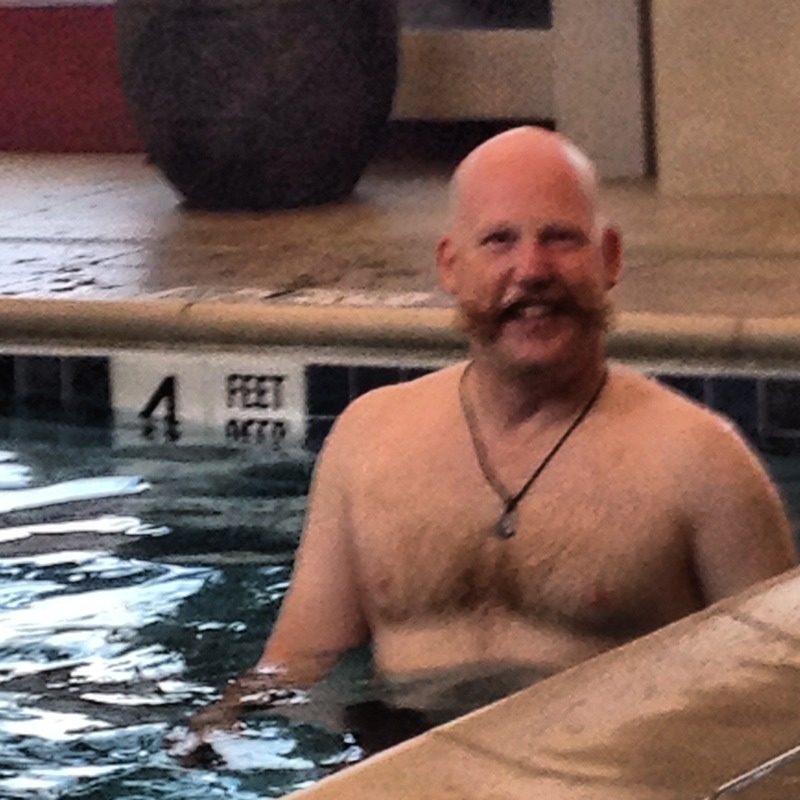 When we ventured out again we were approached by a 30-ish attractive looking bear of a guy who asked if we knew any good dining spots. Downtown Saratoga Springs has a lot of them so we recommended a couple and then we had a nice conversation with him for about 15 minutes. His name is Dan and he was in from Middletown for a School Bus Convention. I think he approached us because of our bearish ways and before you know it we were talking life stories and ended up inviting him to join us for dinner since he was in town alone. He decided not to join us but he wished me a happy birthday. I think we have a new friend in Dan. At first I thought he was Kevin from Danbury (they could be brothers) but he was Dan.

We ended up eating at Wheatfield’s at one of the sidewalk tables. It was a delicious meal, though the seating was a little crowded. It became extra crowded when a passerby decided to chat with the folks at the table next to us. To accomplish this he hung over the little fence between the dining area and the rest of the sidewalk. I thought Earl was going to offer him a bite of his pasta but he didn’t feel that cordial. 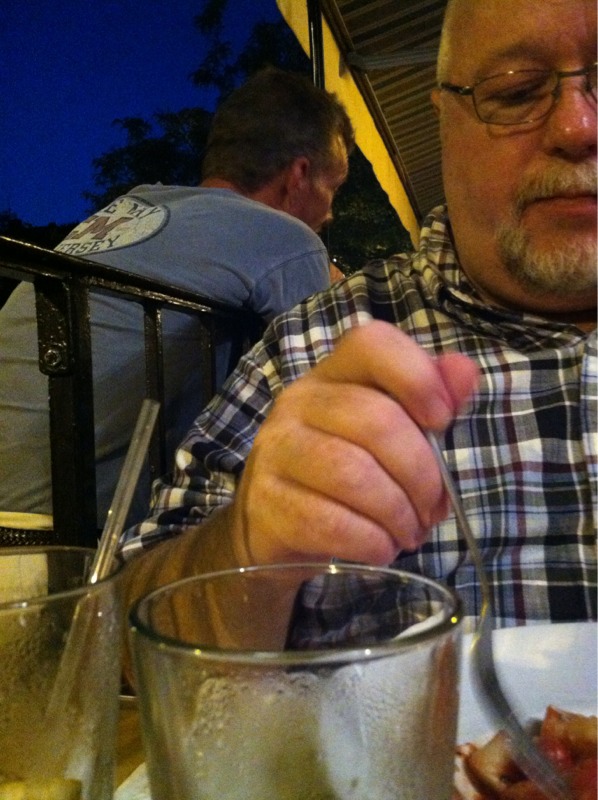 After the nice dinner we walked around downtown again and then headed back to the hotel for some cupcakes from Bettie’s Cakes before calling it a night. 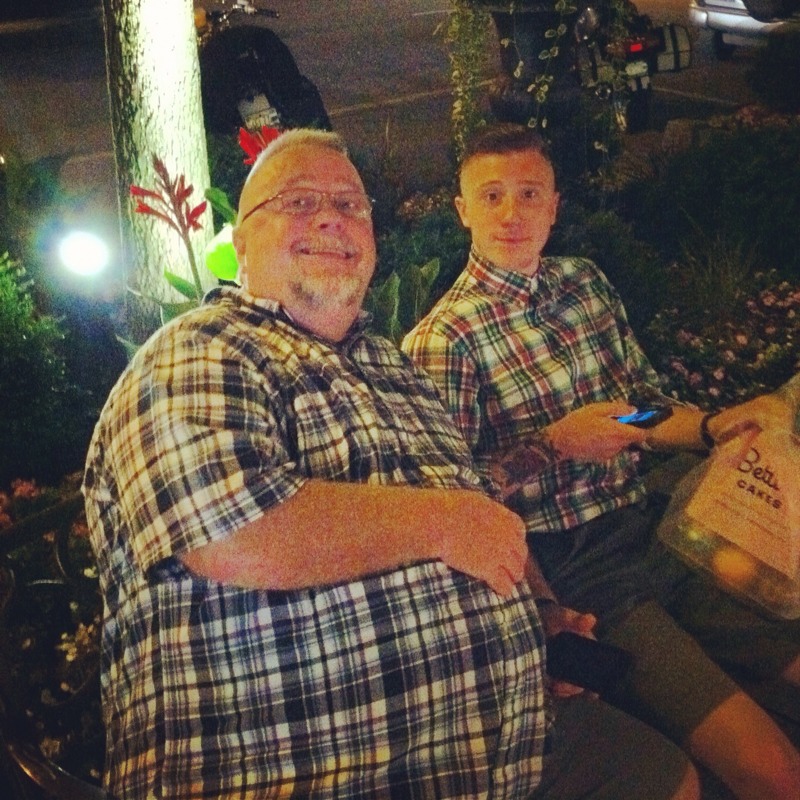 This morning we headed home by back roads for a bit before jumping on the Thruway and reaching the Manor around 1:30. We have been relaxing ever since.

I did snap a photo of these very old looking power line towers that seem to have a unique flair. 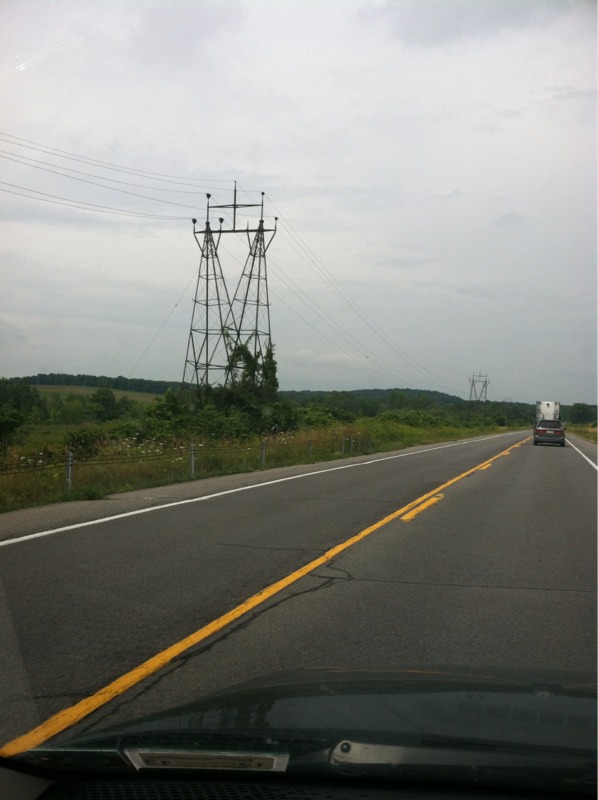 My batteries are recharged. This next ride around the sun is off to a good start.