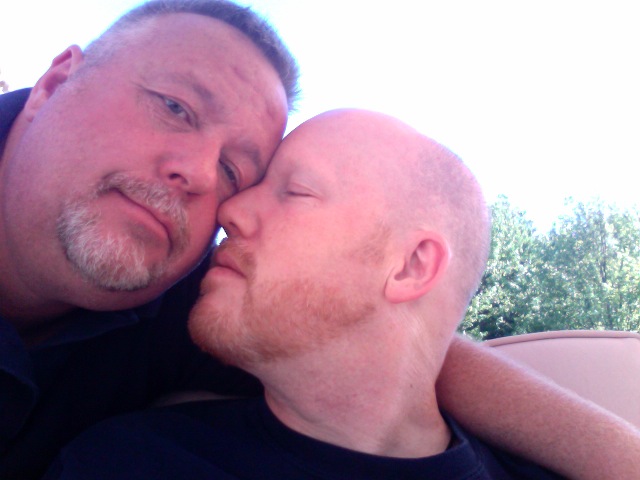 So Earl and I spent last night in Buffalo. It was their annual bear run, fittingly called “Bear Trap” and it had been nearly a year since we were in Buffalo last.

It’s amazing how time flies when you’re not even thinking about it.

Having arrived too late to join the crowd of bears for the dinner at Century Grill, we opted to go it alone at the Pearl Street Grill and Brewery. Earl had been there before and knew that the place was right up my alley and he was absolutely right. I have to admit that I had a few fleeting moments of worry as we were driving to the restaurant, as I have recently decided to give up drinking alcohol completely. I’ve never been much of a drinker, in fact, I really only started drinking beer and such when I started at the telephone company a couple of years ago. However, the experience of going back and reading a couple of blog entries I had written while drunk and a conversation that Earl and I had while driving home from a dinner in which I was going to be the designated driver, and then ended up drinking, persuaded me that I definitely don’t need to incorporate alcohol into my future social plans. All the heavy stuff aside, the Pearl Street Grill and Brewery is a great place to go if you’re in the Buffalo area. Like so many other buildings in Downtown Buffalo, it’s an old brick building with that feeling of the industrial revolution of the early 20th century. So many cities have opted to tear these places down and build something in stunning concrete in their place; I admire when a business takes an existing space and turns it into something special. I wish more places would learn to do this.

The food is great too.

After dinner we freshened up a bit at the hotel and headed to the Town Ballroom for the evening’s festivities. All of the Buffalo Bears were gracious as always as we shared many hugs and kisses with those we hadn’t seen in so long. Earl and I both got a little tearful when we saw the two guys we consider to be our closest friends walk into the club. Here’s a picture from a camping excursion from a couple years ago of our friends Tim and Steve.

We used to see Tim and Steve quite a bit when Earl was traveling to Buffalo on a weekly basis, but now that his work locations have moved around, coupled with my school responsibilities and general life chaos, it’s been entirely too long since we’ve seen these guys. God bless them both, it was like we had seen them just yesterday.

The Buffalo Bears traditionally held all of their events at a local club, first Buddies and then it’s successor Buddies II. However, Buddies II recently closed so they were forced to the Town Ballroom, which is an absolutely fabulous space. It has had several incarnations; a casino, a dinner club (think Ricky Ricardo), a gay bar and now an entertainment venue. The Bears utilized a couple of the rooms well; one room was the dance floor (and Karl the DJ [skabear] played the extended disco mix of the theme from “Wonder Woman”!), the “Leopard Lounge” was used as a quieter space for conversation and in the middle lobby was a huge circular bar. Again, this is another old space in Buffalo that they continue to breathe life in.

Afterwards we went to the after hours party where we stayed until the closing of the room at 4 a.m. There was a lot of giggling in the hallway; it’s a good thing that we had the whole floor of the hotel.

This morning we joined our friends for brunch before heading out. Again, more tears and hugs as we made our way to the door.

All in all it was a wonderful weekend in many ways for us, and it was great to reconnect with our friends. We’ve always found the boys in Buffalo to be quite hospitable and this weekend was no exception. We look forward to going out there again soon.

During our merry little adventures, once in a while Earl and I will see a woofster out in the wild that simply takes our breath away. There are times we have common tastes so if we both “woof” at someone in unison and are armed with a camera, we might try to non-chalantly sneak a picture of said woofster. It’s a rare event, but it happens.

We did the candid camera routine during our 2005 visit to the House of the Mouse. This handsome bear and his partner were at Epcot at the same time as we were and happened to be taking photos near where we were standing. Earl and I woofed in unison and we snuck a photo for our little woofster collection. His picture even made it into our Disney scrapbook, evoking a question from my sister, “Who’s that?” “Oh, just someone cute.”

Well we ran into Mr. Woofster online last night. Doing a search of Albany turns out he lives in Albany, Ga. I was busy in the studio when I heard Earl yell – “You’re not going to believe this.” There he was in all his world wide web glory. So we dropped him a line and said hello and admitted that we snuck a photo of him.

I think he was flattered, however, I don’t think we made the same impression. Nonetheless, at least we now have a name to go with the face.

Looking through some old TV themes on YouTube, I was reminded of a hottie from my teen years.

Does anyone remember Michael Lembeck from “One Day At A Time”? 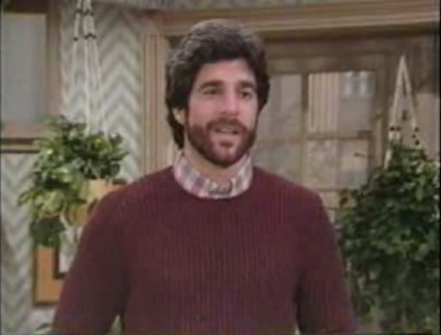