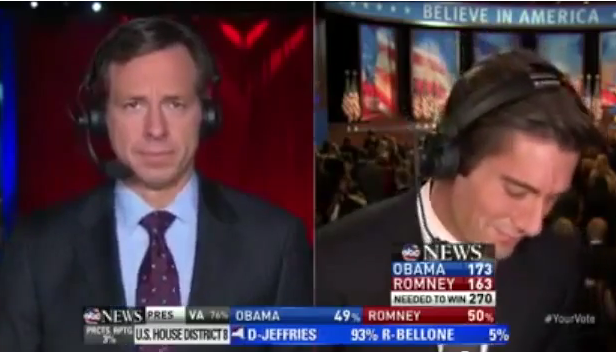 Thank you everyone for helping out the Ali Forney Center with my ‘Stache On-‘Stache Off Fund Raising Campaign.

We raised $450 for this worthy cause. The votes were tallied with this final result: 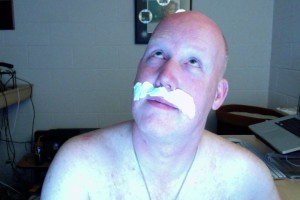 Again, thanks! Now I’ll try something new in the facial hair department in a week or so.

So there’s two days left in my ‘Stache On-‘Stache Off campaign to raise money for the Ali Forney Center, an organization helping homeless LGBT youth in New York. Right now, the bucket for ‘Stache ON has more money in it. On Friday night, whatever bucket has the most money will determine the fate of my mustache. If ‘Stache On has more money, I’ll keep it through the end of the year. If ‘Stache Off has more money, the mustache goes for a few weeks and will be replaced by a smaller ‘stache (or beard) of more reasonable proportions. And of course, all proceeds go to the Ali Forney Center, which is actually the reason for doing all of this, because I believe that we all agree that no one deserves to be homeless.

If you want the mustache to stay, donate to this campaign:
‘STACHE ON-‘Stache Off.

If you want the mustache to GO, donate to this campaign:
‘Stache On-‘STACHE OFF.

So there’s one week left in my ‘Stache On-‘Stache Off campaign to raise money for the Ali Forney Center, an organization helping homeless LGBT youth in New York. Right now, the bucket for ‘Stache ON has more money in it. One week from tonight, whatever bucket has the most money will determine the fate of my mustache. If ‘Stache On has more money, I’ll keep it through the end of the year. If ‘Stache Off has more money, the mustache goes for a few weeks and will be replaced by a smaller ‘stache of more reasonable proportions. And of course, all proceeds go to the Ali Forney Center, which is actually the reason for doing all of this, because I believe that we all agree that no one deserves to be homeless.

If you want the mustache to stay, donate to this campaign:
‘STACHE ON-‘Stache Off.

If you want the mustache to GO, donate to this campaign:
‘Stache On-‘STACHE OFF.

Funny how this song is going through my head today.

On the way home from work today I used my iPhone to dictate the following blog entry for transcription later on. I’m posting it as I said it to maintain the authenticity of my feelings on the subject of today’s New York State Senate vote on marriage equality.

Anyone that believes that the New York State government is for the people of the state of New York is under a sad misconception because that is not the case at all, as evidenced today by the New York State Senate’ decision to not pass legislation for Marriage Equality, extending marriage rights to ALL citizens of The Empire State. If put up for a public vote today, polls show that the over 50% of New Yorkers, both up and down state, would pass marriage equality. However, only 38% of the Senate voted that way. That is not a reflection of the will of the people and that’s what government is for, to represent their people. They are not representing the citizens of New York, they are representing their personal agenda. And because of this, New York State’s government, everyone in Albany from the governor all the way down, needs a complete overhaul. Everyone needs to be voted out and replaced. They’re not in it for our best interest, they’re in it for their own. They barely do anything and when they do, they screw it up.

Marriage equality did not win today in New York State and that is very sad. This doesn’t negate, nullify or invalidate the undying love I have for my partner. It does, however, make me a second class citizen of the United States and of The Empire State. I question my relationship with anyone that knows the love I have for Earl and still believes that today’s state senate vote was a favorable one. Not only do I question anyone that believes that, I also have to say that I feel sorry for you.

As my e-mail jingled at me today at work, just moments after the vote:

Earl and I were good little concert goers last night and heeded to the request printed on our ticket: “No photographs, recording equipment or outside beverage.” Hence, there are no pictures to share.

That being said, I must say that last night’s show was absolutely fantastic! I think it’s the first show that I’ve ever been to that started on time. At 6:00 p.m. on the nose, there was Margaret Cho, last night’s emcee, out there doing a little stand-up and introducing the first act.

Can I just say that I love Margaret Cho. While her routine is definitely PG-13 and more likely “R”, I really enjoy the fact that she says it like she sees it and she doesn’t hold anything back.

First up was a group called “The Gossip”. With three members, they are two-thirds gay with the third member GBA (gay by association). Lead singer Beth Ditto has a mighty fine set of chops on her. While I’m not a huge fan of the indy rock scene, I really enjoyed the performance.

After the Dresden Dolls, Earl and I jumped up from our seats and went in search of beer and food. We secured a couple of reasonably priced Bud Lights and Chicken Fingers baskets when I saw a familiar face coming through the crowd. I walked up to my one of my best friends from high school, whom I have not seen in 20 years, and said “Hi Scott.” He replied with a “hi”, quite uncertain of who I was. I coaxed him with a “It’s John” and he still didn’t recognize me (which I was finding a little surprising) and then reminded him who I was in which he gave me a big hug and kiss after realizing that this bald, bearded guy was the flaming red-head from his high school days.

Scott and his partner Mark, along with Scott’s nephew Steve and his wife Michelle(oh gosh I hope that’s right) and Earl and I caught up on old times during the next act, Rufus Wainwright. While Rufus played in the background, we made plans with Scott and Mark to get together and reignite our friendship by going camping at Hillside together this summer. I’m really looking forward to that.

Rufus was good too.

Next up was Debbie Harry, probably most famous as the lead singer of Blondie. Back in my radio days I had the opportunity to meet and hang out with Debbie backstage at a Fly 92 concert before her performance. She mentioned then that she wasn’t big on performing her Blondie stuff, and apparently she still feels the same way because she didn’t perform any Blondie hits at all, opting for stuff from her next album as well as “French Kissin’ in the USA”. Her new stuff is fun and I enjoyed her performance, but some others around us were looking to hear “Heart of Glass” or “Call Me”.

By now it was fully dark and the lights were dancing around the pavilion. Up next came Erasure. Fantabulous! Absolutely wonderful. Earl and I were on our feet the entire time. I love how tonight’s performers had at least one band member performing with a keyboard and a Macbook Pro. We were both out of breath singing “A Little Respect” and jumping up and down to “Chains of Love”.

To bring the show to a close, Cyndi Lauper performed for nearly an hour. The one that brought this show together, she is amazing. I really like the arrangement she did of “She Bop”, turning it into a rock-based track. Her final number was a beautiful arrangement of “True Colors”.

Earl and I are now proudly wearing our purple wrist bands, a gift from Cyndi to all last night. They say “Erase Hate” (see the link in the sidebar on my or Earl’s blog).

For more information on the True Colors Tour, take a look at this short Wikipedia entry.

Congratulations to the folks of Massachusetts – there will be NO vote on the ballot to ban gay marriage.

Now, if we could just get New York to wake up… sigh…

Earl and I are going to Boston this weekend for Cyndi Lauper (and others)’s “True Colors” tour. I think today’s victory is going to make this weekend’s concert even more energized.