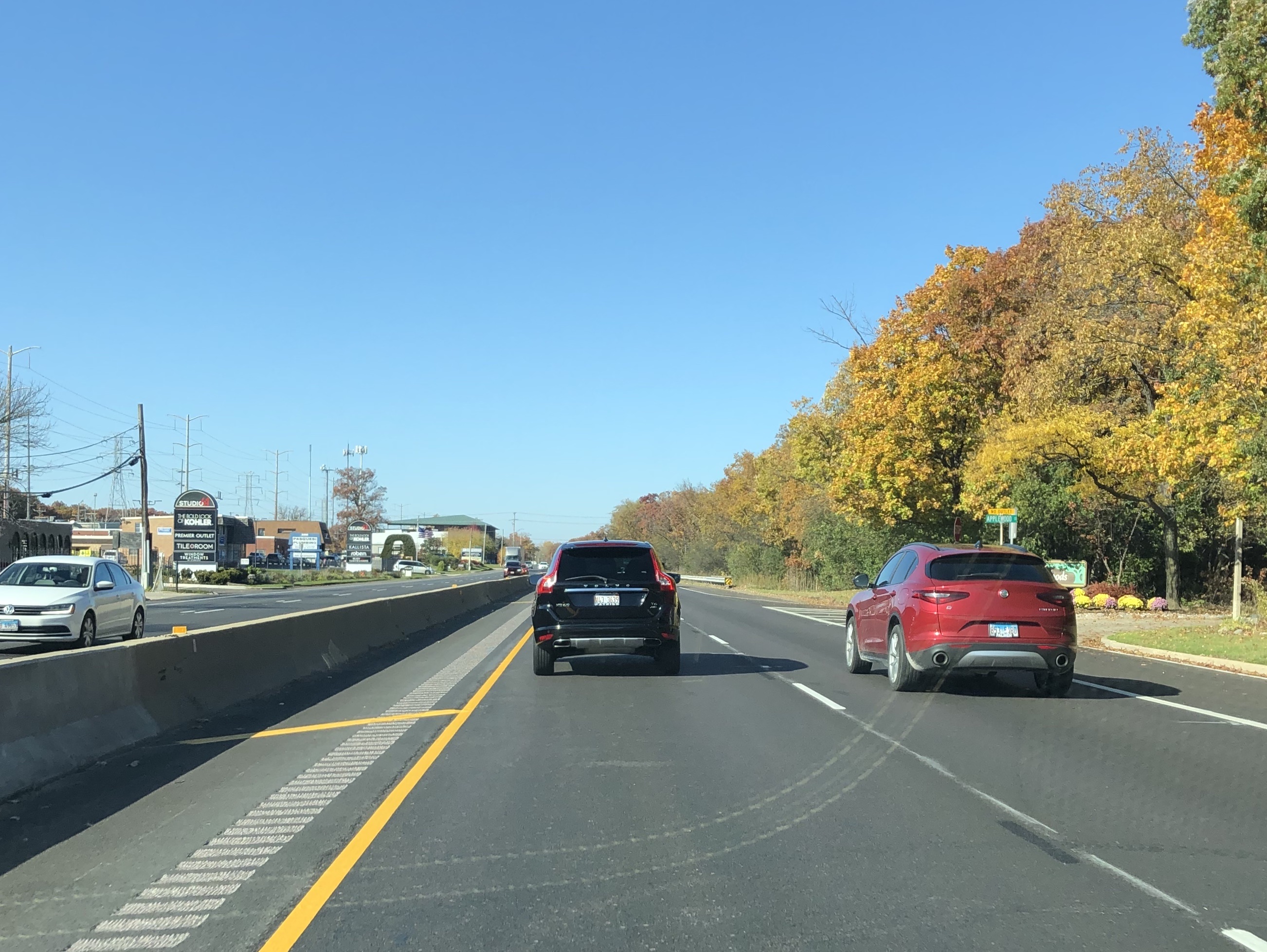 My husband comments frequently on my expressions of frustration while driving around the greater Cook and Lake County areas of Northeastern Illinois. His frequent comments are probably a result of the frequency in which I share my feelings about the drivers and society in general.

I fully believe we have an up front, first row seat at the drastic dumbing down of American society.

My biggest frustration with driving on the roads of the United States is that everyone is forced to the lowest common denominator for everything. Speed limits are set for people that can’t handle anything faster. Drivers have to constantly guess if a vehicle is turning in front of them or not because that driver can’t be bothered to use their turn signal. Motorists love to camp in the “passing” lane because they think they’re living life in the fast lane. The list goes on and on but you know all this.

The latest trend I’ve noticed is pulling over to the left side of an expressway with a broken down vehicle instead of the right shoulder like we all used to do until about five or so years ago. We can be in the middle of Iowa, hardly any traffic around, and a driver will get a flat tire and pull over to the left side of the expressway instead of the right side. This is most likely because they were camping in the left lane (the passing lane) instead of being in the right lane (the driving lane) where they should have been in the first place.

Left side shoulders are generally not as wide as the right side shoulders along American expressways and freeways. Unless there’s a grassy median (and not a concrete or steel barrier) with plenty of room in between the travel lanes of a high-speed roadway, you shouldn’t be pulling over to the left side of the road.

Another thing that makes me crazy here in Illinois is work zone speed limits. IDOT and the Illinois Tollway Authority love posting low work zone speed limits, which in theory, should increase safety for the workers. If a roadway is obviously under construction and workers are present, I’m all for lowering the speed limit. But lowering the speed limit for the duration of a project, even though the paving is done, the stripes are in place, and the new signs have been installed, and there’s not a shred of evidence of a construction zone aside from the “WORK ZONE SPEED LIMIT 45 $375 MINIMUM FINE” sign in a normally 70 MPH roadway, endangers workers in real construction zones. It minimizes the impact of these work zone signs and motorists just start ignoring them everywhere.

So little common sense these days.

Sometimes common sense takes effort to implement and unfortunately American society is becoming more and more lazy. Common sense is hard. Apparently it’s easier to just waver between lanes while catching up on Instagram and drinking a cup of coffee.

I’ll just stick to flying where the majority of pilots make a concerted effort to follow the rules.