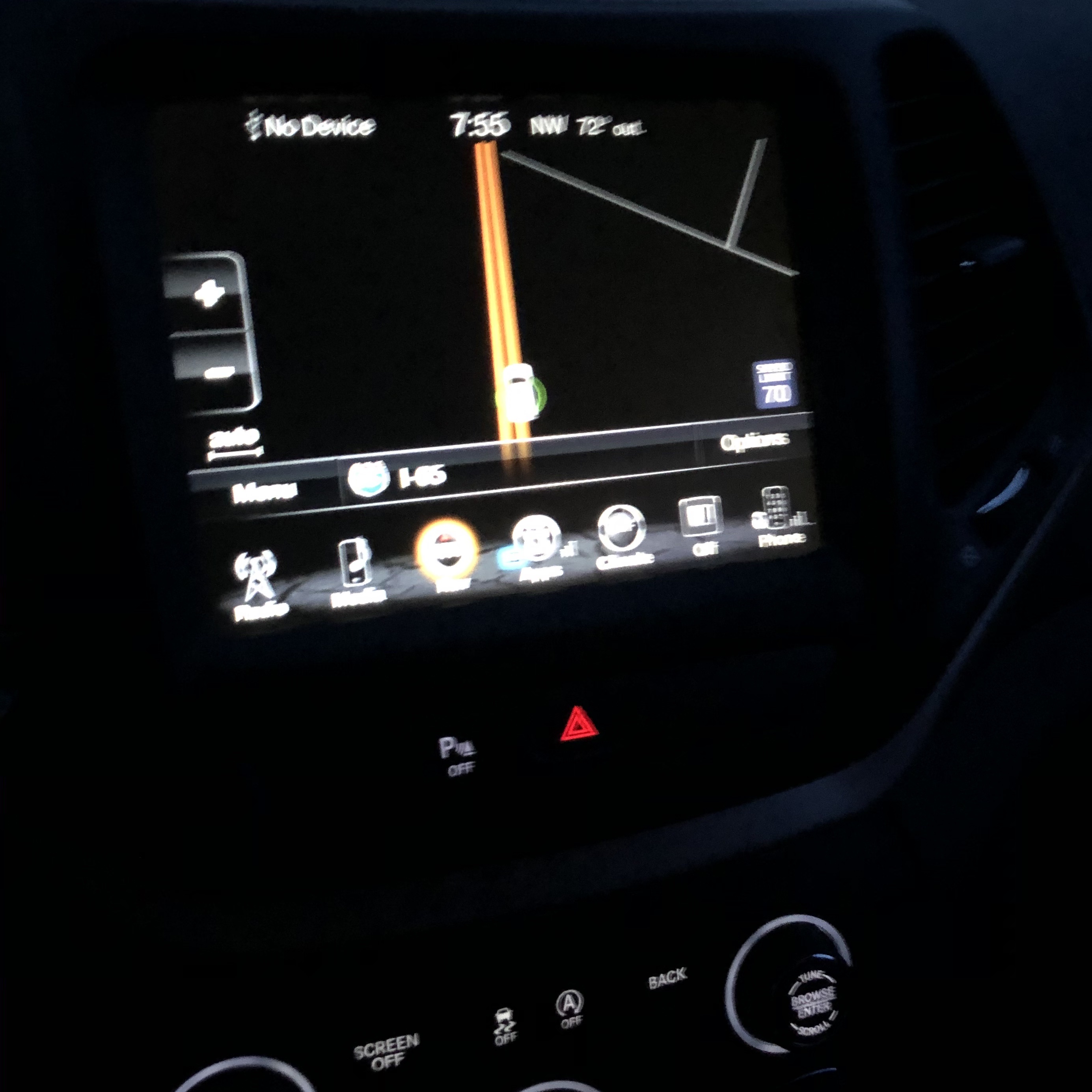 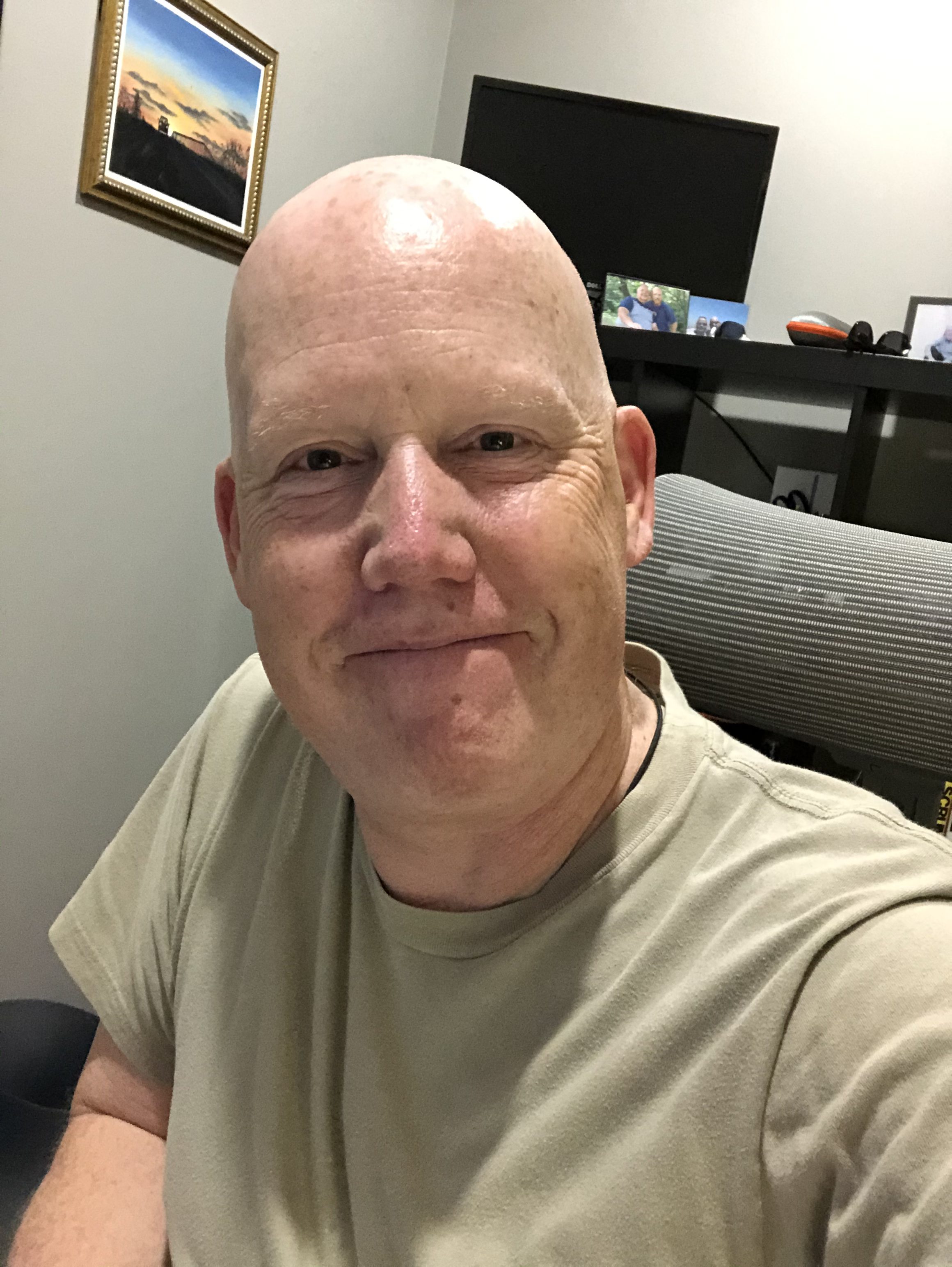 Truman isn’t a particularly cuddly cat. He has his own way of ritualizing his expressions of appreciation: every morning when I come out of the bedroom to great him he stands on his back paws and leans his front paws against my waist, without claws, but as if I was a scratching post. When I walk from my home office to the kitchen he jumps out from behind something and plants both paws against my leg and then runs, as if to say, “c’mon Dad, let’s play!”

Once in a while he’ll have his moments where he’ll give me a boop or a nudge to let me know he cares.

But pick him up? Nah, that’ll be four treats for five seconds, please. 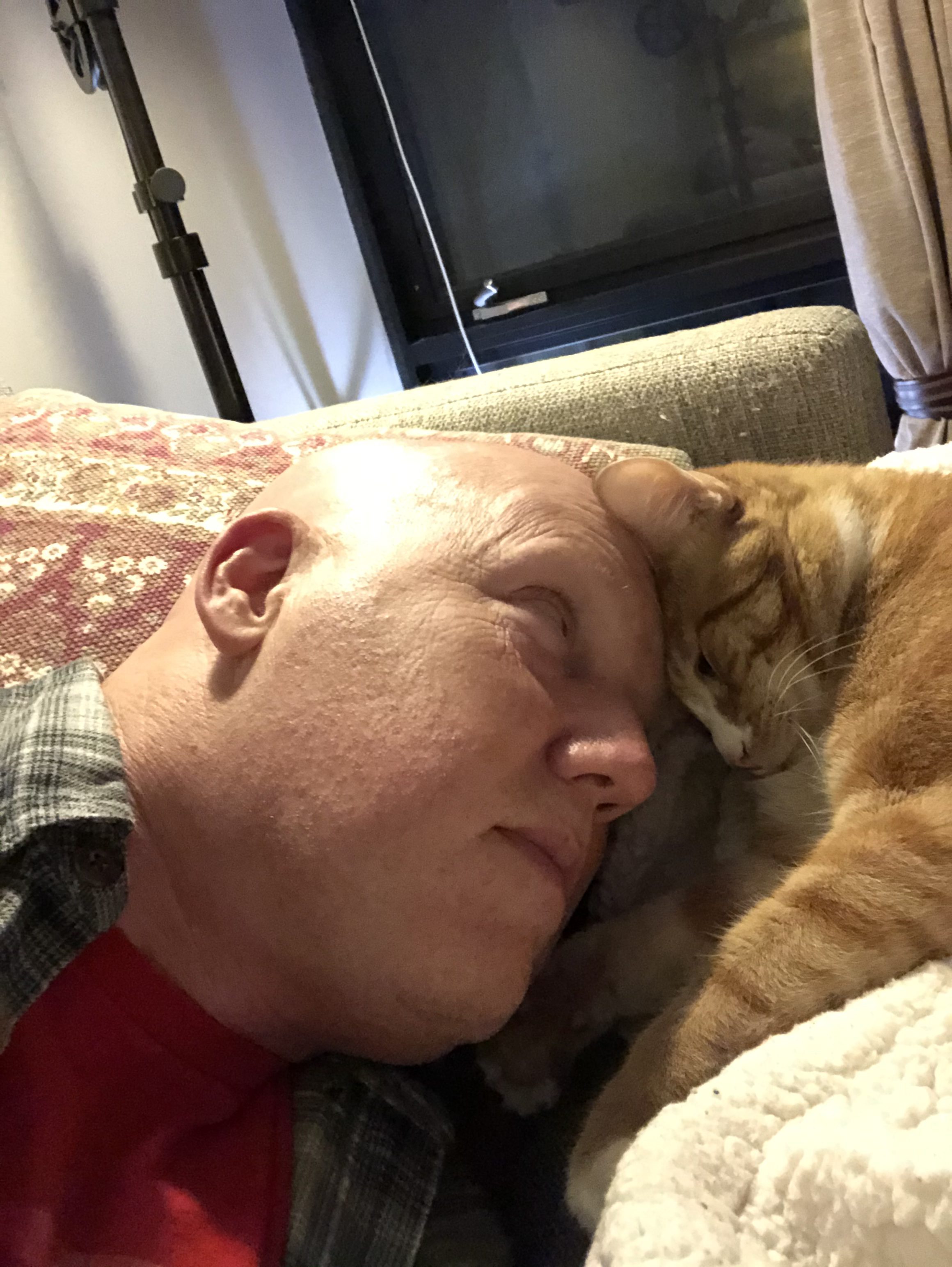 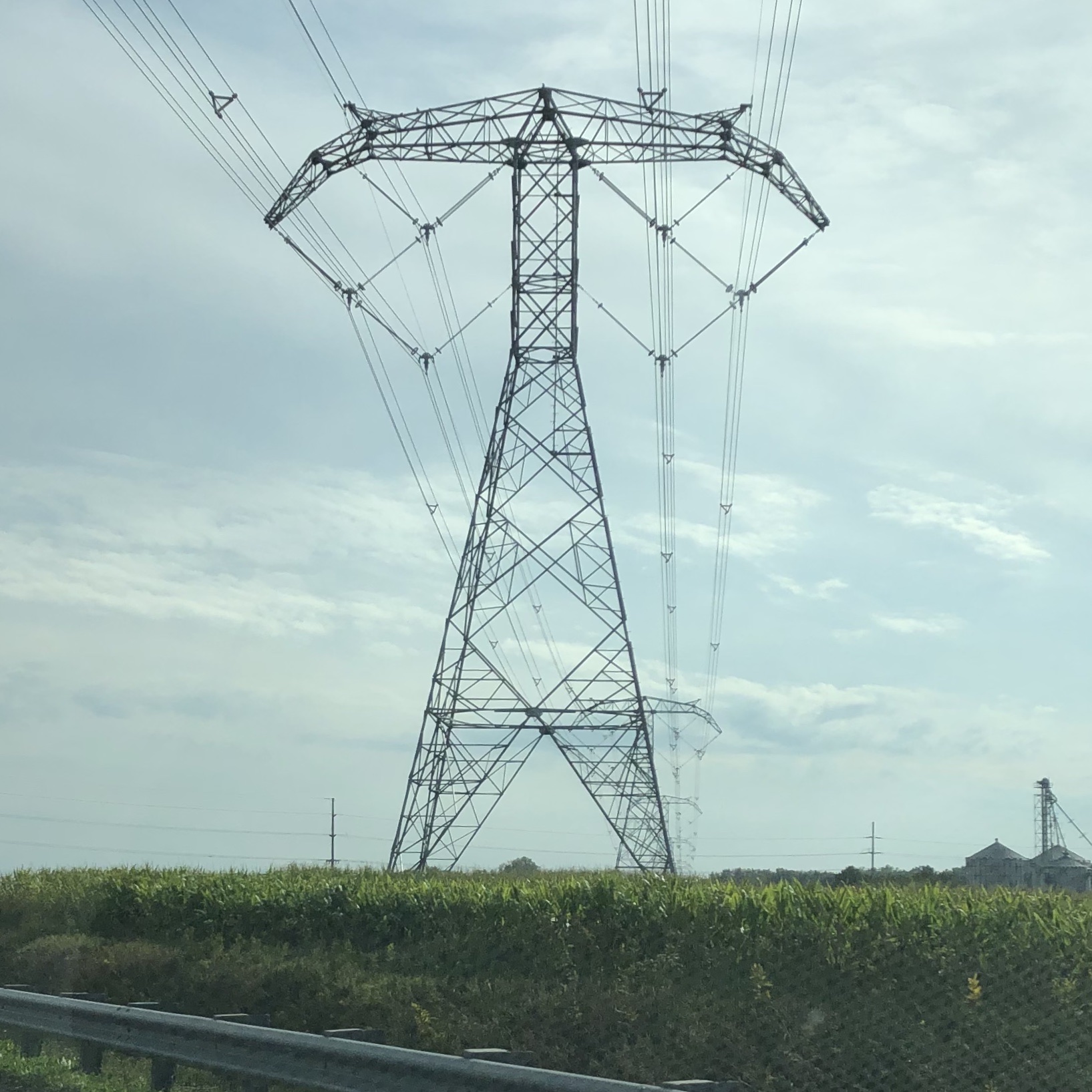 I’ve always been fascinated by power lines. It’s connected to my geeky interest of all things connected.

These lines march across Indiana a little bit north of Indianapolis. We traveled in all 50 states but I don’t think I’ve ever seen towers of this design before.

There’s a lot of power up there.

I’m not feeling all warm and fuzzy about the Presidential election coming up in 2020. The news media is going to milk this for every monotonous penny they can squeeze out of the event. How many debates and town hall meetings do we need to have, here 15 months out from the election?

In a bizarre act of god knows what that I’ll never understand, the Republicans don’t have the balls to admit that Trump is a freakin’ train wreck and run a sane, hell I’d take someone that just isn’t senile, candidate in place of Lord Orange Flauntimess. The Democrats are literally throwing anything and everything they can against the wall to see what sticks and what falls like limp spaghetti.

The American public is going to be so burnt out from the process I’d be surprised if anyone turned up at the polls for primaries, let alone the general election.

I just want a candidate that doesn’t care about my love life, encourages people to work hard and better themselves, and recognizes the separation of church and state. Is that too much to ask?

I’ve talked about my gripe with the new LED streetlights installed by the city of Chicago. They’re way too bright, the light is harsh, and there’s no cover over the bare bulbs. If you glance upward at one of these monstrosities you’ll sear a Retina and have a spot in your field of vision for hours afterward.

They’re a great intention but a horrible execution.

One of the other delights about these new lights is the light given off doesn’t “spread” very well. You’ll notice in the photo above that’s it’s nearly as bright as daylight directly under the light but walk a few feet into the shaded portion of the sidewalk and you’re in near darkness. I’m sure the folks in the adjacent condos like that, after all, they can sleep without constant light barreling into their rooms, but there’s a lot of shadows in there that defeat the purpose of the brighter light to begin with.

My naive thinking has always thought light is light and light is going where light wants to go. But it appears LED light doesn’t create a warm glow that spreads all over. There’s no warm and fuzzy under a streetlight in the City of Chicago.

The definitely a delineation between the light and the darkness. Could be a sign of the times.

I’ve tried to give up Twitter and Facebook, but I felt very disconnected from online pilot friends, the shenanigans in the White House, and family back East.

I don’t like the fact that we’ve come to rely on these ridiculous social media companies, but they’ve become as ubiquitous as Direct Digit Dialing.

Let your fingers do the walking.

Earl and I are watching the premiere of the 654th season of “The Voice”. They’ve amped it up this season and now spin the chairs three times before someone throws a jacket at the performer and they decide to wear it. Blake Shelton is handing out hip waders.

If we are going to have family time watching “The Voice”, I have to admit that I only like the blind auditions. I actually enjoy Kelly Clarkson and Gwen Stefani very much, and as long Xtina (was that designation gay enough?) doesn’t make an appearance I’m content.

So far the male performer with Asperger’s (I didn’t catch his name) has wowed me a lot. The others are good. A few try too hard. I miss the days when emoting != screaming.

Truman isn’t much of a cuddler. When I lay down on the couch the best I can hope for is “cat adjacent”. I’m perfectly fine with this.