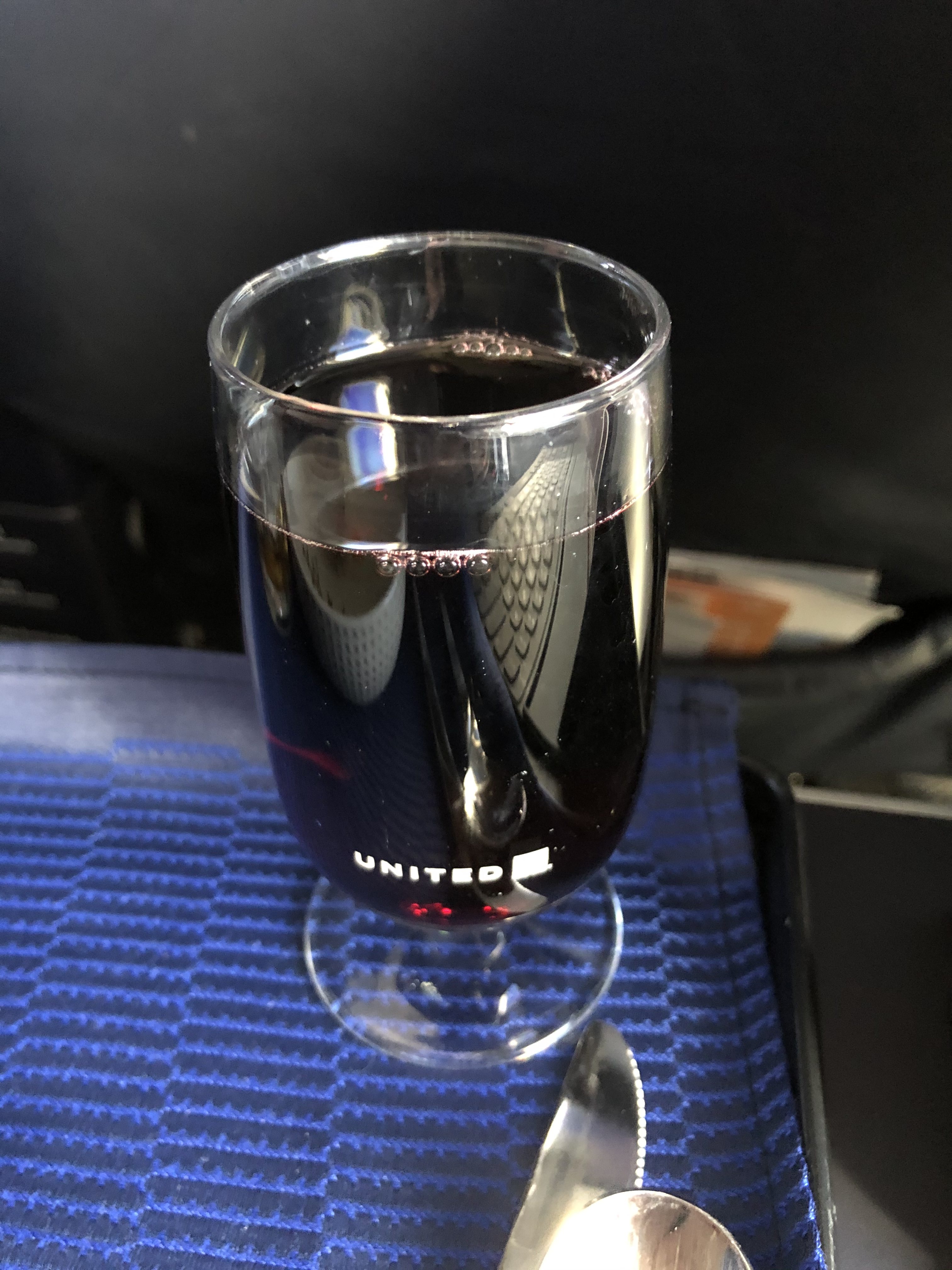 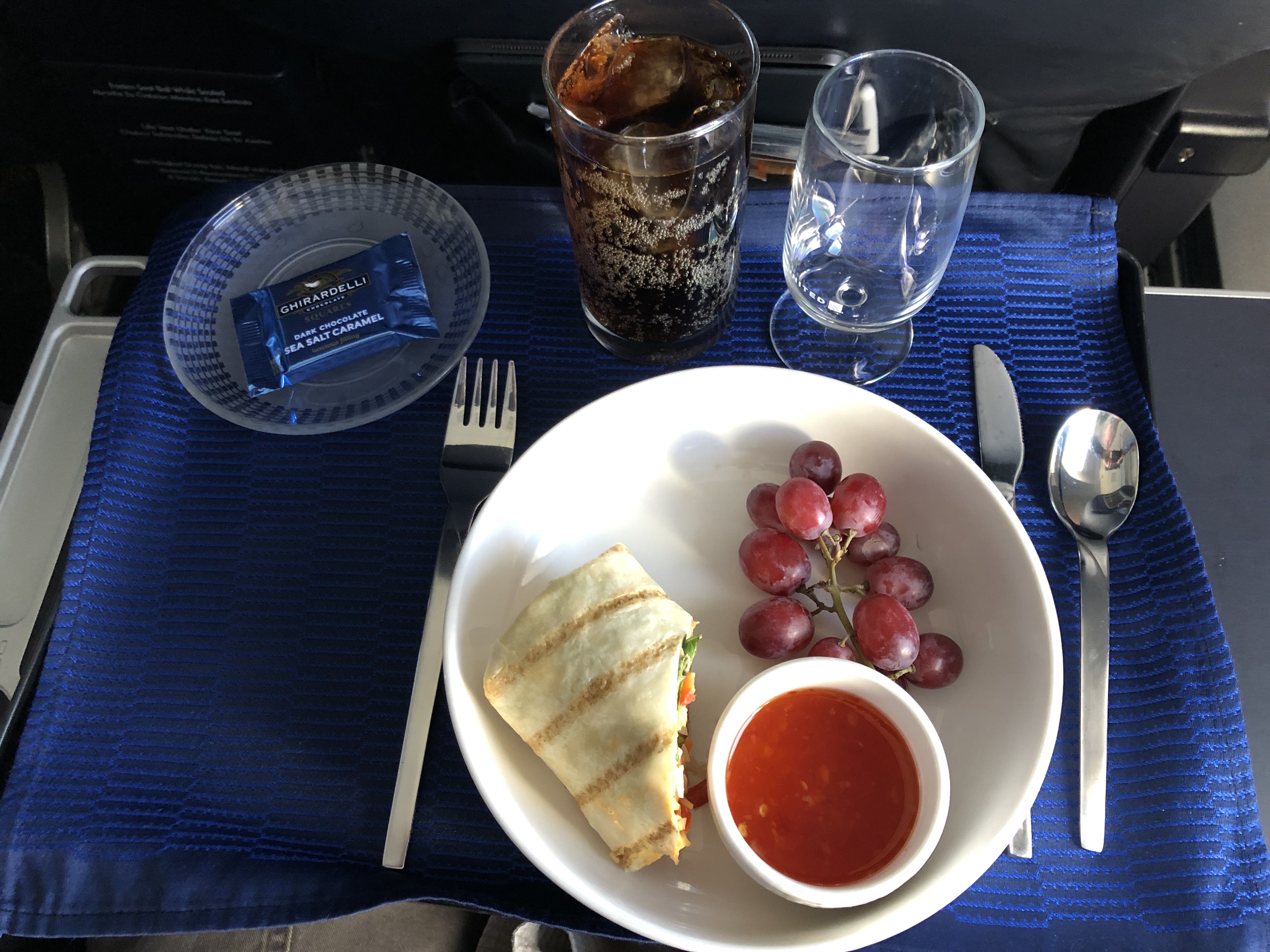 My husband is kind enough to adjust our budget so we can invest some money and accumulated miles and fly First Class when we go on vacation. I’ve always said any seat on an airplane is an awesome seat, and I firmly believe that to still be true, but the other truth of the matter is seats get even more awesome the closer you get to the front of the airplane. If I am not able to be in the cockpit, I want to sit in the single digits.

I joke a bit while we’re up here, talking in my best Thurston Howell III voice and not making eye contact with the riff raff as they make they’re way to the back of the airplane where the recycled air is and kids scream at the top of their lungs. In the back of my mind I know our ability to travel in style could change in an instant and we are very blessed to be able to do what we do.

But I do enjoy traveling this way while we can.

I follow several bloggers that spend their days flying from one continent to the next, usually with a more luxurious experience, all on airline miles earned while hacking the credit card system. I admire this. My husband, being at the very tail end of the Baby Boomers, believes in debit cards. “Can’t spend it if we don’t got it” (in his best Philly accent). On the other hand, I’m one for gaming and hacking the system the best I can. Let’s build those miles and enjoy the caviar, dahling. While he says, “use the United card only for restaurants and hotels”, I believe in buying everything and anything on whatever card is going to get us the biggest bang for the buck. Cash rewards? Check: Apple card. Mileage rewards? Check: United.

The key to enjoying this frivolity and not going broke while doing so is part of the mantra I have lived by for my entire adult life: “always be aware of your surroundings”. This includes knowing your balances, knowing your budget, and remaining within your parameters. It’s like being a private pilot. It may look clear and sunny and an utterly gorgeous day to fly, but if the crosswind exceeds your personal minimums, stay on the ground.

Don’t go in the red and bang up the airplane.

We are on United Flight 848 from O’Hare to Orlando. The whole family is along for the ride and the four of us are in row two of this Boeing 737-900. We are spending the week at Walt Disney World; the house sitter has been installed to keep Truman company while we’re gone.

As a private pilot I always feel inspired to push my flying career further when I’m flying commercially. My grandfather and father, both inspirations as to why I became a pilot, were happy with their Private Pilots’ Certificate flying under VFR conditions and building airplanes in the basement of their homes. I did not inherit the talent or desire required to build my own airplane; I’m much more interested in the tech around avionics when it comes to that stuff. Dad flew with a six-pack. I want glass everywhere.

One of the only challenges I face as a pilot since we moved to Chicago is getting enough time in the cockpit. It’s at least an hour drive to get to either Chicago Executive or Waukegan National (the two airports where I belong to a club and have rental aircraft available). It’s doable, especially when I crank up the tenacity, but occasionally work gets in the way or Mother Nature has different ideas. Back in Upstate New York I used to fly around 80 hours a year but this year I’ll probably fly around 40.

I need to amp that up, as it lends to my frustration quotient.

As a private pilot I have shied away from flying a computer. I’ve done it a few times and my head always goes into a “I wonder how this thing is working” mode. Plus, I’m not feeling anything. I rely on tactile sensations when I’m flying and a computer just doesn’t provide that, at least in my experience. I’ve never flown a full motion simulator but I doubt it’s in our budget and my husband would never let me put one in the condo.

I’ve seen glimpses of Microsoft’s planned release of Flight Simulator. I’m intrigued. I’m thinking it may be time to make the investment in a computer setup where I can practice my instrument approaches and stay in the pilot mindset, especially during the crazy winter months we experience in the Midwest.

I’m going to put together a purchase quote for the accounting department of the household while enjoying this United flight to MCO.

It’ll be a nice way to sit back, relax, and enjoy the Friendly Skies.