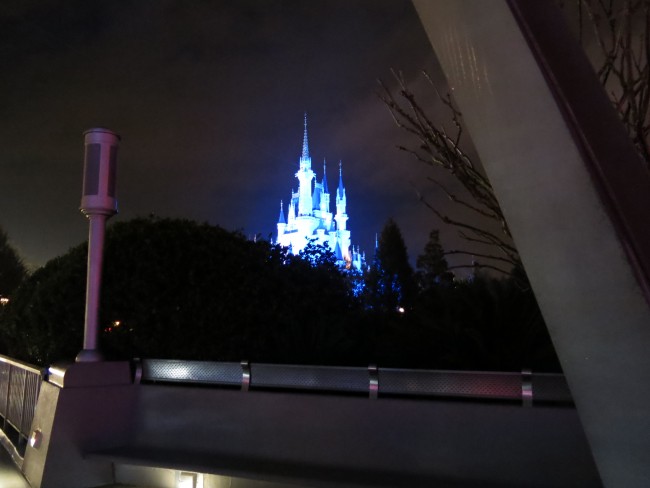 As a software engineer by trade with a keen interest in civil engineering, I am always fascinated by the seemingly well-oiled logistics that run behind the scenes at Walt Disney World Resorts and Parks. I’ve been fascinated with the way things run at the House of the Mouse since my first visit in 1997. I’ve tried to find some historical information on how things worked before the Digital Age, but other than references to “E” tickets and the like, there’s not a lot of information on the web.

For those that have not visited the parks and resorts in Orlando, I’ll give you a really brief overview of how it works. When you’re a resort guest (staying at a resort on the property), you wear a “MagicBand” around your wrist. The MagicBand lets you do everything. It’s your key to your room. It’s your admissions ticket to the park. It’s tied to your charge account so that all purchases are paid using your MagicBand. It’s scanned by photographers scattered around the parks taking portraits. And it’s your FastPass+, allowing you to take advantage of the “line hopping” service offered by WDW.

I had the opportunity to see a computer screen as I walked into the Pirates of Caribbean attraction using FastPass+; if the cast member was attentive, he would have been able to say “Welcome back, J.P.” as the screen had my name and the fact that I was a return guest to the attraction. From what I have read online, there are RFID readers scattered throughout the park tracking guests’ movements, so that Disney can move staff appropriately and/or use the data to tweak the magical experience that Disney is trying to offer.

Having this one access point around my wrist is wicked cool. Yeah, there’s a Big Brother concern to it, but anyone that thinks they’re going to be able to wander around such a popular tourist destination without being part of a constant surveillance program is naive. Cameras are everywhere in today’s world. Folks have been able to take a photo of our cat sitting in the driveway of our house long before Google Maps was around. People can take a photo of you from space at their whim, so if giving my touristy habits to Disney through technology is going to make my vacation more enjoyable, I’m all for it.

Not surprisingly, there’s not a huge amount of information available as to the systems that power all of this data integration and interaction, but from my casual observation it looks like a lot of it is running on Linux with Microsoft Windows on the front end in some spots. The point of sale systems are running on NCR terminals but it looks like the same software they were running on the older IBM systems in the early 2000s. The backends are most likely running on a Linux system tied to a giant database.

Disney also offers apps for both iOS and Android devices. These apps show all the photos that are taken by Disney’s photographers and the photos that are snapped on the attractions. They also show what “FastPass+” tickets you have waiting, your dining and other reservations and allow you to do many other things. Wifi blankets all areas of the parks and resorts, so you’re not using your data plan minutes to access any of this information.

Disney has embraced technology and I think the logistics behind it all are well thought out and fascinating.

When technology is used the proper way, the experience for everyone involved can be absolutely magical.