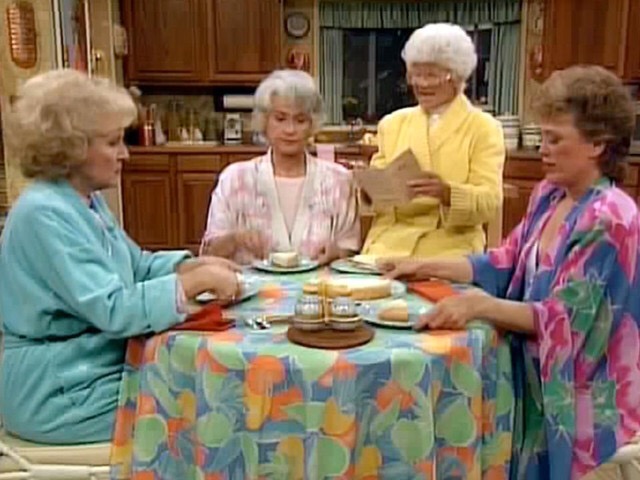 Earl and I are currently at a local eatery enjoying a dessert after a delicious homemade supper. The local eatery has a decent reputation in these parts. Perhaps you’ve heard of it, it’s called “Café Florentine”.

We don’t have Starbucks within 50 miles of the house. Actually, that’s not true. There’s a Starbucks on the Thruway Service Area about 15 miles from the house, but you’re suppose to get on the Thruway, stop at the service area and then exit the Thruway, paying the appropriate toll along the way. And since the Thruway Starbucks is a service area, it’s not a “real” Starbucks, but rather just a stand in the middle of traveler amenities such as Burger King, S’barro and a mini mart that sells bottles of water for $4.00 a pop. I’m not sure on the price of actual pop.

The Café Florentine display cases featured many delicious desserts this evening. A peanut butter and chocolate cheesecake caught my eye, it looked like regular cheesecake with graham cracker crust, a peanut butter topping and sprinkles of chocolate nuggety goodness. In the mood for such nuggety goodness, I ordered a slice. Earl ordered a raspberry “pusty”, which in these parts is short for pasticiotti.

Earl’s pusty was delicious, judging by the speed in which he consumed it. In reality he didn’t eat it that fast, I’m just consumed with writing this blog entry and that shifts my perception of time a little bit.

Now, I’m not one to complain (well, I guess I really am), but when you’re in the mood for something like a peanut butter laced piece of cheesecake and you get half of a peanut butter and jelly sandwich plopped on top of a piece of cheesecake, your senses feel assaulted in a less than orgasmic way. (Mind you, I refuse to talk about “mouth feel” but I don’t mind describing a taste sensation as orgasmic.)

On a scale of one to ten, I’m giving this cheesecake experience a 4, one for each seat, including the extra kitchen chair we never saw, on “The Golden Girls”. No points for the stool that Sophia always dragged to the table.