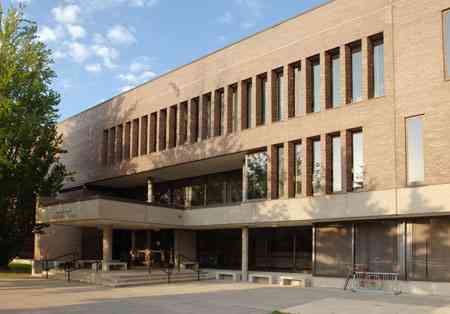 It was about this time of year three decades ago that I received a letter from SUNY Fredonia, the college I had applied to and auditioned at with hopes of becoming a Music Teacher. I can still vividly remember the drive to the western New York college campus with my Mom and Dad to see the campus and audition in front of the folks that did that sort of thing at the music school. At the time I felt confident; for the previous five years I had been in every “select” chorus at high school, had solo parts in the school musicals, successfully completed music theory classes, had performed at other civic functions as both part of a group and as a solo vocalist and had been part of All-County and All-State choral concerts. In daily chorus classes I was asked to sit next to those that would struggle with harmony; I could “sight sing” with the best of them. My knack for finding the harmony was strong and though my range was on the low side, I had a decent range to my singing voice (bass, baritone and relatively middle tenor).

I was nervous at the audition. Going into Mason Hall at SUNY Fredonia, I came to the realization that many of the others there had private vocal tutoring as part of their repertoire. I had practiced my three selections with my high school chorus teacher and I felt comfortable, but I had never had formal singing lessons. Going into other auditions as a teenager I felt confident; when I realized that others around me for this college-entry audition had much more training than I did, my confidence was rattled.

I had to sing three songs. One had to be in something other than English. My first song was “This Nearly Was Mine” from South Pacific. I was nervous but felt I nailed it.

“Wow, you have a really pop sound to your voice.”

Next I sang something in Italian and I’m sure it sounded as close to Italian as someone with a nasally Central New York accent can muster. I wasn’t confident with this song. I didn’t know what I was singing so I probably sounded more mechanical than emotional on this song. I could have been singing about unrequited love, a beautiful sunset or a delicious pizza. I had no clue. Phonetics was the name of the game.

I don’t remember what my third song was, but without any response from the audition board to the Italian song, I felt lost.

After my three songs I had to sing by ear. The pianist, a Dr. Hartley, who very much resembled Les Nessman from “WKRP In Cincinnati”, banged out a bunch of random notes and chords and asked me to reproduce the notes. It was like a game of “Simon” but without the lights or colors. Next, I was given a piece of music, this one in French, and asked to sing it by sight. No practice. I muddled through that in a somewhat hesitant fashion.

I was then thanked for my participation. Back then in 1986, one was not given a trophy just for participation. Several weeks later I received a letter in the mail. The letter stated that I was not accepted into the music school at SUNY Fredonia. They then wished me the best of luck in my future endeavors flipping hamburgers at Burger King.

I felt rejected, dejected, hurt and confused. No one would believe that I was not accepted to the music school. My band teacher called SUNY Fredonia and got me a second audition for instrumental performance as a tuba player. It wasn’t what I wanted to really do, playing the tuba was fun but it wasn’t my musical passion, singing was my passion. We went back to Fredonia, I played a couple of songs on my tuba and I was accepted into the tuba program. Getting anywhere with my tuba was easy because there’s not that many tuba players around. By the end of the first semester I was expected to play “Flight Of The Bumble Bee” on the tuba. The tuba professor (he played tuba and was shaped like a tuba) wasn’t really that encouraging. He, like the vocal audition board, really didn’t think I had what it took to be part of the school of music at SUNY Fredonia.

After a brief stint visiting a local school to teach some junior high schoolers, I decided that the cards were stacked too far against me and I dropped out of music. My dream was shattered. My plan to become a music teacher, long enough to get experience and a solid financial footing under me so that I could perform as a vocalist in a semi-professional manner, was crushed.

That year long experience has influenced my confidence, to varying degrees, for the past 30 years. But today, at this moment, right now, I feel the need to say “fuck them”.

I found my way to a technologically based career and I have one of the best gigs imaginable. I love what I do, I love the company I work for and I love the team I work with. Honestly, it wasn’t until I started to become a private pilot that I truly found my confidence. Maybe it has something to do with finally coming to my own in my mid 40s.

The memory of my music school experience has been on my mind and typing out this blog entry has helped me resolve that nagging bit of insecurity that has been lurking in a small little corner of my brain. I don’t know where I would be today had I become a music teacher.

Honestly, I don’t really care. I’m happy right where I am.