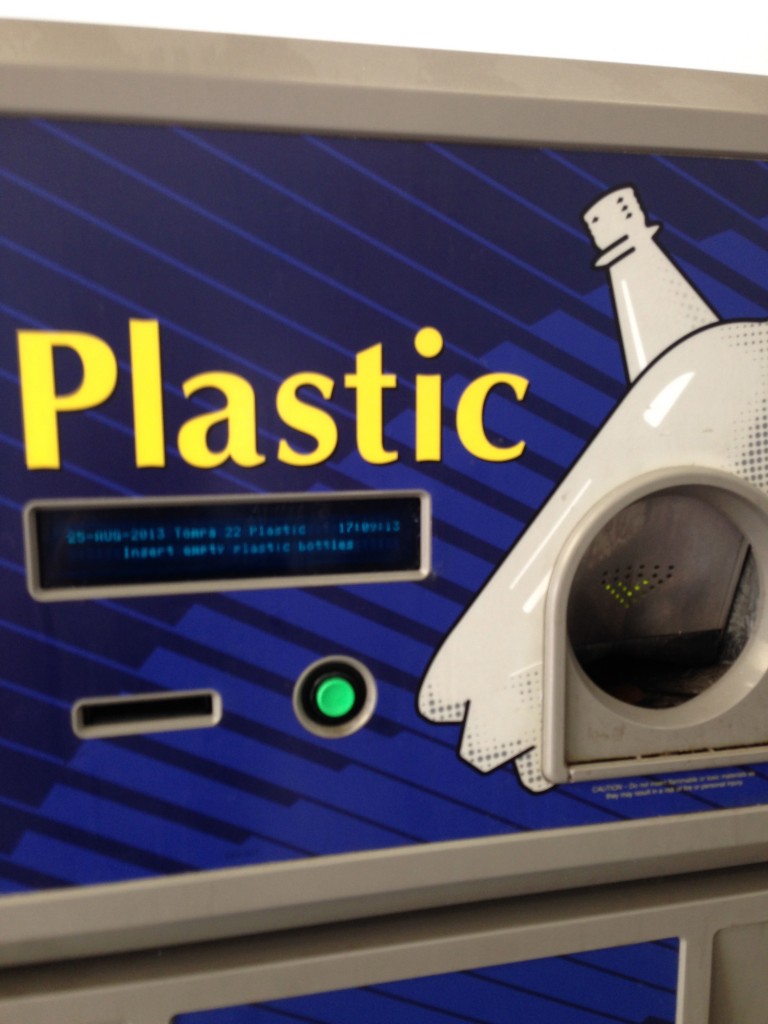 New York State, like a handful of other states in the United States, has a container law which requires the inclusion of a bottle deposit on drink bottles. Originally limited to beer and soda pop bottles when the legislation was introduced in 1984, the law now applies to many different kinds of beverage bottles (water bottles, etc). The mechanics are simple: you pay an extra $.05 for each bottle you purchase (for example, an extra $.30 when you purchase six pack of something) and when you return the bottle you get your nickel back.

The idea behind the effort is that it is suppose to curb littering and encourage recycling. I can speak to the former: I believe it has helped with littering efforts but I don’t know if littering is down because of the bottle law or because of general societal trends. I can’t speaking to the recycling effort: I don’t know what happens when a bottle is returned these days, we plunk it in a machine and the machine makes belching noises and adds $.05 to an accumulative credit slip. Don’t forget to press “Finished” when you’re done!

Earl and I lived in our previous house for six years. When it was time to move we had six years worth of returnable bottles bagged up and shoved in a dark corner of one of the barns. Too lazy to return the bottles, we donated the effort to a local civic organization (I think it was a high school band or something) and we were happy that they got to keep the proceeds of bottle return money. While I’m assuming returning bottles is making the environment a better place, we are lazy when it comes to returning the bottles. The vast majority of markets/packies/beverage places that take bottles for return have automated the process with machines must like the one pictured above, but it’s just a pain in the butt to actually return the bottles. Since New York State is famous for taxing its citizens to death, we just figure the $.30 on a six pack of whatever is just another New York tax and I’m sure the government enjoys that line of thinking. We don’t return bottles now until they start overflowing all over the garage floor. In the past we’ve convinced others (mainly Jamie) that they can keep the money if they return the bottles, but the lure of a little pocket cash isn’t as strong as it used to be.

Maybe we should start saving them up again for another civic effort and we’ll donate them if we decide to move someday.