So on Saturday Earl and I went to the great New York State Fair. The New York State Fair takes place on the ten-days leading up to Labor Day and we try to go and enjoy the festivities every year. The arrival of the fair is bittersweet, as while a fun day at the Fair is always enjoyable, the arrival of the fair signifies the winding down of summer.

I try to focus on the fun part.

We tend to follow the same routine when we go to the fair this year, so we started out at the Center of Progress building, which is actually a building where lots of vendors fall out of their television sets and start selling their stuff in person (markers that erase, wondrous mops, teflon pots and pans, unbreakable glass, you know the type). This year, however, we were surprised to see that the Sand Sculpture had been relocated to the Center of Progress building. A couple of years ago the fair folks messed with the existence of the sand sculpture and there was an outcry from the community (it had been replaced by a mockup of President Bush’s oval office). I was prepared for outcries on the relocation of the sand sculpture this year, but people seemed to go with the flow. 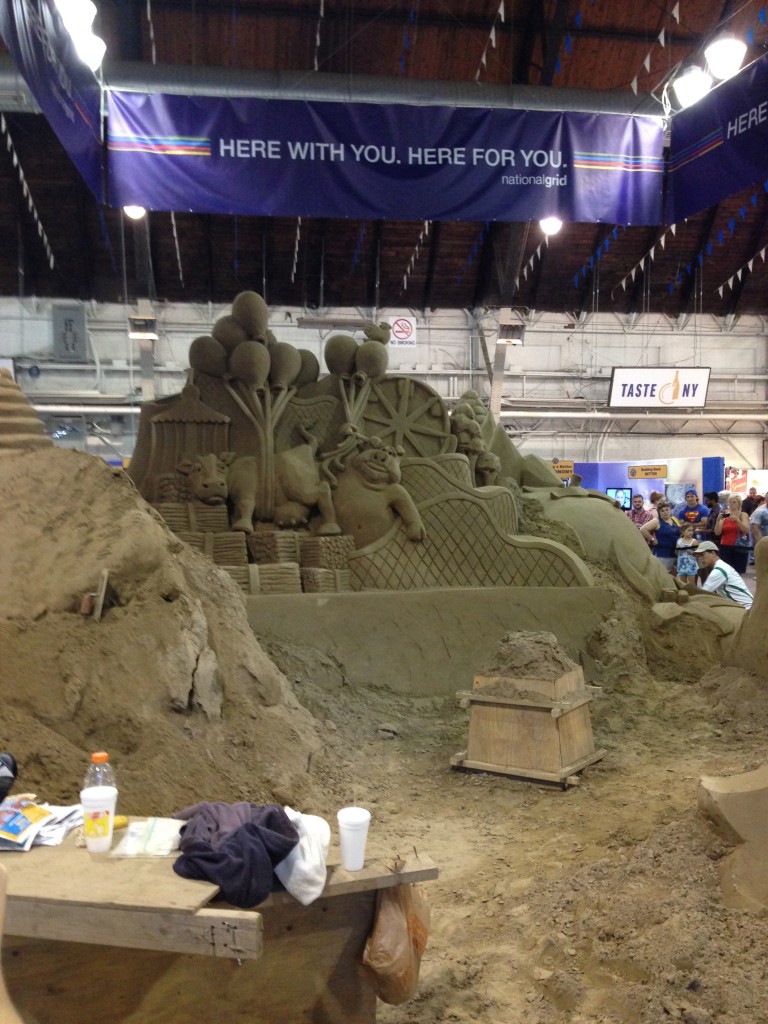 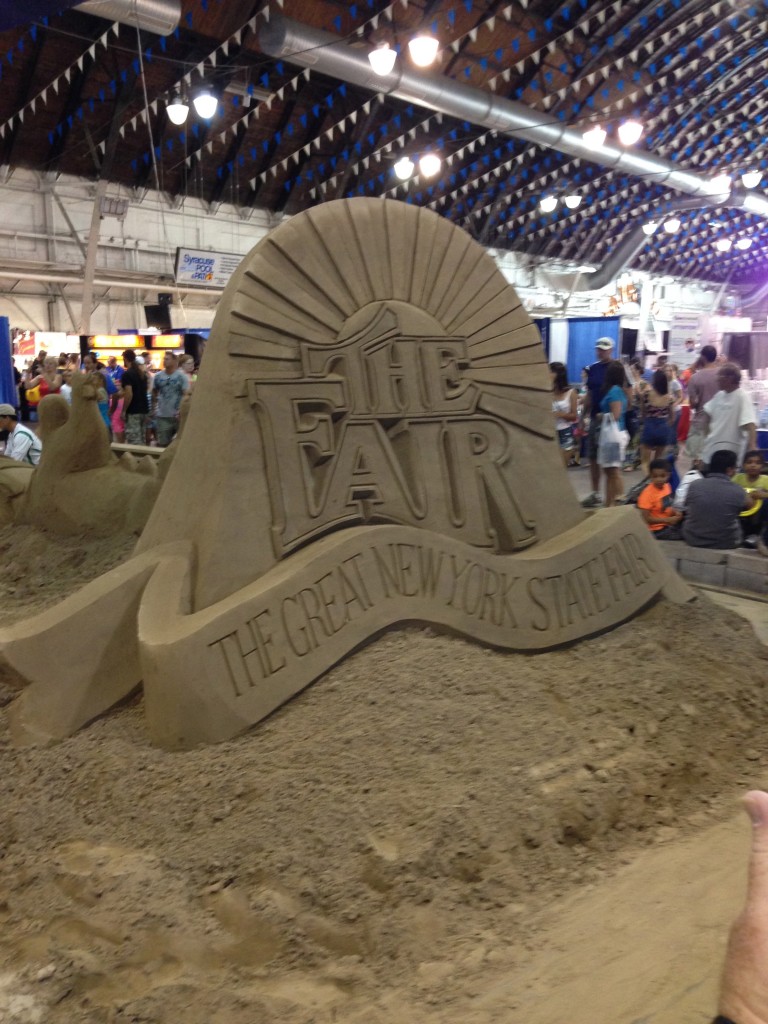 We tend to focus on the agricultural stuff more than the midway and the like, including going through all the barns and watching the various animal competitions. Earl likes to name the hens and roosters after rock stars (usually Tina Turner), this year I snapped a photo of this stately guy. 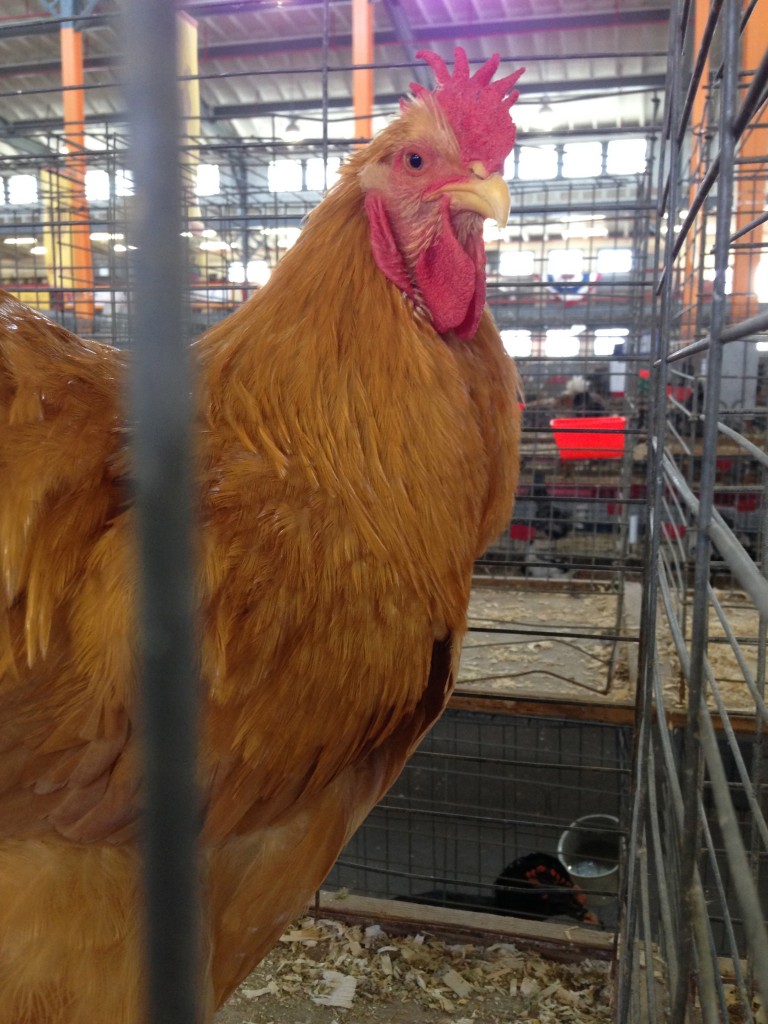 There were several improvements in the horticulture and the International Food Pavilion buildings, but this year we decided to stick with the tried and true and we ate dinner at Baker’s Chicken Coop. 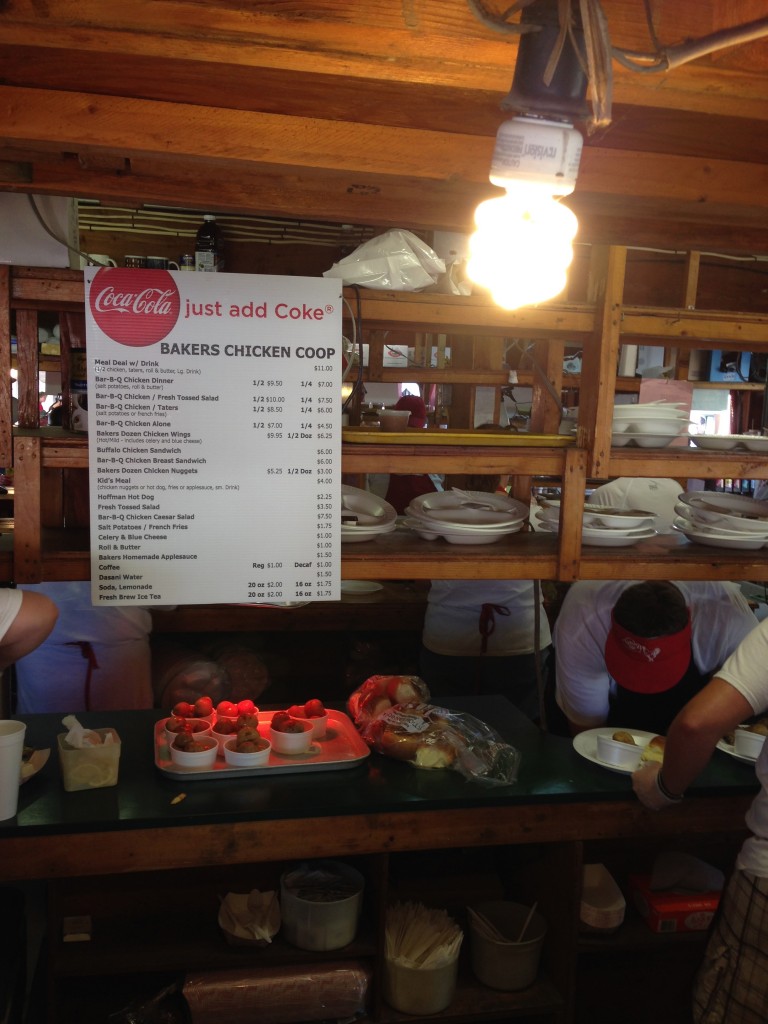 I am always fascinated with the way the staff at the various eateries handle the fair traffic. Many food places are in permanent buildings on the fairgrounds; Baker’s Chicken Coop is in the taller of the A-Frames alongside the barn. The buildings get used only a few weeks out of the year and I’m sure they’re just hiring teenagers from wherever to handle the counter duties, but it’s always been a friendly and good experience for us. 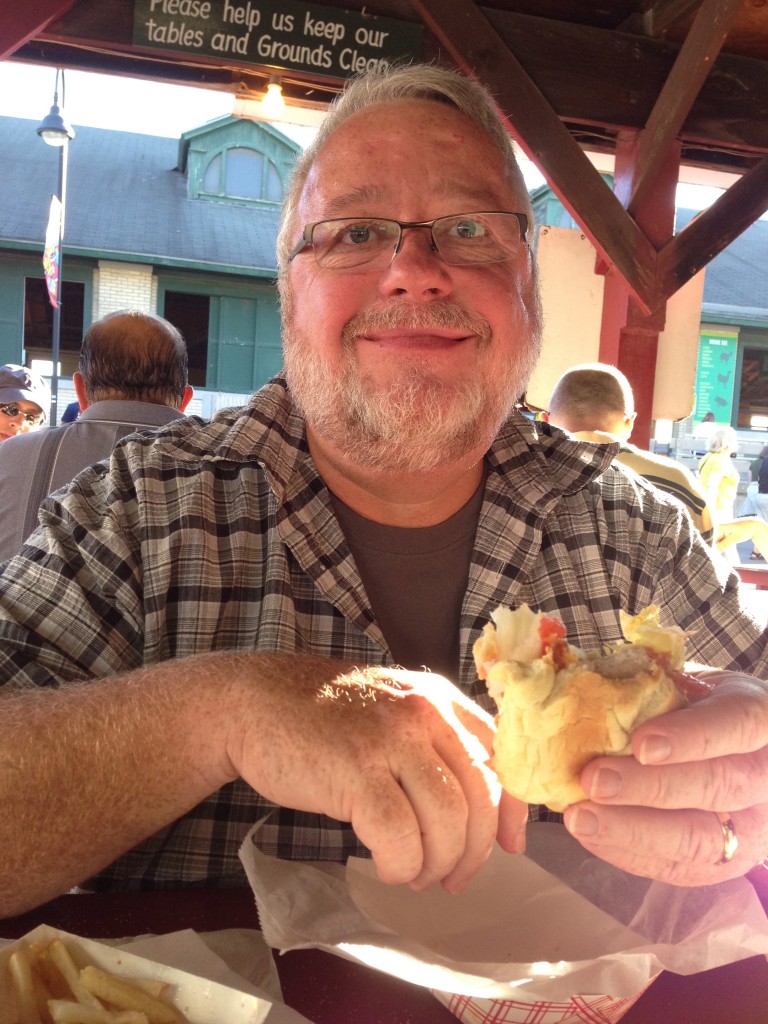 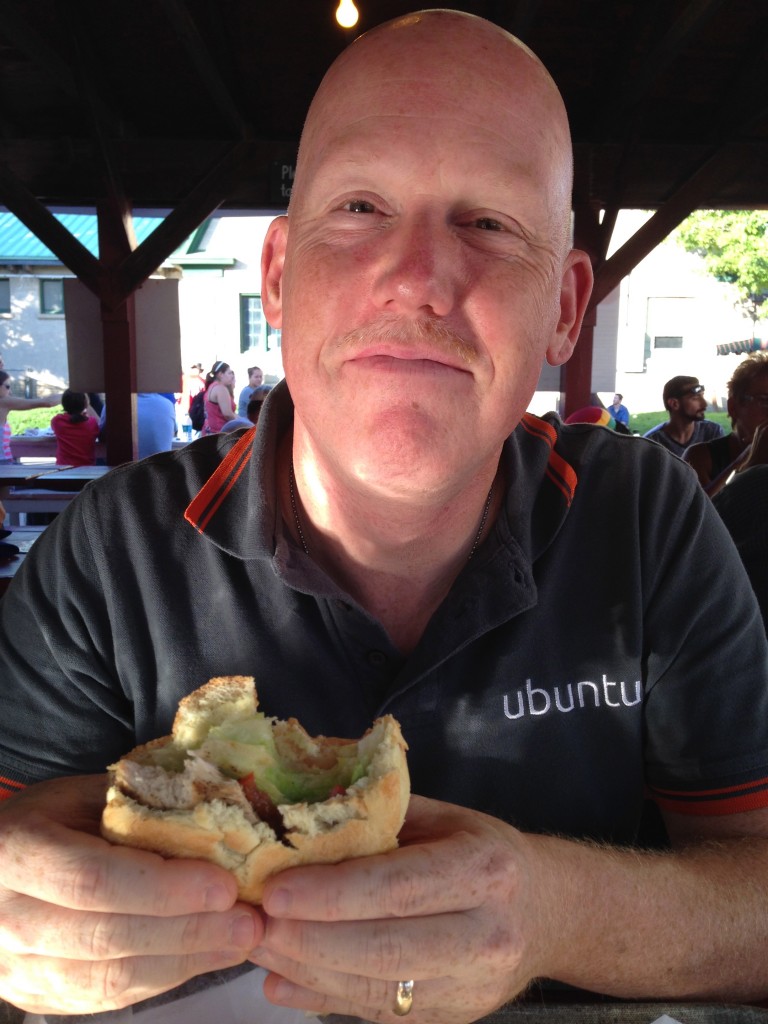 When we got down by the 4H building and the Youth Pavilion, we noticed a chorus of youngsters assembling on the stage so we thought we’d sit around and listen to them sing a few tunes. 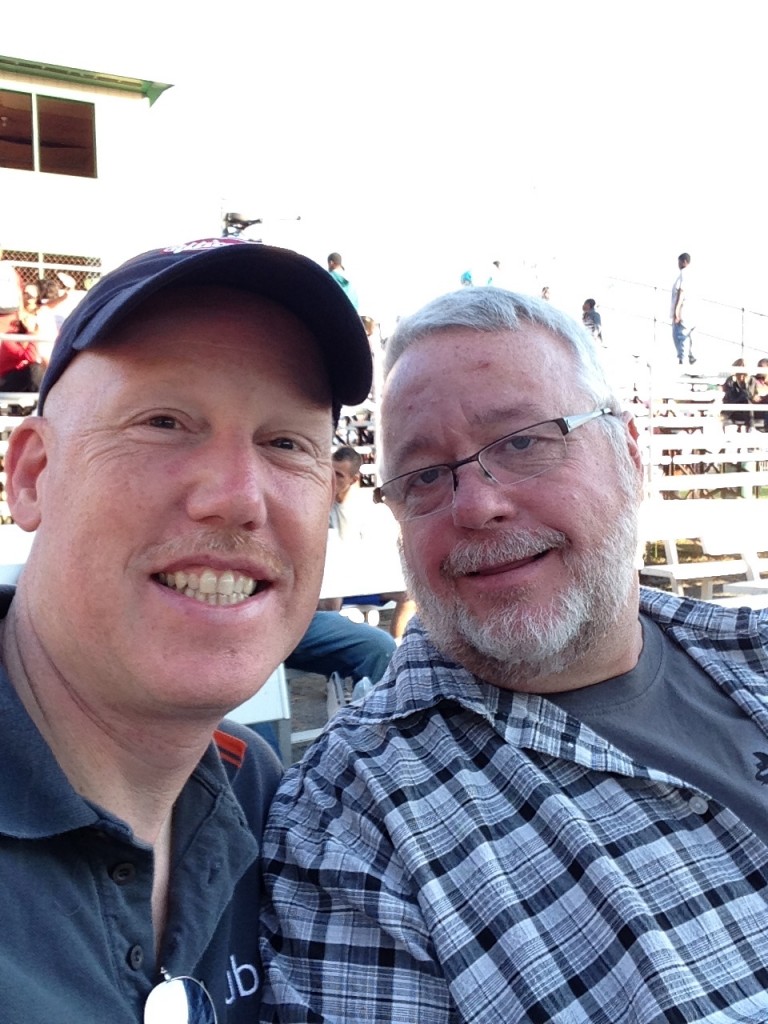 It took them quite a while to get things set up. Once they were ready, a man came out and started shrieking and praising and yelling about the gospel and the savior and all that; the concert was a full-out gospel revival. The fervor of the crowd made us a little nervous so we left before we heard the music but the yelling and such got louder and could be heard down the midway. No worries, we didn’t go up in flames or anything.

We made our way down the midway and for the first time in several years I passed on riding the Top Spin. My stomach wasn’t feeling it. 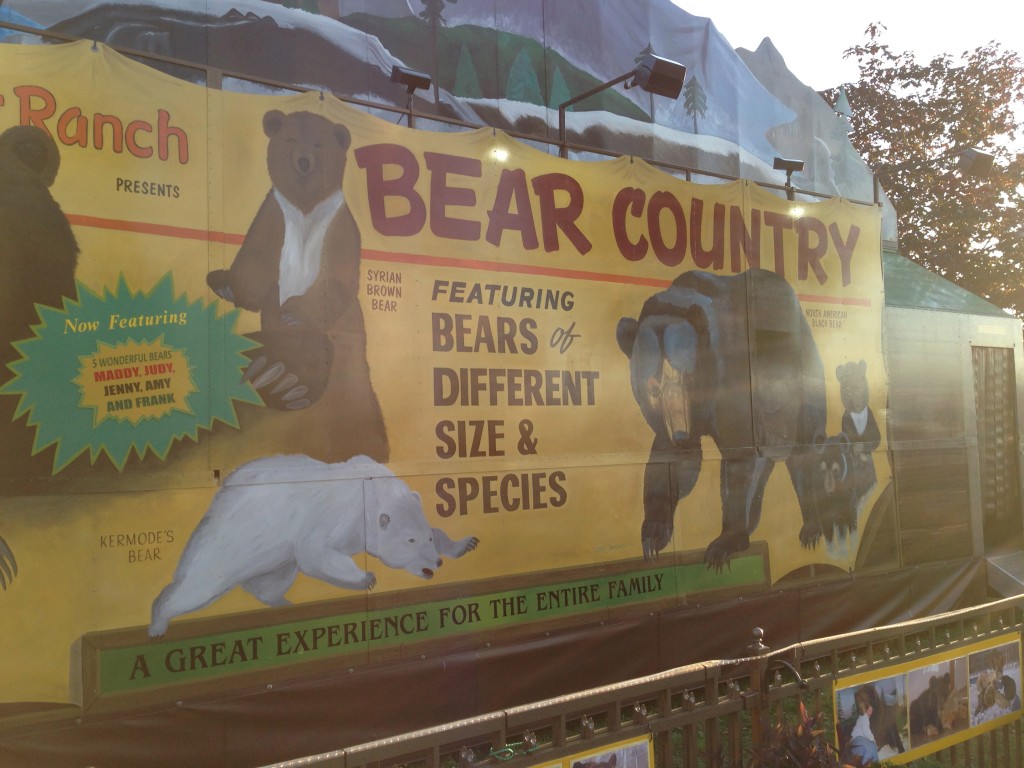 I couldn’t imagine seeing bears in captivity on the midway so instead we played the roller ball game, where you need to roll a bowling ball over a hump and get it to stay on the other side of the hump. Ten dollars later we added Jerry the Giraffe to the family. 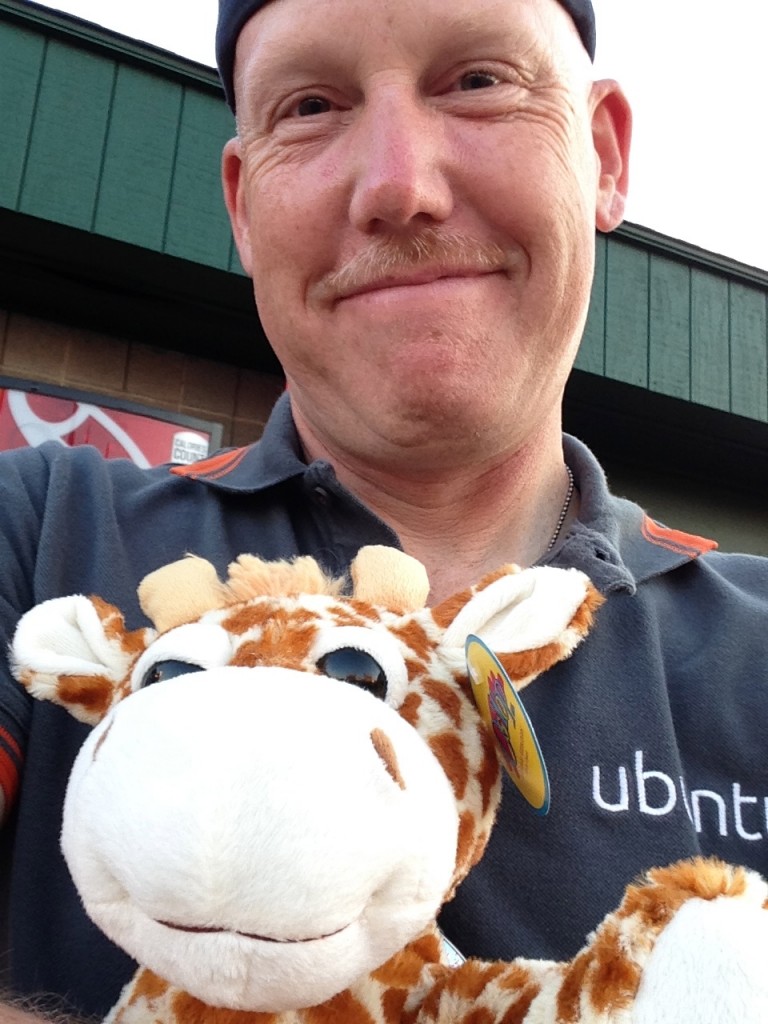 All in all it was a good day at The Fair and if you’re in the area we’d recommend going and seeing what it’s all about. It’s a fun time, mostly family friendly and it’s not really that expensive.

Go see what the Empire State is all about!