We have officially cut the cord. During the week I canceled our DirecTV service (which he had since the late 90s when Primestar converted us over to DirecTV). The monthly cost of the service vs the amount of time we spent actually watching television made the a logical step for us. Plus, there’s a heck of a lot of crap on television these days and we’ve got better things to do.

We went with the Antennas Direct ClearStream 2V.

When all is said and done, we are receiving 23 channels from as far as 52 miles away. The only station we are not receiving is the CBS affiliate. I’m still looking into that, because we were able to receive CBS via an indoor antenna a couple of weeks ago, so I don’t know why there’s a change.

I’m amazed at the guide functionality built into our Samsung 46-inch television, because we used to just use it as a monitor to the DirecTV DVR. The setup is brilliant and it’s going to save us a bunch of money. 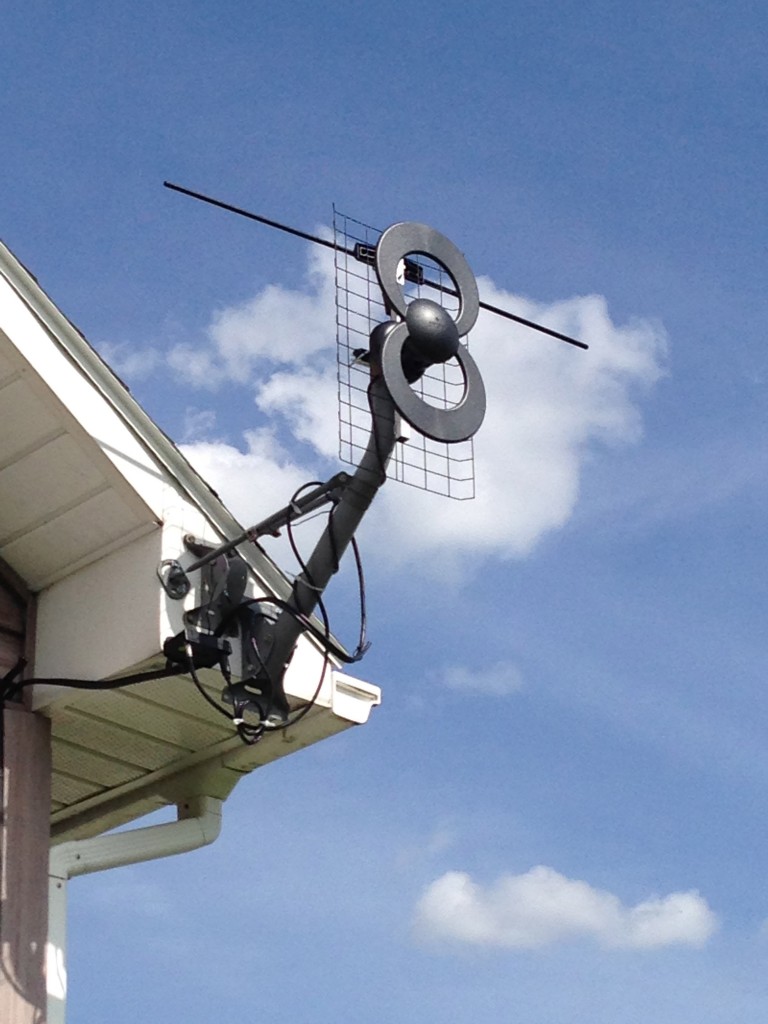