Earl is watching “American Idol” off the DVR as I type. I grew tired of this show years ago but Earl holds the torch and watches with jaded interest. I can’t take the caterwauling.

I took a cursory glance as I found something else to do, namely fold laundry, and quite frankly, this show where they announced the newest Top 10 has to be one of the most awkwardly staged shows I’ve seen in a while. The huge audience can’t see the results, the judges can’t see the results, only the home audience sees the secret announcement. The announcer says in a hushed whisper, “The password is AWKWARD.” After Ryan Seacrest (he’s grown enough to shave like a big boy now!) makes one of the contestants burst into tears, they walk down a makeshift hallway, making small talk through the tears and then they stand in the dark. Once in the dark, Ryan has an awkward conversation with the contestant, who has absolutely no lights on them. They didn’t even try a half-light. 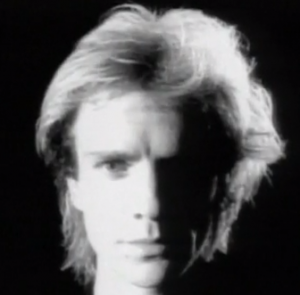 After they talk in the dark, well Ryan is lit up but the contestant isn’t, they open the stage doors so they can see the judges reaction. Then they show the audience. Oh, then they have the contestant sing off-key to a karaoke track with the mic turned up to only 1, maybe 2, while the backing track is at 15. The woo-woo people are louder than the contestant.

“American Idol” has become such a train wreck that I truly missed the days when they dressed the judges up like Klingons. 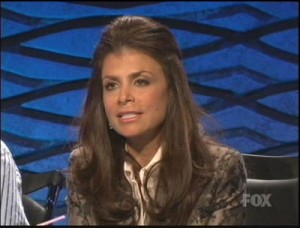