So I wiped out my Flickr account earlier this week. Before I did to, I remembered to back up all my photos and save them to my primary desktop computer, an iMac running iPhoto.

It was at this moment that I remembered that I had wiped out my iMac a few months ago and had never loaded my photos back into iPhoto.

I then panicked, thinking I had lost all of my photographs of the last ten years. It turns out I had saved everything on an old hard drive. I restored my iPhoto library successfully but all of this panic was a stark reminder that I need to get a backup solution back in place for our various computer systems. I checked with the budget department and was approved to purchase a Time Capsule for our Macinhouse. Off to the Apple store tomorrow!

I’m such a geek. And as a reminder of this, here is a restored picture of me from 2009 playing the part of Mr. Telephone Man. 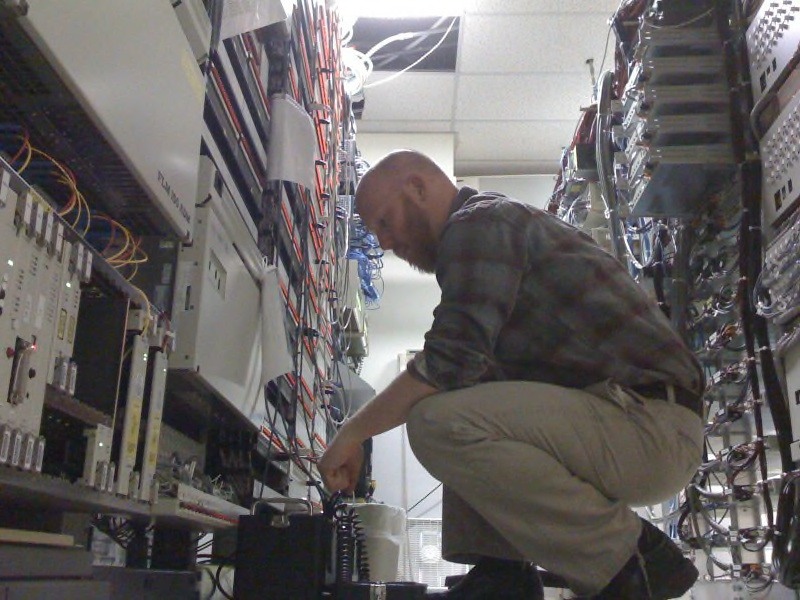 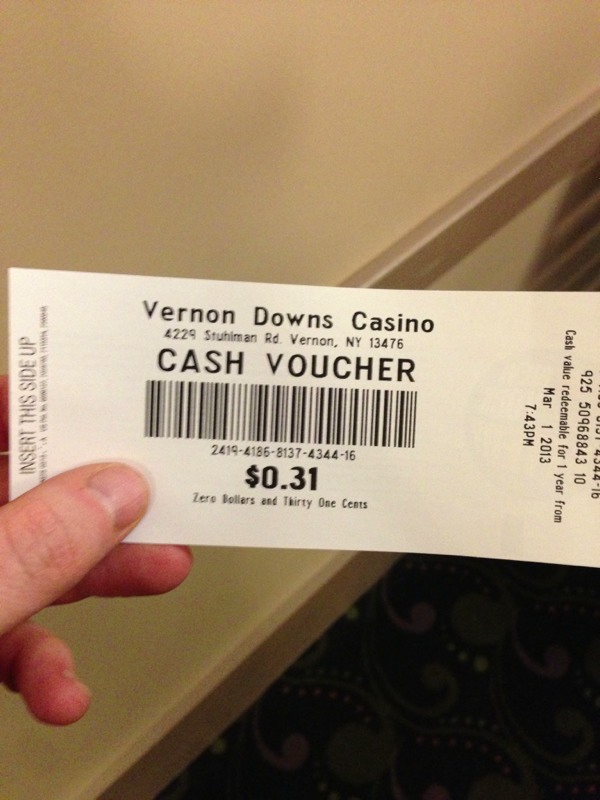 So tonight Earl and I decided to mix it up a little bit try a restaurant at one of the local casinos for dinner. Normally we go to the ever-growing Turning Stone Casino but this restaurant is at Vernon Downs Casino, a much smaller venue that is trying to bring some year round pep to the aged horse track.

We knew it was going to be an interesting experience when Earl spotted a used condom next to the Jeep in the parking lot. It wasn’t ours.

The restaurant, Mr. G’s, was kind of meh. The ads showed an impressive bar space which led one to believe that it’s kind of like a pub. The truth of the matter is, the nice bar space is situated in one corner of this ballroom turned restaurant and quite frankly it had all the ambience of a hospital waiting room. Really high ceiling, foldable wall and one big fluorescent light fixture in the middle of the room. The food was decent, though Earl’s hamburger was kind of rare, but it didn’t kill us so we were satisfied. My beer was flat.

After that swanky experience we went into the casino, which only has video gaming machines. Since the ATM only gave out $100 bills, I put one in a machine and it was kind enough to let me take out $150 after three spins. I cashed in my ticket and called it a night. Earl had similar luck with his round of video gaming and we were out of there within a half hour. The condom stayed behind.

The slip pictured above is actually after Earl decided to play $5 on our way out. He actually came out ahead as well.

We decided to drive off to the aforementioned Turning Stone Casino where Earl played poker in the poker room and I watched people mill about for a few hours. I actually played one of my favorite games, “Count the Mustaches”. They were found on men both young and old and a couple of surly women. I didn’t include the ladies in my tally, that just didn’t seem like the galant thing to do.

Earl came out of the poker room with a wad of cash. We had a spot of dessert and decided to call it a night while we were still ahead in the game.

I think it was a good way to kick off the weekend.