People, gay men in particular, that hyperventilate and get downright evil when a man decides to shave his beard down to a goatee or grow a beard or change it up a bit and go with just a mustache need to calm the hell down. It’s not the critic’s face and quite frankly it’s none of their business. When I read comments from others about someone’s decision to change it up a bit and they scream in anguish usually reserved for the likes of nuclear explosions, plagues and famine, someone needs a reminder to keep things in perspective.

When I shaved off my handlebar mustache for charity last fall you would have sworn I had just slapped my grandmother and sold her into slavery. Shaving off that monstrosity of a mustache boosted my self esteem ten-fold and it made me feel good about myself. Will I grow another one? Perhaps.

A fellow blogger recently shaved his big beard down to a mustache. The cries from the peanut gallery sound like he just betrayed his country and sold the launch codes to the Russians. Calm down people, it’s only facial hair and odds are he’ll grow another beard someday.

I enjoy looking at beards. I also enjoy mustaches and clean shaven faces. But what’s more important is the person inside. There’s a lot of beautiful people out there and they all look different and can choose to change how they look without needing to hear judgment and the like.

I was recently chastised by a beard fan because my charity “promoted the destruction of facial hair”. No, my charitable efforts helped raise money for homeless kids, and if losing a mustache for a while was going to help a teen sleep somewhere other than the streets then I’m going to shave it off and raise the money.

This has been bugging me for a while and I finally felt the need to get it off my chest. It’s only hair. It’ll grow back when the owner wants it to.

He’s still the same guy inside.

So I’m seeing these Facebook updates about people being disappointed that winter weather is still upon the place we call home.

Even though you’ve all convinced yourself that it’s spring by setting the clocks ahead a couple of weeks ago, Mother Nature knows best. It’s not spring. It’s winter.

And that’s why we travel to Florida at this time of year, to find some spring. Because as much as we think it’s spring because it’s light until 8 pm, it’s not really spring. Not yet.

Next time I’ll tell you why the trains don’t run on time. 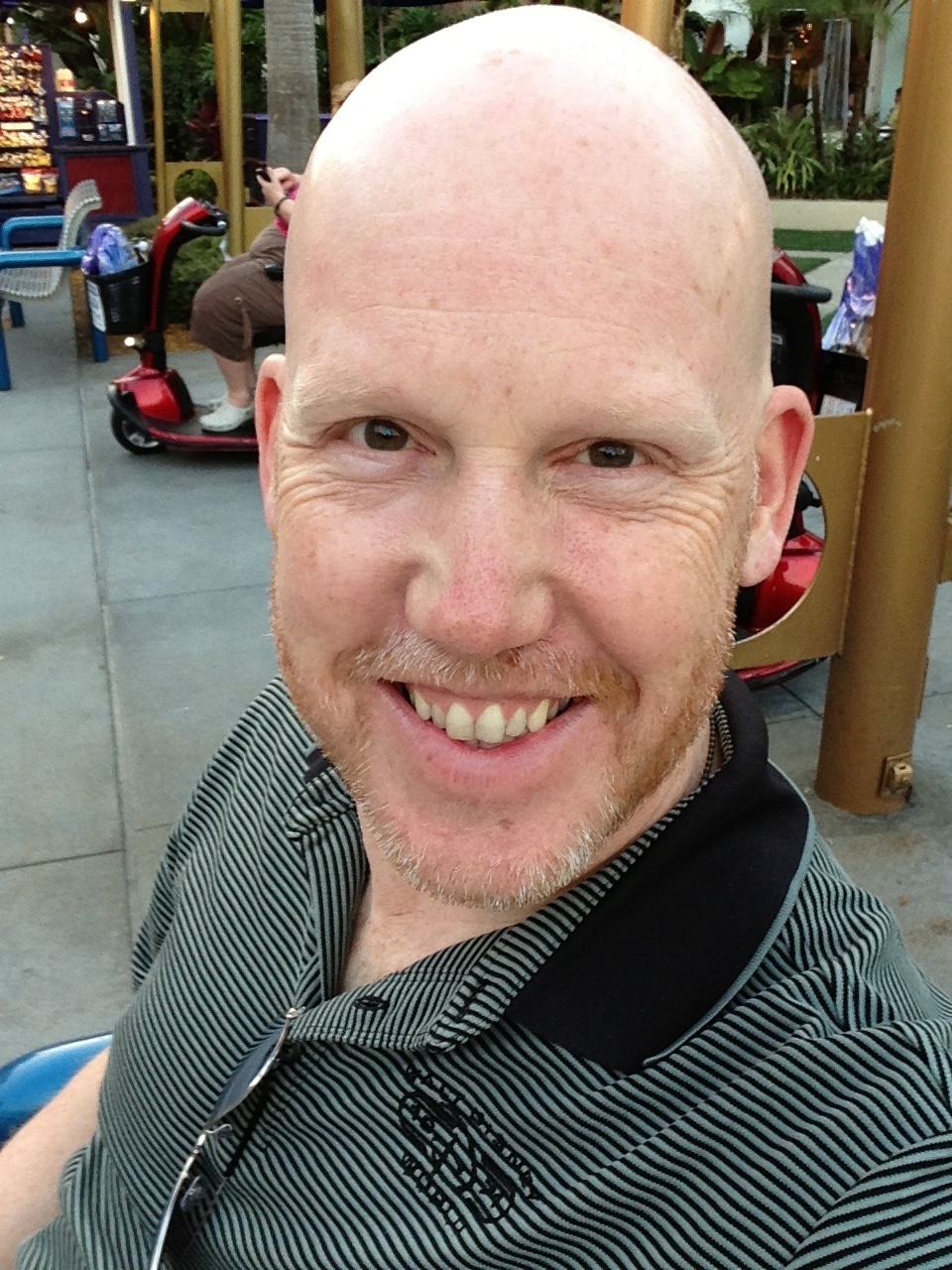 So today we are doing something at Disney that we have never done before. We are not going to a park today. Instead of getting on a bus/boat/monorail train, we are going for walks, relaxing by the pool and just taking a few moments to slow down, breathe a little bit and just chill out. Later tonight we’ll be headed over to Downtown Disney for dinner and a little bit of strolling amongst the shops.

The weather has been gorgeous thus far. My spirits have lifted considerably with seeing all the sunshine. It feels good. I walked a couple of miles through the woods this morning and organized some of the extraneous thoughts in my head. I had a brief conversation with a woodland friend. 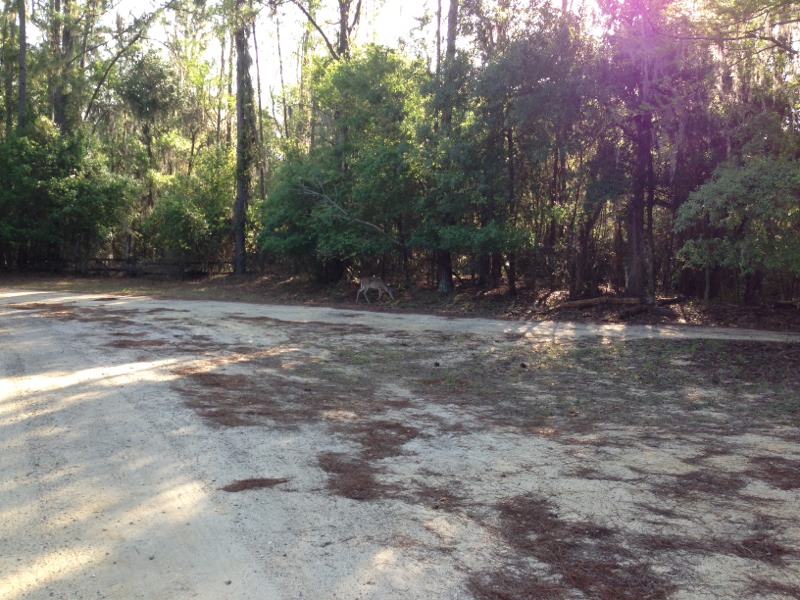 Sunday upon our arrival we carried on our tradition with our first stop being Tomorrowland at the Magic Kingdom. We always ride the TTA first and we enjoyed our annual ride. Afterwards we stopped at the Carousel of Progress (which is starting to show a couple of technical difficulties that I’m sure that Disney will correct soon) and then we were onto Space Mountain. For the first time ever we rode the ride on the “right” side instead of the “left” side (using the line into the attraction as a guide), even though we didn’t use FastPass. The lines at all the attractions thus far have been less than 20 minutes. Riding Space Mountain felt like an entirely new ride because it was assumedly a mirror image of what we’re used to. It felt faster, but I think technically the ride is the same regardless of the which side you ride on.

We had dinner at the Crystal Palace for the first time and was able to hang out with Winnie the Pooh, Tigger, Piglet and Eeyore. 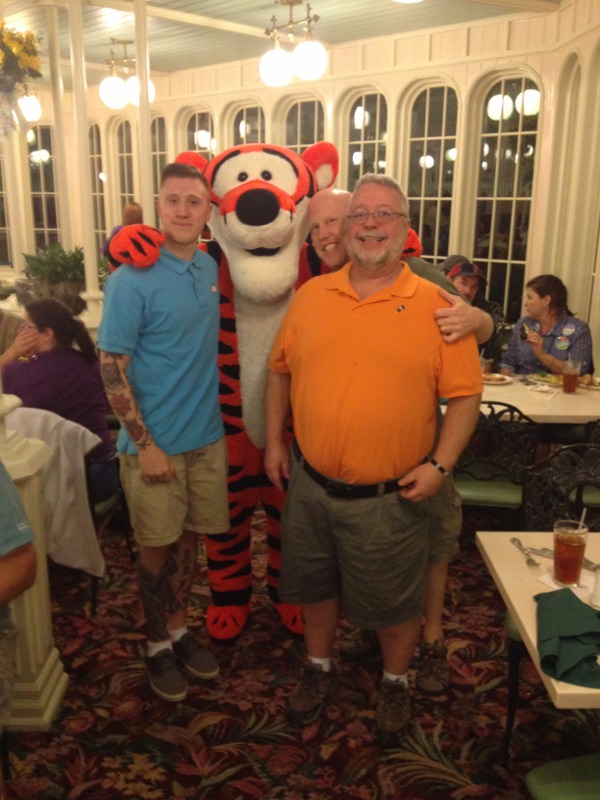 Yesterday we went to the World Showcase at Epcot. This was the first time that we took the Monorail instead of a bus. Since we are staying at Wilderness Lodge Villas instead of Saratoga Springs, we took the boat to Magic Kingdom, then the monorail to the Ticket and Transportation Center and then a second monorail train to Epcot. It was kind of exciting for me because I had never ridden the Monorail through Epcot before. Even though this is my ninth time here there’s always something new happening. I love it.

World Showcase is one of my favorite attractions in all of Disney and we toured it clockwise this year. Like at Magic Kingdom on Sunday, wait lines for the attractions were less than 20 minutes; we were able to get on most of the attractions immediately. In the past we’ve usually waited 45-60 minutes for the ride at Norway but not this year, however, I was able to sneak a quick picture of the Norway Cruise Line lady; I take her photo every year. I don’t know why I do this. 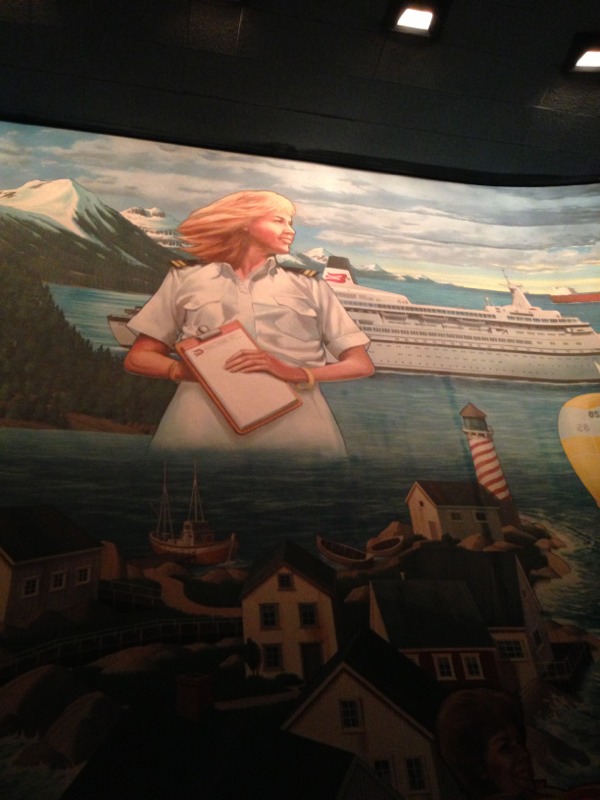 While walking through China I snapped a photo of a Happy Cat. 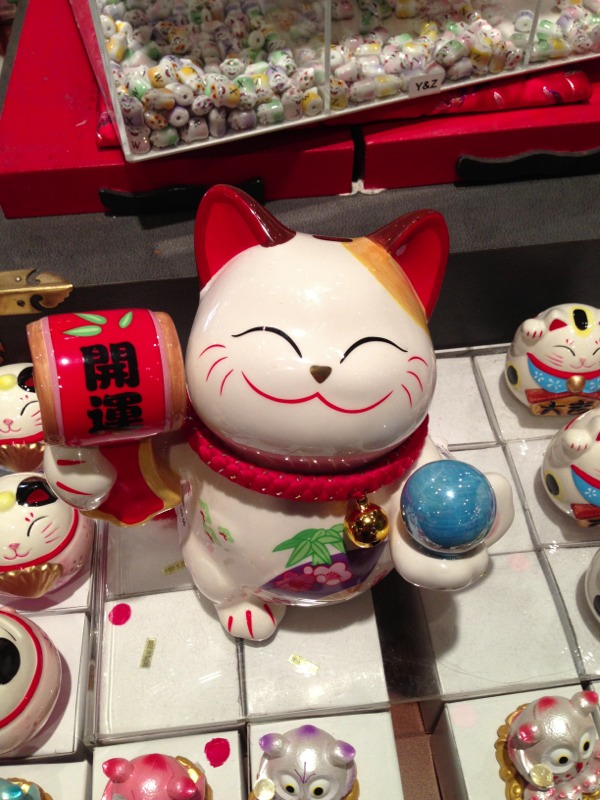 Another first for me this year was enjoying one adult beverage while in Germany. I didn’t snap a photo of the Altenmünster Oktoberfest I enjoyed, but it was quite enjoyable. One is enough though, after all, we’re at Disney.

Of course we made a stop at Canada where we enjoyed the “O, Canada” film in 360 Circlevision. This is my favorite film in World Showcase and the geek in me enjoys the fact that many elements of the original film from the 70s are still present in the new version that was produced in 2007. Canadian Idol winner Eva Avila rerecorded the beautiful “Canada, You’re a Lifetime Journey” track at the end of the presentation.

Last night we went to Downtown Disney for dinner at Earl of Sandwich. I bucked the trend and went with a salad. It was delicious.

The stress has melted away considerably and I’m finding my solid footing again. Ah, the magic of hearing the words “Welcome Home”.