So yesterday one of the chapters of the EAA (Experimental Aircraft Association) that my father belonged to had their annual picnic. It was being held at the airport my father last flew out of last December. Our family was invited as part of the picnic would be a memorial to my father.

My father always had a big grin whenever I rode my bicycle up to his house (around 60 miles) so I thought it would be appropriate to ride my bike to the airport. The trip was around 70 miles and since I have been active with my cycling again, I thought my body would be well prepared for it. The weather called for rain, so I wore my rain gear.  I found the ride to be quite enjoyable.  I was making good time and when I got to the halfway point I noticed that my bike started feeling really odd. I looked down and saw that I had a flat tire in the back.

It’s been a couple of years since I’ve had to change a tire on my bike while in the middle of a ride, but after a few deep breaths, I remembered how to do it and set about doing what needed to be done. It took a while to complete the task and during this time, four different vehicles stopped alongside the road to make sure I was okay and each driver seemed genuinely interested to see if there was anything they could do to help. I had everything under control but I expressed my thanks.

Just as I was getting ready to pump the tire up, my phone started blaring an alert about a severe thunderstorm warning. As fate would have it, I was right in the path of the storm that promised hail and 60 miles per hour winds. I looked up and sure enough, the sky was getting quite dark.  I hurried my pace and quickly tried to pump up the tire. And that’s when I realized that the CO2 based pump wasn’t seated properly on the tire stem, so I expended all the air that was suppose to into the tire outside of the tire instead. My tire remained flat. Luckily, the CO2 pump doubles as a mini hand pump, so I fiercely pumped up and down hoping to get enough air into the tire so I could at least get under cover before the storm came.

I admitted defeat and called Earl and asked him to come get me. I continued trying to get the tire filled with air so I could head away from the storm. A short while later and still having no success, I picked everything up and got ready to head into a wooded area close by. I then looked up and saw my husband driving up.

Anyways, we finally got to the airport and had a lovely time at the picnic. Because the weather was still kind of dicey, some of the pilots didn’t feel comfortable with flying in the planned Missing Man Formation. I had expressed an interest in flying along in the planned formation, and though it was canceled, our friend Rich asked if I wanted to go up with him so we could see what was coming in for the next round of weather. 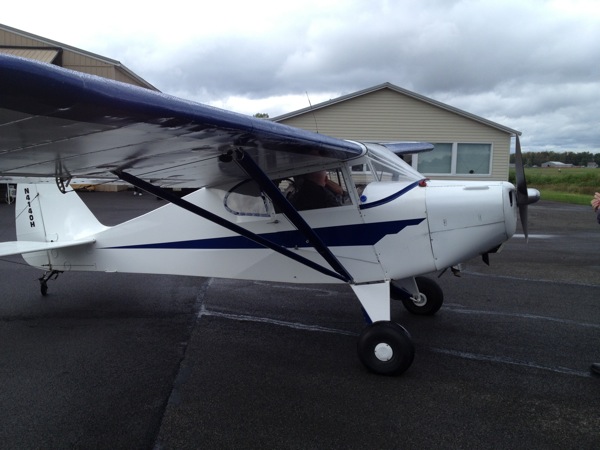 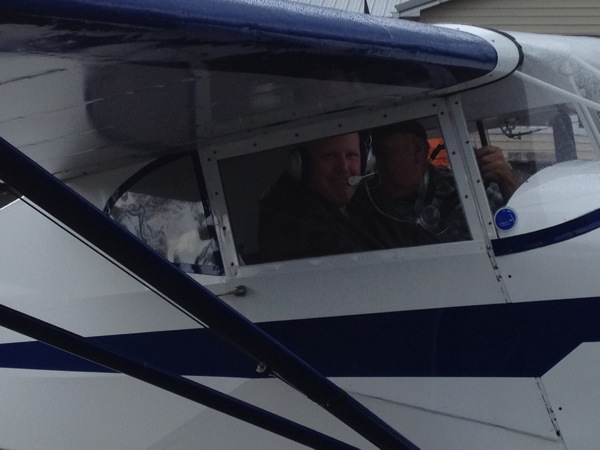 Rich doesn’t like to yell over the engine like I did with Dad in the J-5 Cub Cruiser or the AcroSport II back in the day. We used an intercom. Wicked cool. 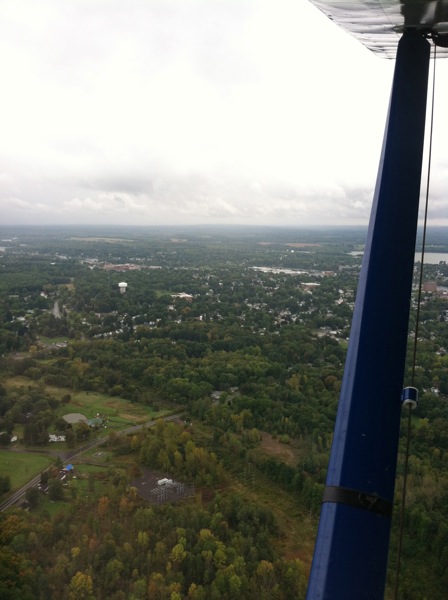 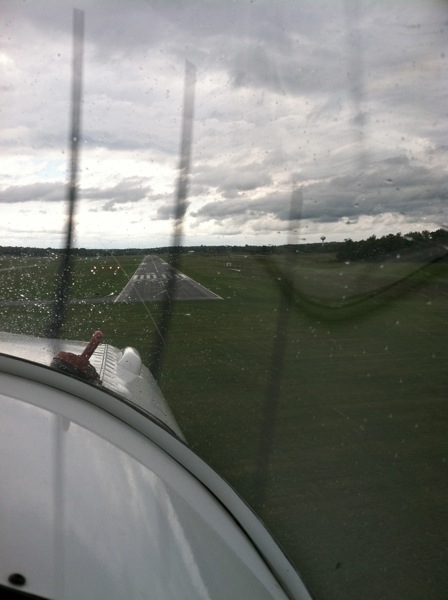 Coming in for a landing. The stormy weather made the ride expectedly bumpy, but the landing was smooth. The vertical lines are actually my iPhone catching the spinning prop. 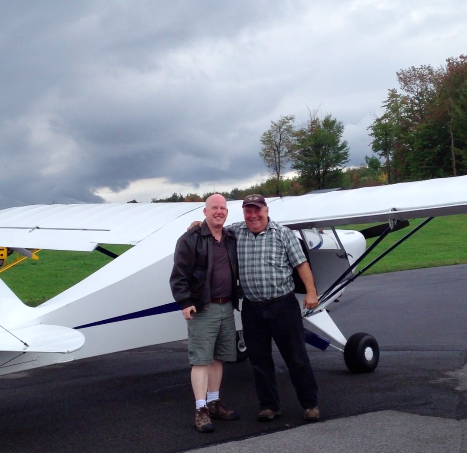 Back on the ground and all smiles with Rich.

Flying with Rich yesterday made me remember how much I love to fly. God I’ve missed it.Yeah, flying on a commercial flight is fun and neat and all that, but flying in a two or four seater is where my passion truly lies. Though I inherited my Dad’s flight jacket, I really inherited his passion to fly.

Rich and his son Scott flew a formation in memory of my father as they left the picnic yesterday. 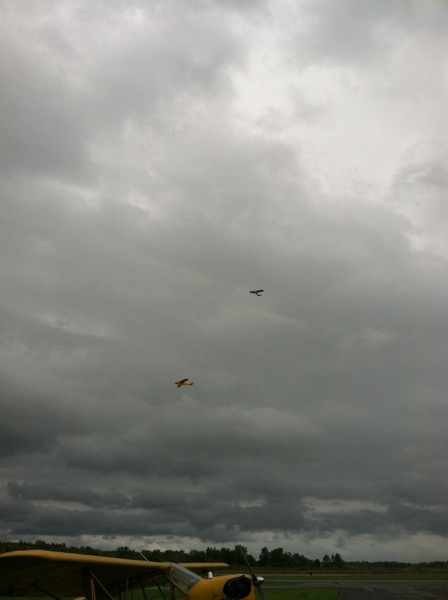 Formation.  Rich is in the Vagabond, higher up, Scott is in the Piper J-3 Cub (yellow), which is much like the J-3 sitting in the foreground of the photo.

It was a very special day for us in many ways. Gosh I miss my dad, but I think he was smiling the whole time, especially when he saw how much I was smiling (ok, there were a few tears).

And I can’t wait for my next opportunity to fly in a private plane again.