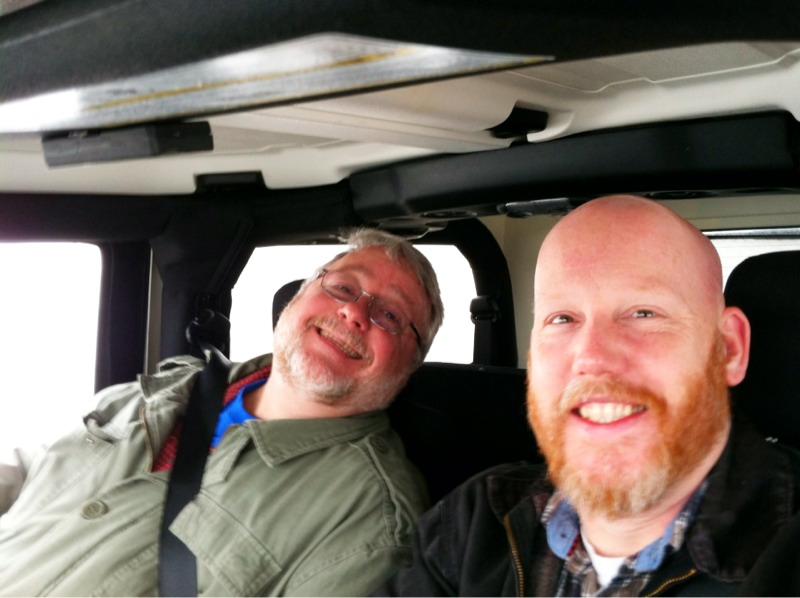 So yesterday around 5:30 p.m. Earl and I returned from our trip-that-never-happened to Virginia Beach, Va. After a lovely drive from State College, Pa. to Corning, N.Y. and then up through the beautiful Finger Lakes to the New York State Thruway, we were home safe and sound, all relaxed and ready to take on the challenges of this work week. It was a good feeling, and one that afforded me a good night’s sleep last night. That’s a rarity on a Sunday night for me. Quite enjoyable.

It’s been a long time since Earl and I went “on a ride”. One of our first rides of this sort was 14 hours non-stop in my old ’94 Hyundai Excel. I think that was the acid test to see if Earl could handle my idea of a road trip, and he passed with flying colors back then. These rides are kind of like those summits you read about where the CEO of some big corporation goes and hides in a cabin in the woods for a while and comes out with brilliant ideas. Earl and I talked about our finances and our retirement and where we see ourselves at various milestones that lie ahead. I would say that we reconnected, but the connection was never absent to begin with, so I guess we just continued and strengthened the connection that was already there.

I’m lucky that I found my best friend and that he said ‘I Do’. The road trips would get lonely without him.

** If you follow my Twitter and/or Foursquare, you probably know the route we took just as much as we do.