So this morning I had to give a big presentation to the “leadership team” on the status of the project I am working on. The presentation went well and I received word that folks thought I did a good job, but I still breathed a big sigh of relief when it was done with. I don’t have a problem standing up and making a presentation to my peers, I do it on a semi-regular basis, and lord knows I used to talk to lots of people when I was on the radio, but there’s something about conducting a presentation over a conference call when someone else has control of your slides that I find unnerving. Nevertheless, I consider that part of the mission as accomplished. No need for a banner on a boat. Let’s move on to the the next task.

Earl is in Buffalo on business but before he left in the wee hours this morning he was kind enough to make me a wrap for lunch. It was relatively healthy and more importantly, insanely yummy, so I am content. To celebrate my successful completion of the presentation and the delicious lunch, a friend decided to join me. I shared a bite of the wrap with him. Maybe it’s a her. I don’t know. 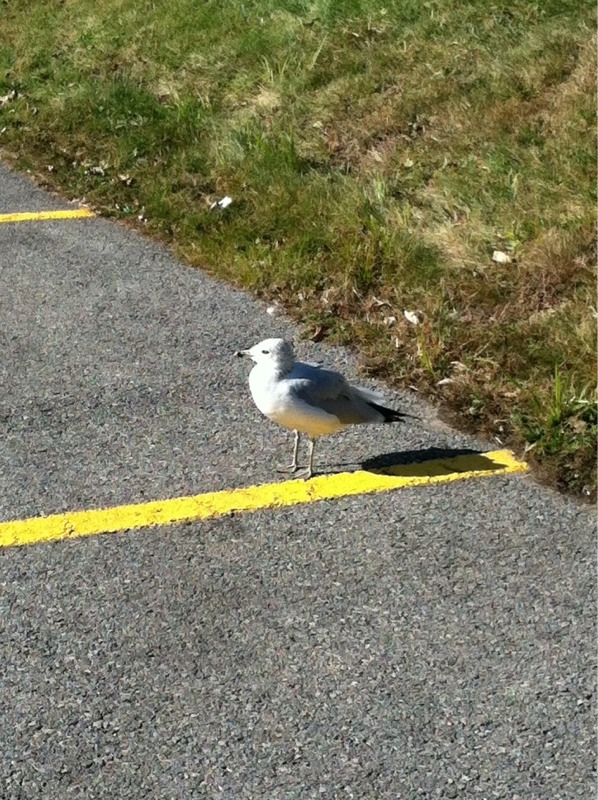 Someone was kind enough to hack into hidden directories here on this web server and I am in the process of finding out what WordPress plug-in was the culprit, since that’s the only change I have made to the web server in many months. I have a sneaky suspicion as to what happened, but I need to figure it out. Perhaps the friend that joined me for lunch was really part of a government conspiracy to make sure I don’t have a phishing site on my blog.

Speaking of conspiracies, the Emergency Alert System will be activated nationwide for the first time today at 14:30 EST. They keep mentioning this on the news, because apparently the design of the system might not trigger notifications that “this is only a test”. I find this unnerving because a. the new Emergency Alert System was implemented in 1994, so they’ve had nearly 20 years to get the bugs out and b. This is the first time they’ve set it off nationwide, even though it’s been used locally since 1994? Now there’s a government efficiently using technology to make our world better. When do we think they’ll figure out how to broadcast EAS alerts to cell phones, 2025?

Personally I think the Emergency Alert System is horrible because they fire the damn thing off so much. Every time there’s a rumble of thunder or more than two-inches of snow they fire it off and scare everyone into “milk and bread mode”. To make matters worse, the new sound (what I call the “duck farts”) are incomprehensible to many. I say the EAS should be like it’s predecessor, the Emergency Broadcast System, which was fired off only in the event of a catastrophe (like nuclear war, etc) and scared the fuck out of you with it’s ear piercing, two-tone notification sound. Back in my day, we knew when to sit under our desks to ride out nuclear holocaust, today we just get more milk and bread from senseless panic.