A couple of photographs from the commute this morning. Here are a couple of shots from the Mindenville Rd. in the Town of Minden.  I mentioned before that I like the back roads. 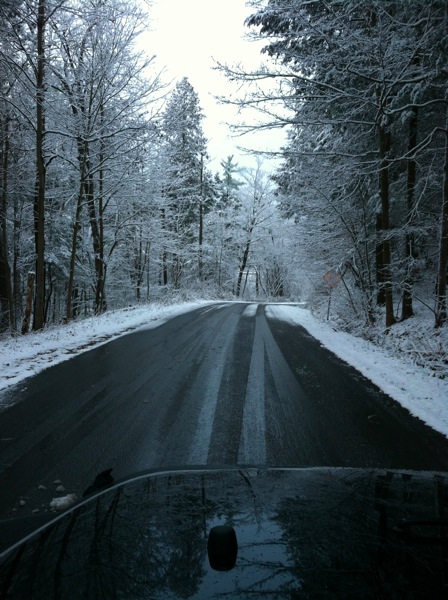 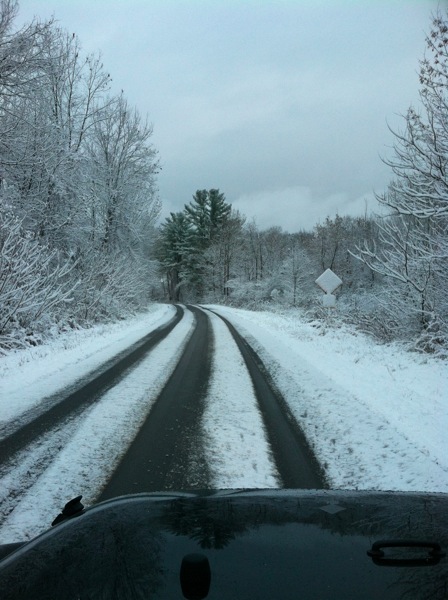 And to give you a hint of where we are.  A Google street view of the road in the summertime and a little map. Because I’m a geek like that. 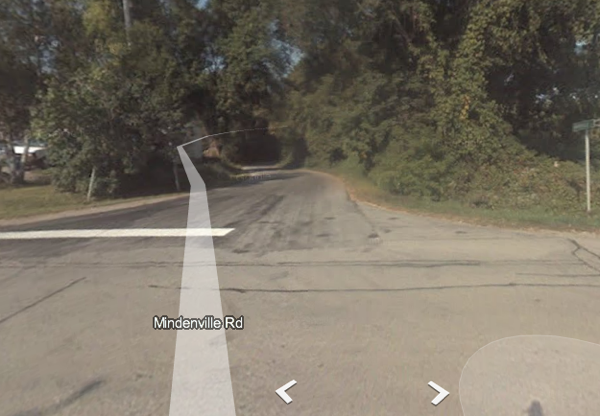 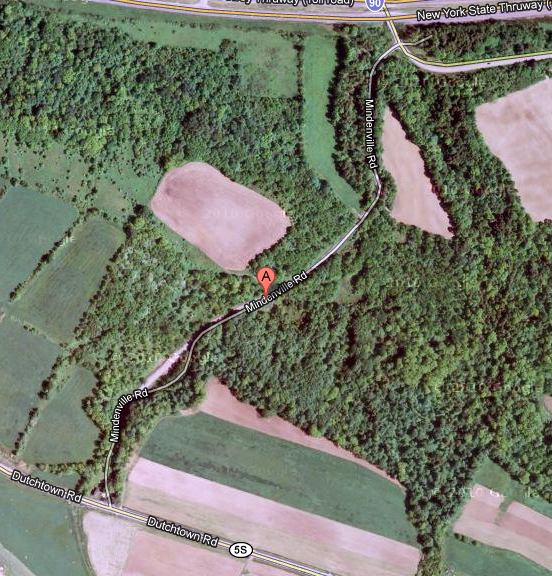 Judging by the number of empty seats at the office today, along with the amount of snow that we have received over the past 24 hours, I think it’s safe to say that the holiday season has unofficially begun in these parts. A couple of folks at work have remarked that it feels like a Saturday in the office building. Their voices echoed when they said it. It was spooky.

I have to admit that I am looking forward to our Thanksgiving feast coming up on Thursday. Earl has alluded to the fact that he is going grocery shopping in preparation of it all this weekend and Scott has mentioned something about big pies. Possibly cheesecakes. Whatever they are, they’re good. Of this I am certain.

For the first time in a few years I don’t have the day after Thanksgiving off from work. I’m not one for holiday shopping and I’m really not a fan of crowds, so I can’t see me sitting outside of a Best Buy at 3:00 a.m. in the morning waiting for a deal on one lone television set anyways. I don’t even think we need a television. The Christmas lights will go up next weekend and I’m looking forward to that exercise.

I’m feeling the spirit, though, and it’s been a while since I’ve felt it. We are off to a good start.