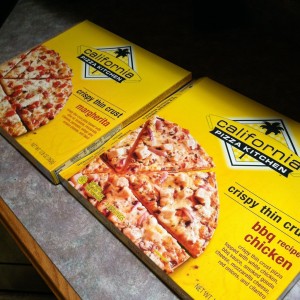 Do I know how to cook dinner or what?

I am having a little bit of a struggle when it comes to my attempts at healthy eating. The struggle revolves around two things: balance and having too much information. These things are something that I think about on a daily basis since, well, I eat on a daily basis.

I have read some of the online studies about the dangers of diet drinks. You know the ones, Diet Coke, Diet Pepsi, Diet Rite. These guys substitute sugar with aspartame, something that was concocted in a laboratory years ago and give the pop companies the opportunity to proclaim “Zero calories! Hosanna!” I can’t remember the last time one of the soft drink companies included “Hosanna” in the one of their ad campaigns but with the changes in the direction of the country as far as society and religion goes, I wouldn’t be surprised if “Hosanna” appeared on their advertising in the near future.

I know the stuff ain’t good for you. The problem is, I enjoy the caffeine kick and quite frankly I enjoy having something fizzy in my mouth once in a while. (Don’t go there). I mean, eating a bucket of popcorn with an unsweetened iced tea at your side just doesn’t feel right, however, I don’t want to load up on the calories from a hi-test soda pop. That’s why I go for the artificially sweetened stuff.

Back in the day there was the original version of Tab (not that pink crap they spewed out a few years ago) and that was sweetened with saccharin. Studies concluded that saccharin use led to cancer in lab rats (I’m not referring to the American public here) so they came up with aspartame instead. Lately we have the likes of Splenda, which as I understand it is sugar with some extra chlorine added to make it pass through without garnering any extra calories. I stay away from the stuff because all I can think of is laundry knowing there’s chlorine involved and I can say that Splenda gives me a massive headache every time I consume the stuff. Just like the fumes from laundry bleach. I stay away from it as much as possible.

Skirting the calories by consuming the artificial sweeteners is not a healthy way of living when you really think about it. That’s where the too much information part of the equation coming into play. The balance part of it all is the fact that we are on this earth to live life and why should we deny ourselves of a little perk once in a while? Erma Bombeck once wrote that she bet that a lot of women were regretting skipping dessert the night the Titanic sank. How awful, to think that one would skip a piece of peanut butter pie or something in an effort to remain healthy for tomorrow and then find out that they’ll never get that chance to indulge because the ship they were on ran into an iceberg. So that’s where the balance part of this comes in – do I want to run the risk of whatever these artificial sweeteners are doing to my body when I’m craving a diet pop instead of denying myself this very simple pleasure?

Right now I go by the rule that I drink a diet beverage of any kind, I must drink an extra helping of pure water that day to balance it out. I guess flushing it out of my system (at least in my mind) brings me some sort of peace to this. Maybe I’ll just stick with that approach.

I just finished making a purchase at Lowe’s. While there, I bought a reusable Lowe’s bag so that I could carry the items I had purchase home and help the environment by using one less plastic bag, now and in the future.

The cashier kindly folded up the reusable bag and put it in a plastic bag to bring home. She seemed shocked when I suggested otherwise.