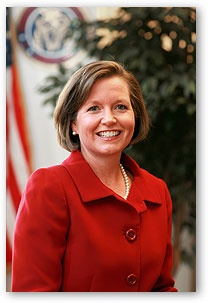 This woman is Exhibit “A” as to what is wrong with the direction of the United States of America. This is Meredith Attwell Baker. She is one of the five commissioners on the Federal Communications Commission that approved one of the largest corporate mergers in history, the merger of Comcast and NBC.

Ms. Baker just accepted a job with Comcast as the senior vice president of government affairs. So on the taxpayers dime, she basically helped create one of the largest media conglomerates so she would have nice, cushy job to fall into.

Nah, there’s no conflict of interest there at all. None. Nada. And if there was, you’re not suppose to notice. Just keep lapping up what these big media corporations tell you and everything will be just fine.