I decided we should probably check out the Wal*mart that’s just around the corner from our new home. From the outside it looks like a fairly new location. It’s not overly huge as it has only set of doors instead of two like found on the former “Supercenters”.

I’m not a huge fan of Wal*mart in general, but I am a fan of their use of technology. Anecdotes from employees indicate you can go an entire work shift at the store without ever talking to your supervisor or even another employee. The registers have been expanded to provide guidance on all aspects of the employment experience at Wal*mart and they are supplemented by apps on smartphones and the like. Plus, I’m pretty sure the chain runs on Linux.

Back to our local store. As expected, customer mask use is not as prevalent as seen in other stores in the Tucson area. I was not surprised by this and honestly I’m thankful to be fully vaccinated. The store is rather crowded and the selection of clothing in the Men’s Department was limited. Maybe I’m just the standard size of man in the Tucson population. I was able to find a couple of t-shirts for a decent price and my husband selected a couple of tank tops. We went to the front of the store to head through the checkouts.

This Wal*mart has a total of four checkout lanes. Four. The old Ames store in my hometown in Upstate New York had four registers for the first year of its existence when they realized the shopping population of the village of 2500 or so overwhelmed the number of registers in the store, so they added several more on the ends of the existing checkstands.

Zero of the four registers at this Wal*mart were populated by a store employee. All customers had to checkout through a self-checkout area, which was this large corral of self-service cash register being managed by two employees. Because this full service Wal*mart has groceries in addition to typical discount department store fare, there were carts everywhere, people using motorized buggies trying to navigate through this corral of relatively tightly packed shoppers trying to get through the self checkout process.

I am thankful for my vaccinated state.

Now, I’m torn when it comes to self-serve checkouts. On one hand, I like not having to interact with a cashier and being able to do things myself. On the other hand, I’m not paid by the corporation to do the work, I don’t see a drop in prices or an applied discount for doing the work myself, and I really don’t like the idea of taking a job away from someone trying to make ends meet by working at Wal*mart. I’m fine with self-serve checkouts when there’s a choice. It seems that Wal*mart is taking away the choice. I’m not a fan of that.

Overall I’m pleased that we experienced the Wal*mart closest to our home but I don’t feel the need to go back there again. If we’re in the mood for a Wal*mart experience there’s a Wal*mart Neighborhood Market down the way where we can buy snack food or something.

This is life on a weekday in our little corner of the desert.

I remarked to my husband that we managed to move out here so quickly that my I feel like while I thoroughly enjoy the concept, my brain has not completely realized that we live in Arizona. The Real ID in my wallet is from Arizona. The temporary license plate is from Arizona. The computer time zone says “America/Phoenix”, the air is dry, and the temperatures are warm. There’s no “ding dong, doors closing” coming from the nearby Brown Line and the vibe is so much more relaxed.

I love it here. I just feel like it’s not quite permanent yet. However, it is permanent and I’m quite happy. It’s an odd feeling but nonetheless joyous.

Our rather limited interactions with our fellow citizens have been very friendly. I’ve always considered Chicago to be quite friendly for a major city, but folks here seem really laid back. On my one pass through a drive thru (for a drink) the attendant apologized profusely for neglecting to give me a straw without a reminder. All of our neighbors wave to one another. Several of our neighbors have come up to the house with a pastry or such and introduced themselves.

I wasn’t expecting that; it was a very pleasant surprise.

I have to keep reminding myself that COVID-19 is still out there and the country should be functioning in relative isolation. I’m looking forward to getting out and exploring all there is to explore in our desert home. We have online friends to meet in person and airplanes to fly and canyons to hike and rocks to climb and trails to ride bikes on. We’re almost done unpacking boxes.

I’m ready to unpack life in the desert.

The previous owner of the home left us a one page narrative about the history of the house. The builder and designer was a doctor and astronomer. The small room off our bedroom is shown as the “observatory” on the blueprints. On the floor below in the tool room and workshop is a large reinforced square in the middle of the floor; it was intended to be the base for the large telescope that would have been in the observatory. The small room also has an alcove with many electrical and network connection jacks intended to be the control center for the telescope. The doctor also co-founded an observatory in nearby Benson.

The doctor died about a year after the house was built; his wife maintained it for several years later. The owner we bought the house from had been in it since 2010. I believe that family used this as a vacation home.

I look forward to learning more about the property. I’m very happy to call it home.

I get the feeling he’s loving all the extra room the house provides. He’s running up and down the stairs like a trooper, has mapped out every square foot of the place, and while still figuring out the rules around what’s considered a countertop and what’s not, he seems the happiest he’s ever been since joining our family a few years ago.

We’ll start tackling the patio and gazebo over the next few weeks once our furniture arrives and things are a little more settled. 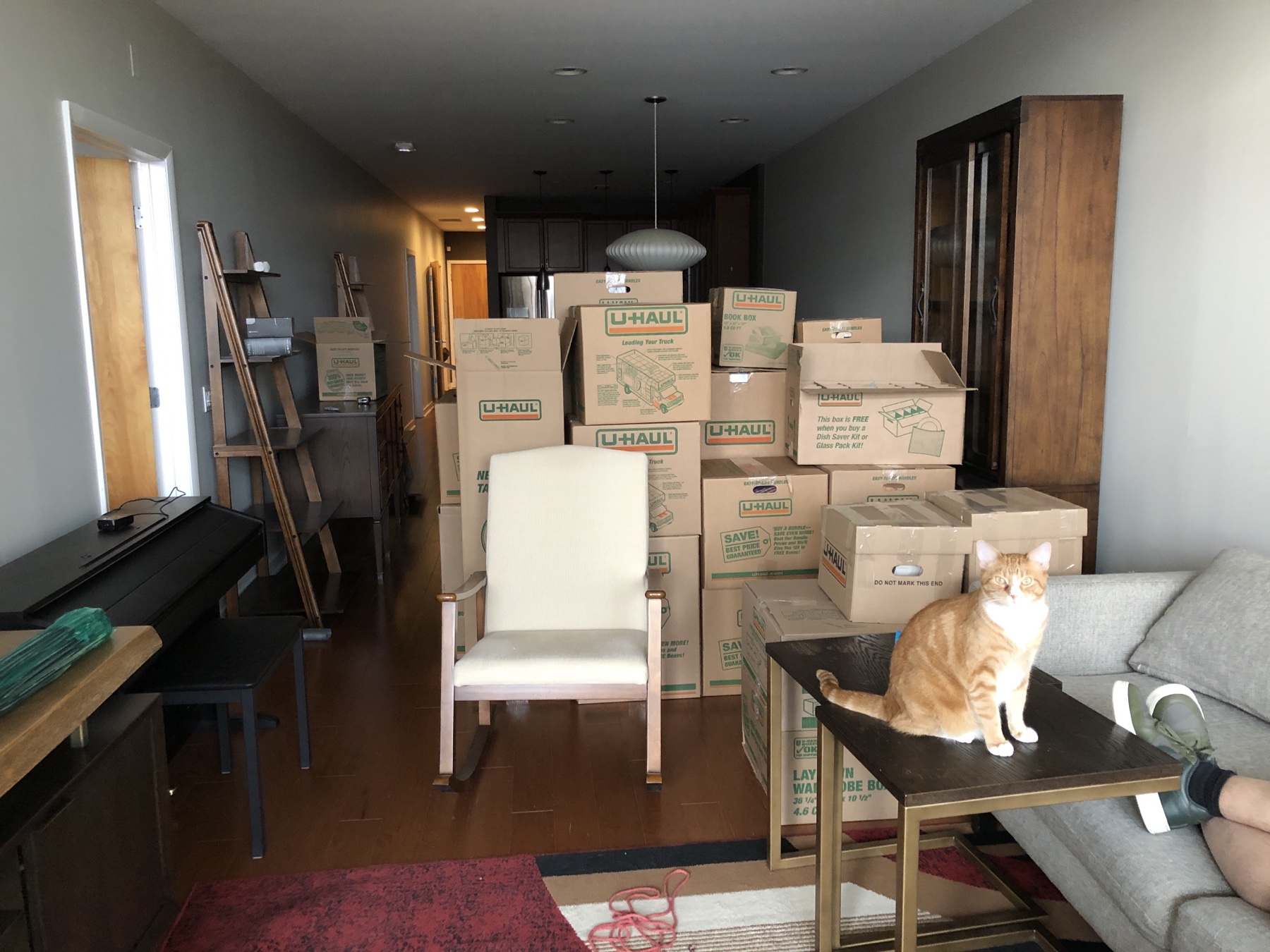 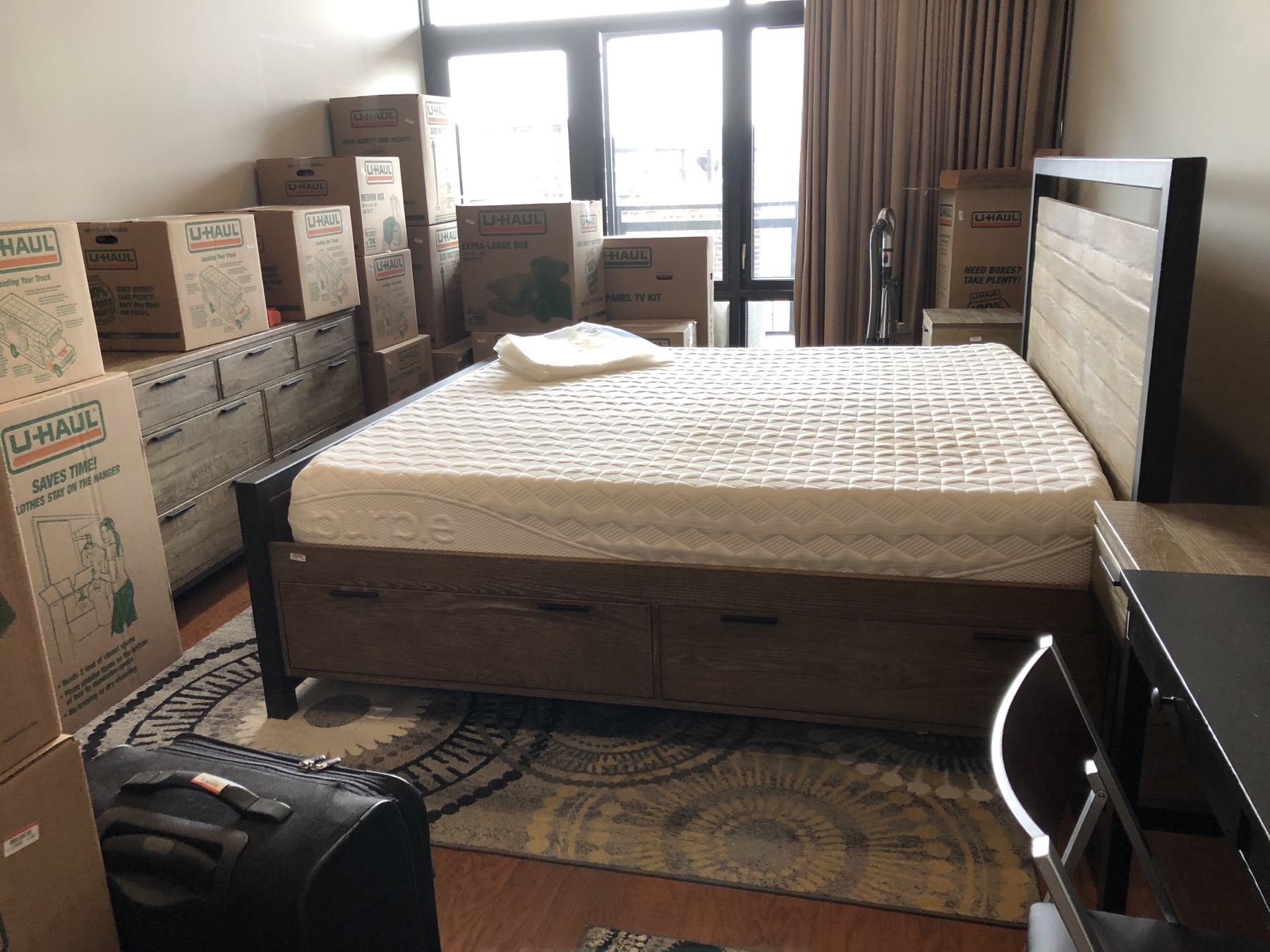 It’s moving day! The movers are packing up the truck as I type. We’ll be cleaning behind them and on the road this afternoon or evening.

I’m cautiously letting my excitement build around the contract we have on the house. We toured it in person for the first time today, and I can safely say the photos on the listing are great, but they don’t do it the justice of actually experiencing the space; there’s a lot of things to love about this house. It also needs a little bit of work, but nothing major. A GFCI outlet doesn’t work here, a faucet leaks there, that sort of thing. All doable.

One of my comments was, “they made quite a few interesting design choices here”.

The inspection went well today and we are marching forward with the proceedings necessary around the purchase of a home. I’m keeping my excitement levels at a reasonable level, but I will say this: I really look forward to moving to Tucson. 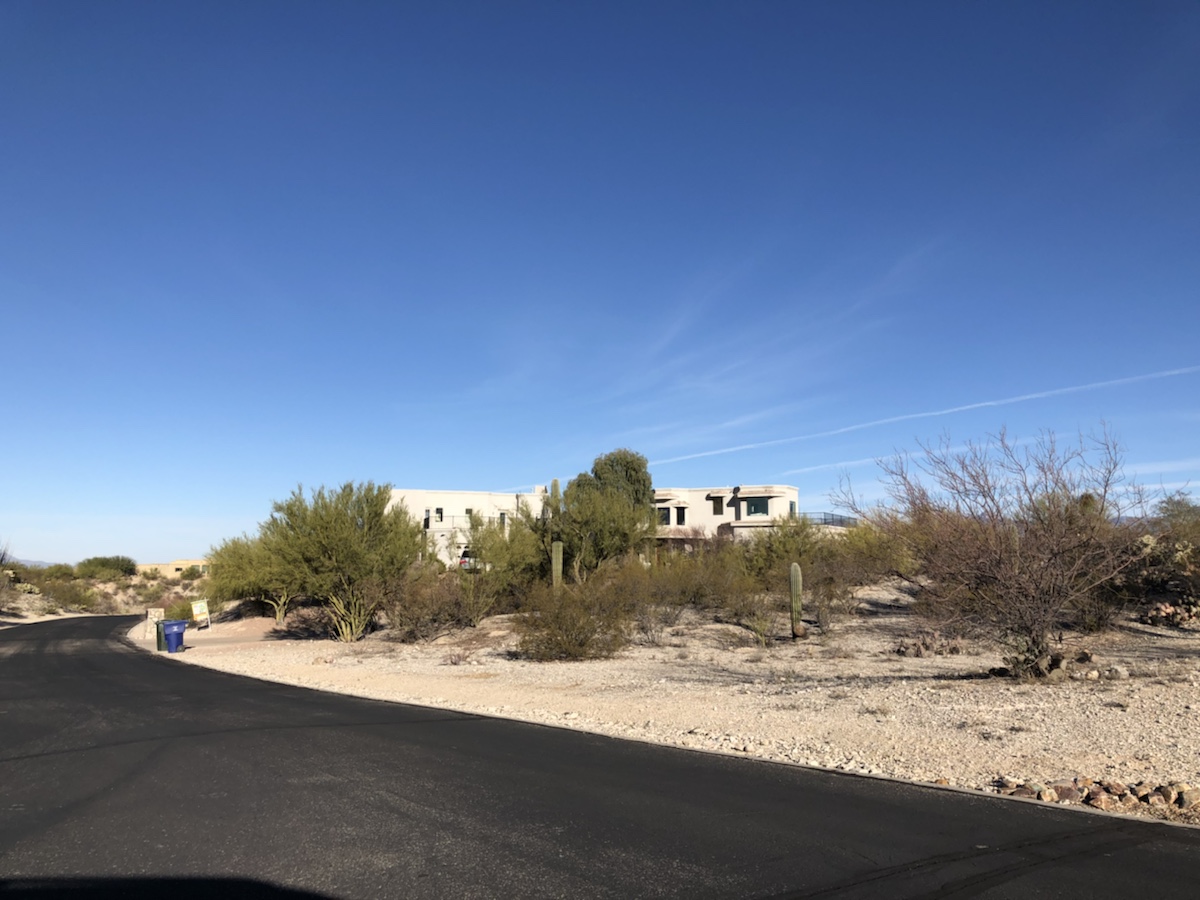