The Southwest agent was wrong for what she did, but the Momâ€™s outrage has be questioned. Did she not think her daughter would suffer ridicule her entire life when she named her daughter Abcde? In an even more shocking twist, 373 children in the United States have been named â€œAbcdeâ€ since 1990. I wonder if the family dog is named Lmnop.

And I thought the woman screaming at her kid a few years ago in a Utica Wal*mart was nuts when she called the kid by his name: Ampersand.

A couple of things:

In February 1996 my grandmother (Grandma Country) died of colon cancer. This wasn’t something the family talked about. Everyone thought she was going to be fine, even though sections of her colon had been removed and she was getting weaker every day. Cancer took her life on February 29, 1996. I had an opportunity to say good-bye the day before. As I laid by the makeshift hospital bed in the living room of that beautiful mid-century home, I thanked her for all she had done for me; much that no one else in the family knew about.

I bring this up because I have always been told that the risk of colon cancer can run in the family. My father mentioned this in his final years when he went for a colonoscopy. I never knew the results of his test and he died a few years later in an airplane crash. I had no familial data to determine whether colon cancer could be passed down the family line.

During my last yearly physical my doctor suggested that since I had turned 50 and because I had history of colon cancer in my family, I should schedule my first routine colonoscopy.

Being a bit worried about the experience and especially about the outcome, and being a geek through and through, I did a lot of reading about the procedure online. I visited several forums, read about experiences, read about outcomes, etc. A lot of the things talked about the same thing: the prep was worse than the actual procedure.

A week before my appointment I had to stop eating corn, seeds, and nuts. This made me a little insane as we went to the movies last Friday night and I couldn’t have popcorn. Popcorn is my favorite food. My mother raised us on soup and popcorn. Popcorn was an ever-present side dish. Steaks could be grilled on the patio and brought in for supper and there would be a bowl of popcorn on the table next to the grilled steaks. It’s what we did.

Three days before the procedure I had to stop eating high-fiber foods. The instructions said no fruits or vegetables, full stop.

The day before the procedure I moved to a liquid diet. Nothing red, nothing purple, and only liquid. I drank chicken broth for all three meals. I know green jello well. I drank 7-UP and apple juice. It wasn’t as bad as giving up popcorn and I could deal with it.

Last night began the final step of prep: drinking the gallon of lemon-lime “stuff” that would help me clean my bowels. The instructions were simple: eight glasses, each 10 minutes apart, until I was through half the gallon. Because Imperial Measurements are completely random, I thought that meant four glasses to get through 32 ounces in a half gallon. Ha ha! There’s 64 glasses in a half gallon because a gallon is 128 ounces. So much for that. But I dutifully drank all eight glasses, had my moments in the bathroom that don’t require a great amount of detail, and surprisingly I felt well enough to attend a showing of “The Book of Mormon” at the Oriental Theater with the family. The stories I had read online talked about bringing multiple laptops to the commode, screaming in pain, and writhing in agony, but I had none of these systems. A bunch of liquid came out, I wiped, I flushed. Relax on the couch for a few moments, rinse, and repeat.

I didn’t need to hit the washroom during intermission last night. The accounts online were way overrated. Probably to increase hit counts.

This morning I finished the gallon of lemon-lime stuff starting at 4:00 a.m., did the bathroom thing a few times and had time for an hour nap before heading to Northwestern Medical Center downtown. I was in the office on time and the doctor came in to visit shortly before I went into the procedure room. The worst part of the whole experience was the IV port in my arm and that wasn’t even that bad.

I told the nurse injecting the sedative into the port that I would remember her name and say nice things about her in my blog. I also warned her that I talked in my sleep and asked her not to hold anything against me. She giggled and I passed out; that was the last thing I remember.

I barely remember being in the recovery room, aside from Dr. Lee coming in and telling me that I had NO polyps in my colon. They had found nothing but a very clean colon. I had done the prep very well and I made it easy-peasy. “See you in 10 years”. Next thing I knew Earl was at my side smiling and then we were home.

There was lunch and some travel in between but I am definitely having gaps in my memory. The sedative lingered a bit; I slept a few hours and then all of a sudden things were back to normal.

Except I stopped worrying. I did a lot of worrying for nothing.

I don’t know if tendencies for colon cancer get passed along generational lines or not. Dr. Lee told me he wasn’t worried about that history. No one else in the family has signs of colon cancer (that I’m aware of).

I’m just happy I had a clean bill of health today. I’m occasionally told I’m full of crap. I have the pictures to prove that statement false. 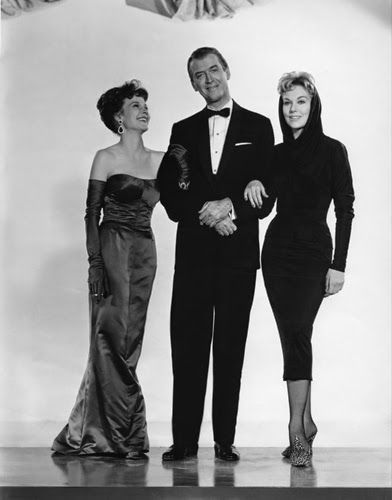 Per our annual holiday tradition, Earl and I watched “Bell, Book, and Candle” last night. The 1958 movie stars Kim Novak and Jimmy Stewart. Kim plays Gillian Holroyd, a witch living in Greenwich Village. Jimmy is her human love interest. It’s a very bewitching movie and probably my favorite movie of all time.

I love watching movies from the mid 20th Century. Not only is the architecture and decor absolutely gorgeous, folks from that era knew how to dress for the occasion. In the movie, Shepherd and Merle meet up with Gillian at the Zodiac Club, an underground club. Live music is playing, people are drinking martinis and the like and Jimmy Stewart’s Shep is wearing a tux for the occasion. Janice Rule’s Merle is wearing a beautiful gown. Their style is impeccable. People knew how to look their best.

This morning during my walk I couldn’t help but notice the number of people getting on the train in sweatpants. I wondered if they were headed to work dressed that way or off to the gym. My workplace is now allowing shorts to be worn year ’round. I would never think to wear shorts to the office.

I used to be a t-shirt and jeans kind of guy but as I’ve grown older I’ve felt the need to dress nicer. I’d love to wear a tux again. Maybe the next time Earl and I go out for a swanky date night I’ll really dress up for the occasion.

I always feel my best when I’m dressed to be bewitching.

Before we had the Internet of Things, we had the X10 protocol. Timers and controllers communicated with switches and modules over the electrical wiring throughout the building.

When Earl and I sold our first house back in 2003 we left behind wired in X10 switches in several key places. When we’d drive by the old home the outside lights were always on, even on the brightest of days. The new owners apparently never figured out how the newfangled switches worked.

Going through the Christmas decorations, Earl found a controller we used for a lighting display. I don’t have the heart to throw it away. 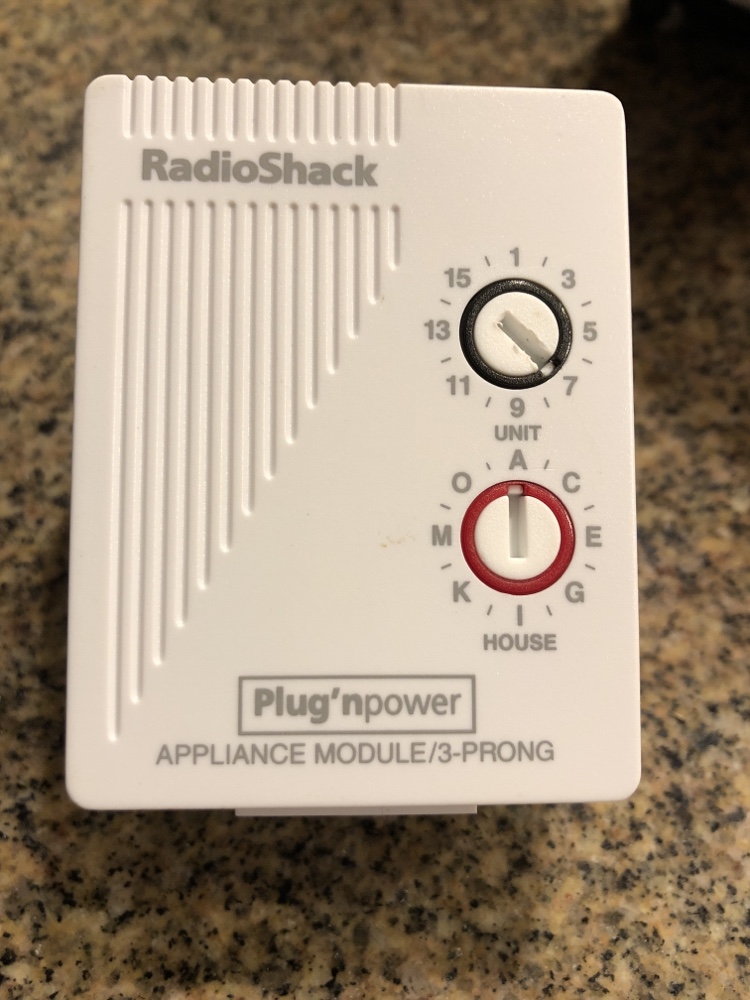 Please make your passwords so complicated that you canâ€™t remember them. Never use the same password for multiple sites, accounts, or applications.

There are some excellent password managers out there: 1Password, LastPass, KeyPass all work well. If youâ€™re in the Apple world, your complicated passwords will sync between your devices. Google offers the same thing with their products. I donâ€™t know if Microsoft offers syncing.

If you have to manually type in a password (ahem, Microsoft Windows 10 on a typical laptop), remember the muscle memory, not the characters. Throw lots of non-alphanumeric characters in there. Interspersed capital letters are your friend.

If a website or service doesnâ€™t allow non-alphanumeric characters, ditch them. Theyâ€™re not concerned with keeping your data safe.

The More You Know (shooting star). 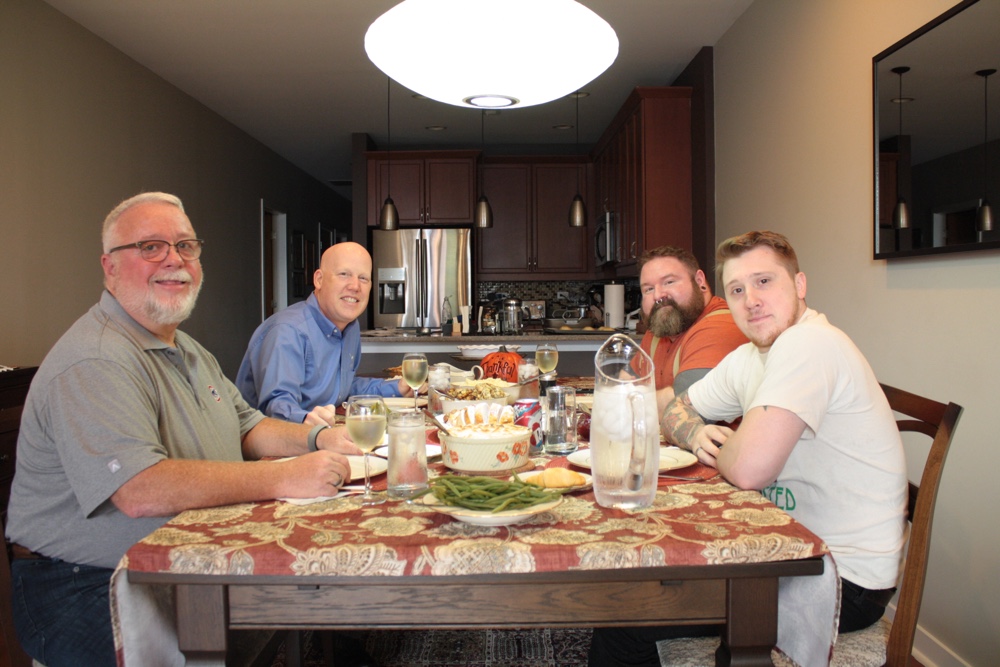 The Amazon ad keeps blaring on the television. This year the ads feature “Can You Feel It” by The Jackson. That track was sampled by The Tamperer featuring Maya in “Feel It”. When I was in radio there was a stretch of a few weeks where we played “Feel It” every 96 minutes.

So here’s the video:

Yesterday we broke down and turned on the heat. Since making this adjustment on our fully computerized thermostat, the furnace has not turned on, yet the temperature has gone up. Living in a condo building has its advantages, we just get heat from our neighbors. Let them pay the gas bill.

This blog was down for about 48 hours due to changes on the server made by my web hosting company. They were fast to respond and had things back up and running within 20 minutes of my opening a ticket. This made me happy, but I don’t think anyone noticed. I need to blog more.

I’m sitting on the couch relaxing in front of my MacBook Pro, the television is playing in the background. I believe we watching a Dog Show, but I’m not sure. Apparently tomorrow is a big shopping day. The retailers really want us to buy a lot of gifts this year. I feel like it’s more important to be with friends and family and tell them than to give them a lot of gifts. I say this every year. I still end up buying a lot of gifts. Maybe I’ll bake something instead.

Dinner is at 3:00 p.m. today. Earl has been busy in the kitchen for the past two days. I’m starting to feel Thanksgiving smells from that part of the house. I’m looking forward to some family time with the four of us today.

So a tweet flew by on my timeline today telling the story of a woman who is concerned that photos of her toddler son aren’t generating enough ‘likes’. I’ll refrain from linking to her profile or mentioning her name because she’s trying really hard to be an “Instagram Influencer” and to throw likes her way is like throwing gasoline on an inferno.

Apparently she’s tabulating the number of likes each of her children get and because this young lad isn’t receiving the same number of likes as his siblings, she’s concerned he’s going to be affected by it later in life, “when he’s older and realized he’s not as popular.”

My god. As Casey Newton, Sr. Editor at The Verge put it, “we are living in hell”.