I am on United Express flight 4007 from O’Hare to Greenville-Spartanburg. It’s been about six months since I last traveled for work; I’m looking forward to seeing my colleagues in person. Living in Chicago provides yet another perk; with O’Hare in the neighborhood it’s rare that I have to do the connecting flight routine anymore. I don’t miss the stress of bounding through an airport trying to make that next flight that I invariably scheduled to close to my arriving flight.

Now if we could do something about the traffic getting to O’Hare. Small steps.

I’ve been trying to find a way to share my thoughts (in a sane manner) around what’s going on in the United States these days. I’m sure I’m feeling the same fatigue as many others are experiencing when it comes to the news and the country seemingly darting from one crisis to another. In the past seven days we’ve had bombs mailed to prominent people in political arenas and nearly a dozen people shot to death in their chosen place of worship. I firmly believe the perpetrators of these crimes feel as sense of empowerment from Trump, his administration, and his supporters. I’m at the point now where I’ve lost most of my tolerance for anyone still supporting the guy. I’m sure there are folks that read this that still feel Trump is doing a great job and that the country is in a great place. I would counter you are wrong and if we’ve never had a political discussion we probably shouldn’t start the practice.

Since my travel plans for work were in the air (no pun intended) until the last minute, I didn’t know if I was going to be around on Voting Day or not, so I requested an absentee ballot. Last night I completed it and sent it off in the mail. I don’t have a lot of faith that the American populace will do the right thing during these midterm elections in ten days. The polls sound encouraging but polls have been wrong before and I’m sure they’ll be wrong again. It’s all about “wait and see” right now. I hope that we’ll vote off this present political direction, but this ship will move slowly and this battle will still go on for years to come. 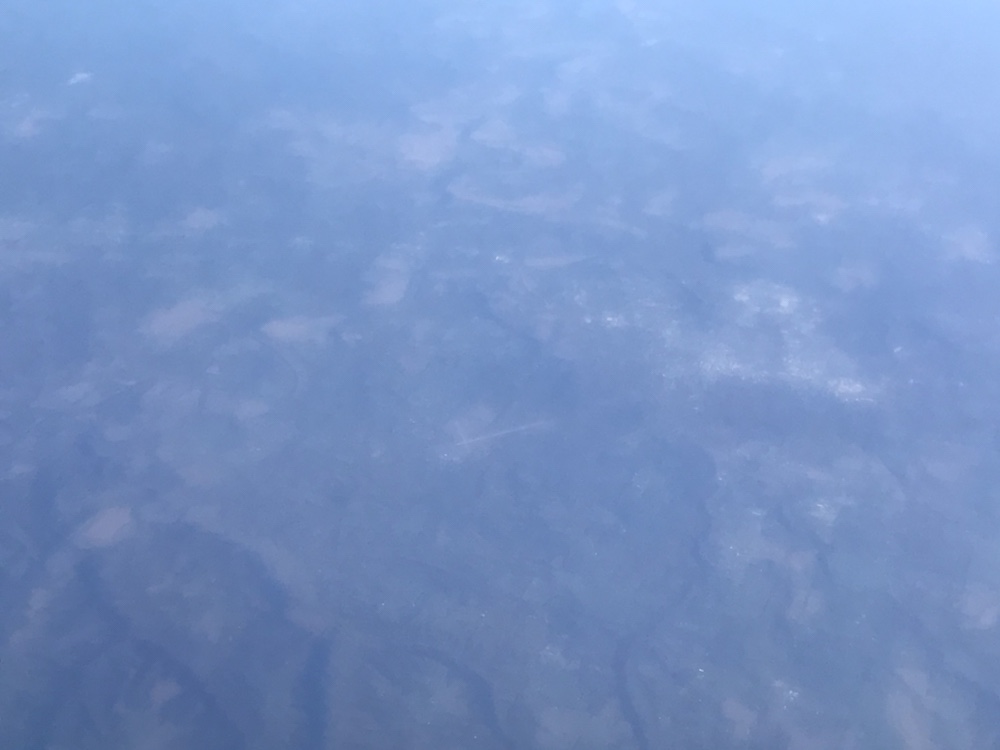 For now, I’ll just look out the window of this beautiful flight and play “spot the airport”.

I need to fly more.