While Earl and Jamie are getting ready to attend a wedding this afternoon, I’m spending some free time touring around the back roads of Boulder County Colorado before heading up to visit friends in Cheyenne later this afternoon.

I’ve been driving along U.S. Route 287 when I came across Longmont, Colorado, a charming town that feels quite prosperous, with a very nice “traditional” downtown area. 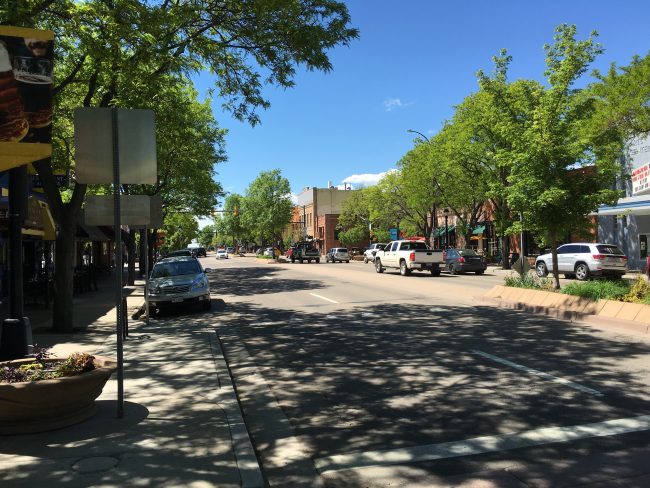 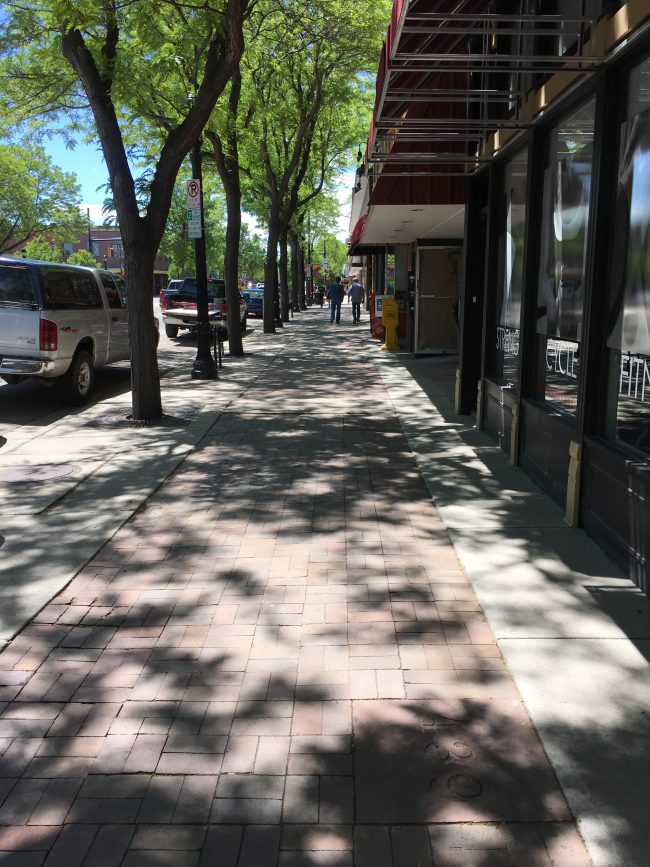 Longmont has one of those downtown areas that is still quite pedestrian friendly. U.S. 287 doubles as Main Street and is two lanes in each direction. There’s a median down the center of the street. Traffic is slowed down to 25 MPH and there are plenty of pedestrian crossings both at street corners and midway through blocks. As a Civil Engineer, I can appreciate the “traffic calming” measures in place. There are plenty of trees and other landscaping features. Restaurants, shops and the like line both sides of Main Street. I didn’t see a lot of empty store fronts. There were a few people on the street. The vibe was a friendly one.

I found a barbershop along Main Street and barber Jeff cleaned me up for $20.00. Elite Barber Shop is the oldest business in downtown Longmont, having been around for well over a century. The current owner has had the shop since 1972. Like the vibe of the downtown in general, the folks in the barbershop were quite friendly and chatty; I never felt like an outsider. It was like a step back into time where folks were a little bit friendlier to one another and the pace was just a tad bit slower. I enjoyed the change (and my face feels amazing!) 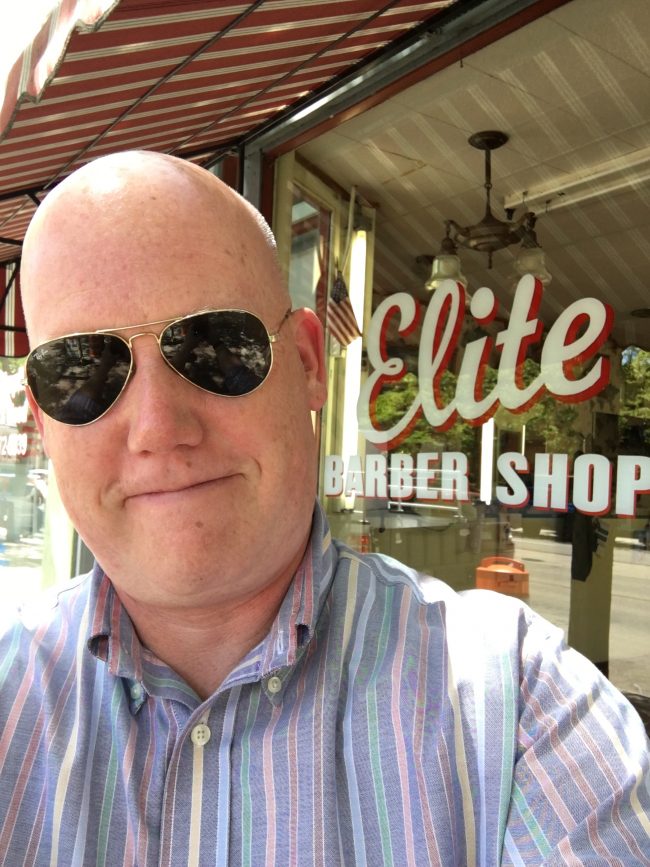 My paternal grandparents spent much of their retirement traveling the United States on month-long road trips and both would comment that once you got out of the Northeast one would find that folks are much friendlier. While I do find that we do have friendly folks back home, I have to mostly agree with their observations for I’ve found the exact same thing. Striking up a conversation with a stranger when I’m traveling comes a lot easier to me than when I’m back home.

I look forward to the opportunity to visit this area again. This is my third or fourth time in the Greater Denver Area and I’ve always liked my experiences here.