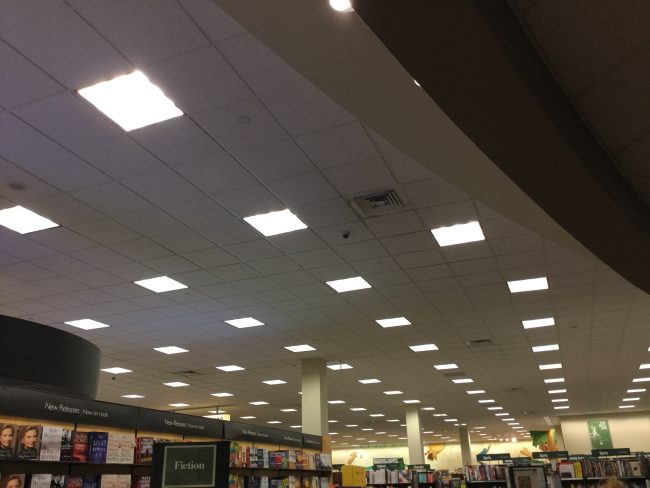 Today several people have said to me, “May the Fourth Be With You”. While I was tempted to reply, “and also with you”, on each occasion, I opted to show my true allegiance with “Live Long and Prosper”.

Earl and I are currently sitting in the local Barnes and Noble, which is pronounced “Barnes and Nobles” in these parts. This utterly wrong pronunciation was most likely inspired by the mispronunciation of Ames as “Ameses”. It was easier to just say “Westons”, even though they closed.

It’s the fourth of May and to celebrate reading and books, Barnes and Noble has an R2-D2 running around the Nook corner chattering away in something that only an Android phone can understand. Every once in a while a child screams in delight, another child smells like they’re dumping in the diaper, but by God, May The Fourth Be With You.

I don’t even know what May The Fourth Be With You means. Do they say that in the English speaking countries in Europe, where they most likely say it’s the Fourth of May? Does Canada say the fourth of May or May 4th? If you think about it, the European style makes sense because the word order is hierarchical: date, month, year. The date is the smallest time unit, followed by the month, followed by the year.

There is a man wearing a fedora working on a PC. He is running Windows 7 and I know this because I can see his PC on the network. I was going to leave him a love note on his desktop praising his chapeau of choice but I decided I didn’t want to flip him out and have him lose his cool. The fedora keeps him chilled looking.

Earl is trying to watch a video clip by holding the speakers of his iPhone up to his ear. I think it makes it harder to see the screen that way but to each his own.

Perhaps R2-D2 can bring over some headphones.