Over the past week or so our neighbors (two houses over) have been cutting down trees and doing a lot of work out in their portion of the woods. This morning I became a little bit alarmed when I realized it looked like they were prepping the land to build something. The area they have cleared is large enough for a decent sized McMansion. If my suspicions come true, the kitchen table will look out over some woods and the back of a McMansion.

Now, we live in a good sized house that was built in the latter half of the 1990s. It sits on two acres of property that isn’t nearly as roomy as our old homestead of 38 acres but I can deal because I can see out into the woods. If the house was located on one of those McMansiony streets, I’m sure our home would have no issue with fitting into the McMansion crowd.

In all honesty, I have no reason to complain about someone building out in the woods because our house is situated behind our neighbors’ house, and when they look out their kitchen window they most likely see our house. And for the first several years of living here, I felt bad about that, because I felt like we were intruding on their space. The only saving grace was that our neighbors are friendly and I can see out into the woods behind our house.

I can not fathom why anyone would want to live in row of McMansions. I have wondered over the years what would possess a young couple to dream about living in a row of homes in a cheaply built house that wasn’t exactly like but well coordinated with the houses around it. These McMansion rows are different than the post-WWII suburban housing developments; at least back then there were trees, the roads had curves to them and there was some semblance of character to said developed area, but lately folks in these parts have been building straight rows with every house lined up perfectly in some sort of Stepford Synchronization. 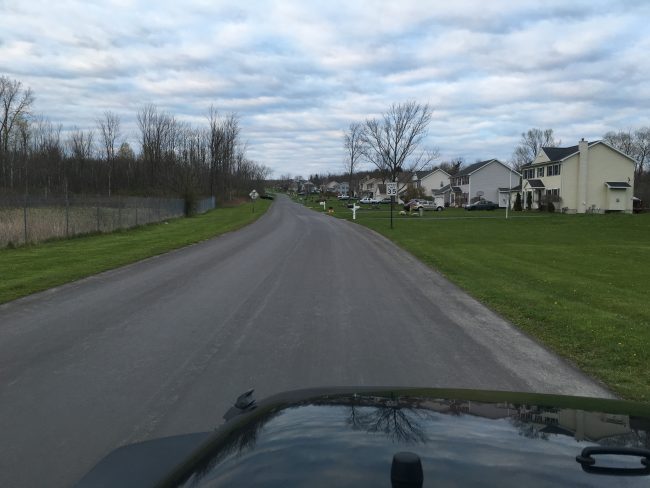 All that’s missing in that photo is matching mini-vans in assorted drab hues.

I couldn’t find anything in the local Town Board Meeting minutes that would indicate that there is something major in the way of construction going on in the woods, but it really looks like we are going to have something nearby and whatever springs up in the woods is going to be an impediment to the view of the woods that I thoroughly enjoy.

Until I can determine what’s going up back there I’m going to have to do my best Mrs. Kravitz impersonation and keep an eye on the progress. 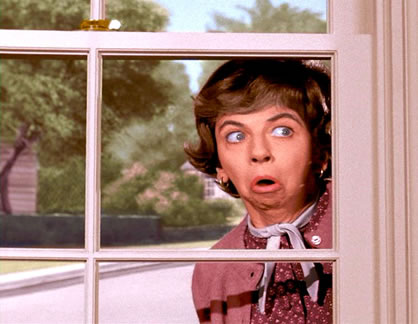