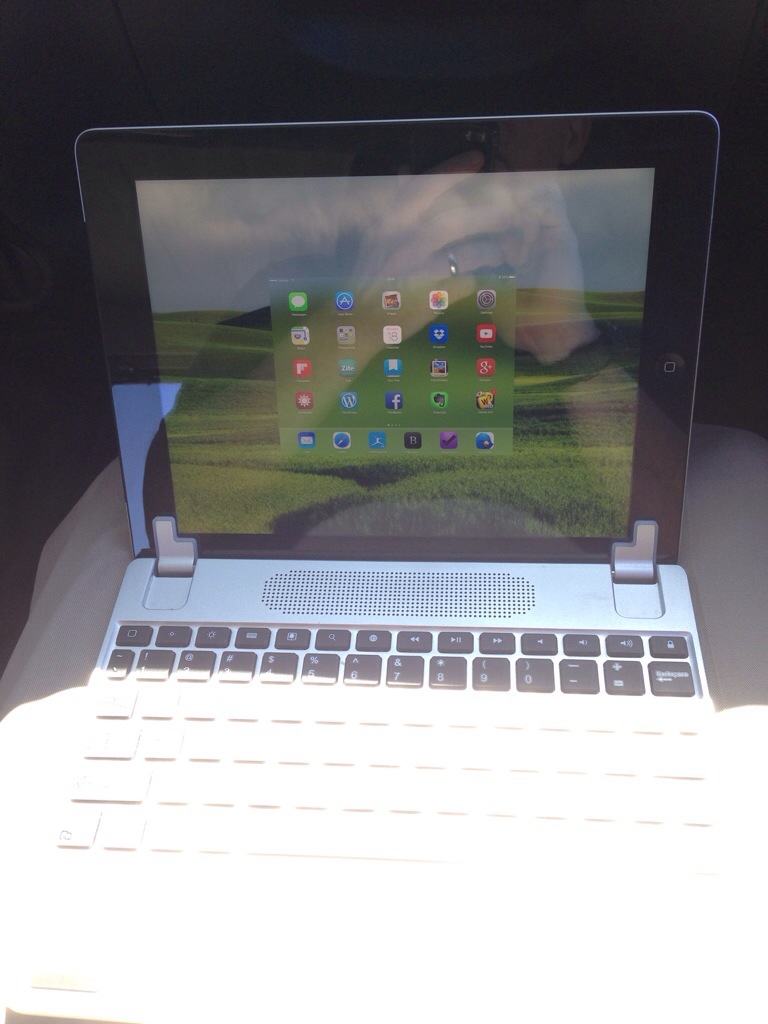 For the past 24 hours or so my iPhone and iPad have been going crazy with app updates. I probably have around 50 apps on my iPhone and 100 apps on my iPad and I would say that half of them have been updated in preparation for the big release of iOS 7. For those not familiar with iJargon, iOS 7 is the latest iteration of the operating system used on the iPhone, iPad, iPod and Apple TV. iOS 7 brings a paradigm shift in look and feel of the OS and also brings along a whole bunch of new, nifty features.

One of the features of iOS 7 is AirDrop, which allows you to select something on your iPhone or iPad and magically, breathlessly beam it to another person with an iDevice. You can confine AirDrop to folks on your contact list or you can make AirDrop be wide open so anyone can beam a file (a picture or a document or whatever) over to your phone.

The possibilities are endless!

I kind of like the idea of AirDrop, in fact, I used it to beam the photo of my iPad that you see above. Long, long ago I used a similar feature on one of my Palm devices to send my phone number over to another passenger on the T in Boston. I was single at the time but he never called. At least I hope I was single at the time. Hmm.

Oh the way I kid. Earl and I shall laugh about this little bit of kidding this evening over supper. We’ll have a nice laugh together.

I mentioned on my Facebook stream yesterday that folks should go ahead and update to iOS 7 when given the opportunity. Though I have an iPhone 5 and an iPad 4, I’ve heard good things about the new operating system on older devices, though if you have an iPhone 3GS or an original iPad, you’re out of luck.

Now, I’m going to confess right here and now that I have been toying with the idea of switching to an Android device, more specifically, a Moto X. I’ve read great things about it. I’ve heard great things about it. But I’ve touched it and while it is quite nice, it’s still not as solid feeling as the iPhone 5 that I currently have. I’ve become accustomed to technological perfection through Apple’s attention to detail and while Apple does stumble from time to time, you can’t deny the polish that their iDevices have. I like solid. I must have solid. I hear the new iPhone 5c, in its polycarbonate shell, has a metal frame which will help maintain that solid feeling that so many of us Macboys enjoy.

So I’m still on the fence about moving to the Moto X and if I continue to feel the way I feel today, I probably won’t do anything of the sort because my iPhone and iPad are behaving wonderfully with the new iOS that comes out shortly for the masses.