I just saw this video today and it was a video that I needed to see. It made me a little misty.

I don’t know why this video is making the rounds today, as it’s date stamped over a year ago, but here’s a grown woman at a ballpark ripping a discarded baseball out of the hands of a youngster and then high-fiving her fans for her courageous act. 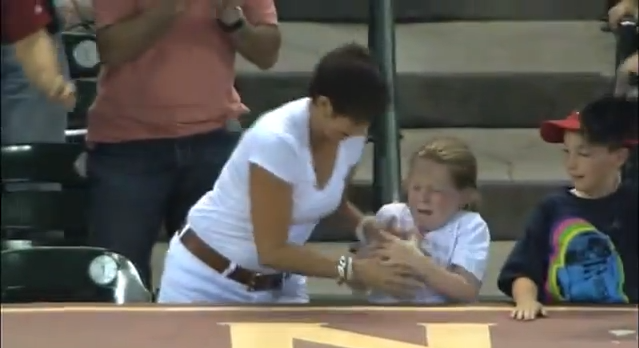 I had a paragraph here that totally attributed the woman’s behavior to stereotypical behavior, but that type of language would have been a wild generalization that probably was unfair on my behalf. I’ll share three keywords though: Hummer, sunglasses, McMansion.

It’d be a hoot of someone really identified the selfish woman.

The Pasterasti, or whatever the head of Barilla Pasta is called, made some unkind remarks about gays and how they would never be featured in marketing of Barilla Pasta, because they don’t fit the Barilla sense of family and a woman’s central role. Reuters has a news article here, Huffington Post has an article here. There has been a call by some LGBT groups to boycott Barilla and I fully support this boycott. (I believe my husband will support it as well, I just can’t speak on his behalf at the moment). I just checked the cupboards and we have no Barilla products at The Manor, nor will we in the future. Since the Pasterasti urged gays to get their pasta elsewhere, we’ll do just that. Thanks for the heads up, asshat!