So I just got back from a ride in the Jeep. When I was a baby, my Mom and Dad would drive me around in their Volkswagen Beetle in an effort to make me fall asleep. I guess I wasn’t the best of sleepers when I was a wee lad. I wonder if I crawled in my sleep. Hmmm.

It’s a beautifully clear night here in Central New York. Like earlier today, the air is crisp. As I turned on the radio and realized that Sirius/XM is playing the exact same songs in the order that they played them in six hours ago, I started punching buttons on my stereo and landed on the AM band.

Remember the AM band?

As I slowly spun the dial, carefully landing on each available frequency to see if there was anything other than static available to the listener, I instantly noticed that there’s not a lot of music available on the AM dial. This is OK, because music on the radio these days is mostly crap, in my opinion, unless it’s something nostalgic.

Making my way down the dial brought back memories of sitting in my bedroom at age 14 looking for Dr. Ruth on a Sunday night. Even back then I was a huge geek and I would opt to listen to Dr. Ruth on Rock 102 out of Buffalo instead of listening to her on the much closer Y94. I have always found it so cool that at night (and during thunderstorms) you can tune in some distant stations on a good radio. This works on both the FM and the AM band.

During my ride a few moments ago I listened to WBAL out of Baltimore. I also tuned in a station that never mentioned its call letters but it talked about Sudbury and North Bay. Since I know a radio engineer in that part of the woods, I’m not surprised that his transmitters might be cranking out the amount of power required to reach my ears. It’s a cool way to connect.

The AM radio band is pretty much forgotten in today’s digital age. Spinning the dial around the three and four digit frequencies relaxed me enough to know that I’m going to get a good night’s sleep.

Sometimes it’s good to be nostalgic. 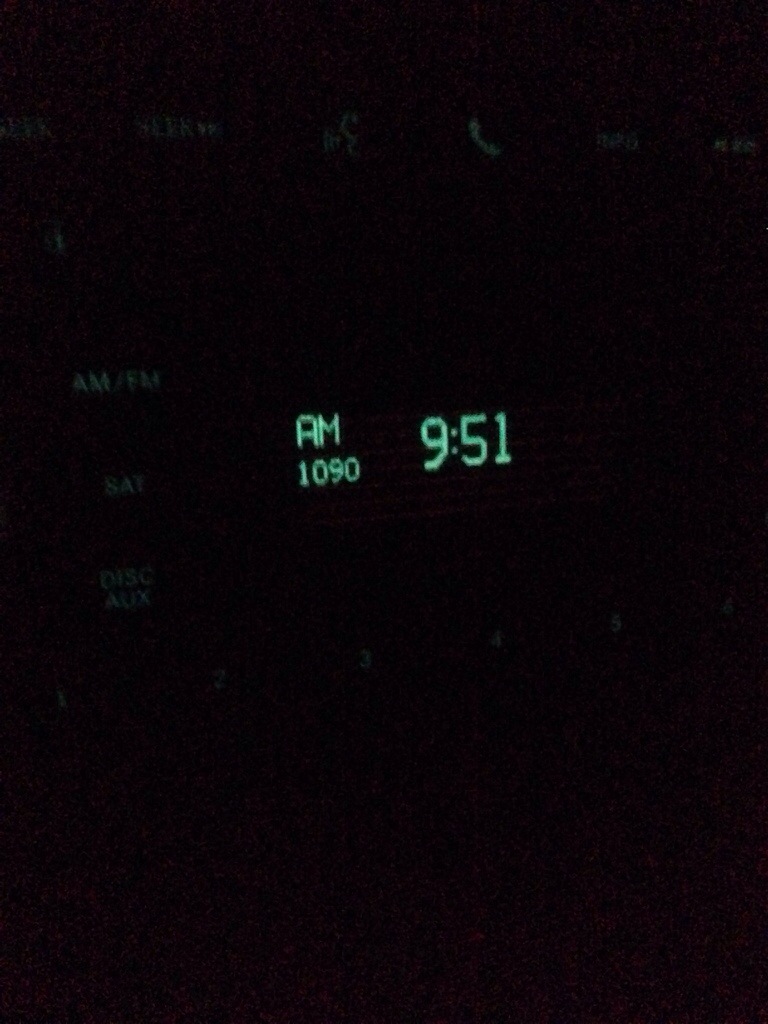