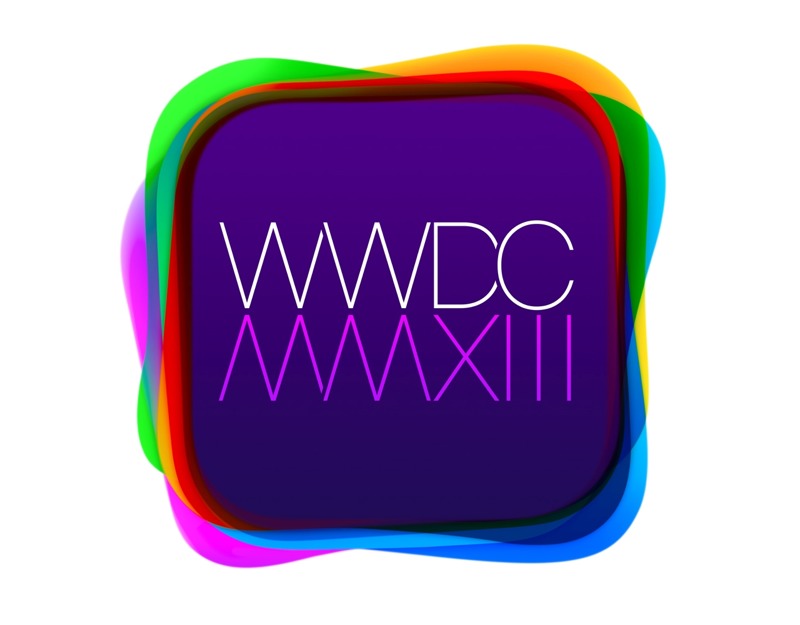 So the keynote speech from Apple’s WWDC is less than an hour away. As a geek, and more importantly, as a nearly rabid Apple fanboy (I admit it!), I’m not only excited but I am Ã¼ber excited to see what Apple will be talking about during this keynote speech. Expected topics include announcements of a new version of iOS for the iPhone/iPad/iPod (iOS 7) which reportedly will have a new, “flatter” look to it and a new version of OS X. OS X has traditionally been named after “big cats”, but banners seen at the Moscone Center in San Francisco show a big ocean wave, so my guess is “Sea Lion”, but we’ll see.

The “DC” in WWDC stands for “Developer’s Conference”, so this is traditionally where Apple shares what’s coming up for their various computing platforms. While updates to Apple hardware aren’t out of the question, there probably won’t be some six-inch iPhone 6 coming out, but on the safe side, Earl and I have held off on adding a new iPad to the MacInHouse before hearing what is announced today.

I can’t wait to see what Apple announces today.

Speaking of iPads, I have been giving some serious consideration to making my iPad my main computing device. My MacBook Pro is from 2008 and the iMac is from 2009 (the work MacBook Pro from 2010 doesn’t count) and lately I have been finding that much of what I want to do can be accomplished on my iPad, especially when teamed up with my keyboard from The Brydge. Earl has expressed an interest in getting a full-sized iPad for work purposes, so there has been talk about shuffling some iDevices in the family around so that I can get an iPad with more storage. Only time will tell.

Less than 45 minutes until the big keynote! I’ll probably blog more about it later today. Who am I kidding, of course I will! In the meantime, I’ll make popcorn to snack on for the big event, which will be on in the corner as I work on my work stuff from my home office.