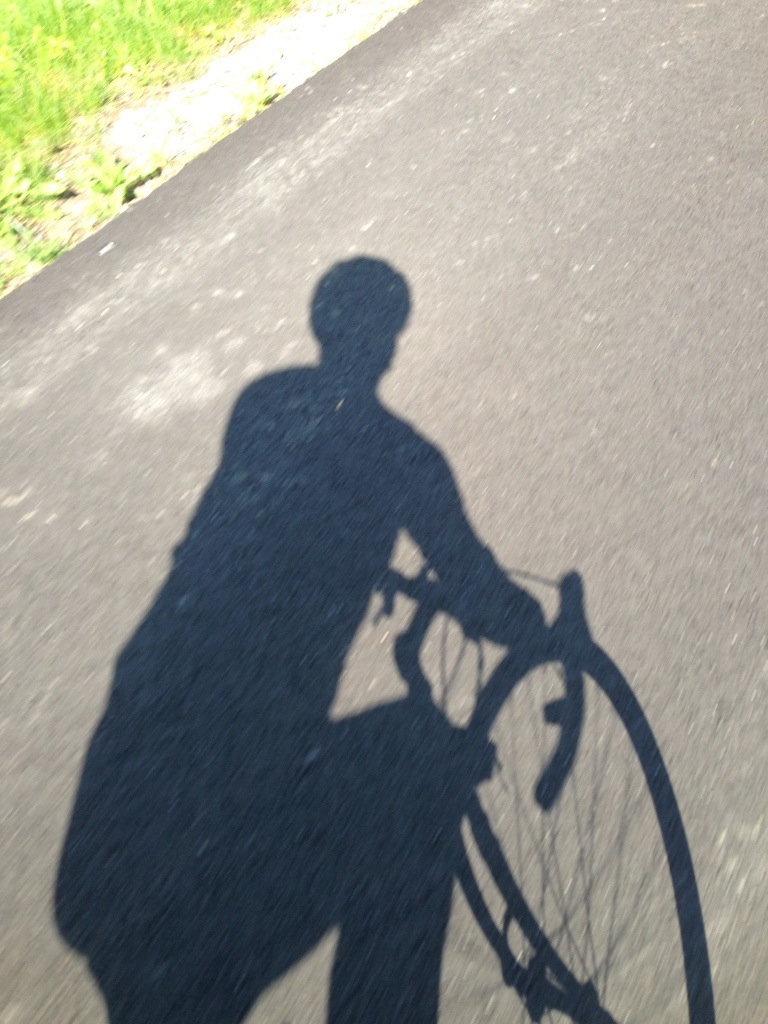 When I started actively riding my bike again late last year I made a conscious effort of riding in the morning before work. I figured that this would be a good way to motivate me and to have a better, more productive day. By getting the blood moving, the muscles working and the juices flowing early in the morning, I’d be a top-notch soldier of life, just like those in the Armed Forces that I admire.

This approach has worked quite well for me and I believe that the results are paying off, both physically and mentally. However, over the past couple of weeks I have been struggling with my schedule again; sometimes 0530 just feels too early to me and conversely, 2130 (9:30 p.m.) just feels to early to go to bed when there’s still daylight until 10:00 p.m. (Curses, Daylight Saving Time!)

The other thing I have been struggling with is the jarring of an alarm clock. Normally I wear my FitBit on my wrist at night and that has a gentle little vibration thingee that wakes me up at a prescribed time. Unfortunately my FitBit died (I think it finally gave in to the ride it had in the washing machine a while back) and I’ve had to rely on my alarm. It’s kind of humorous to realize that I had forgotten how much I dislike any sort of audible alarm in the morning.

Anyways, because of the struggling I’ve been doing with the morning thing, I have opted to ride my bike after supper a couple of nights this week and the results have been quite satisfactory. Not only have I gotten the physical exercise that I was looking for (albeit on a more manageable schedule), but I have really stretched the mental muscles while exercising and it has been quite nice. Riding my bike always puts me into a certain headspace where I can be more creative and the like, but the past couple of rides have been really zen like. Things have drifted in and out of my head, problems have been resolved and logistical problems with my projects at work have worked themselves out, all whilst riding my bike. I’ve lost myself in these zen moments so much that I’ve “come to” a couple of times and not realized how many miles I have pedaled at that moment and have quickly had to make the determination to head back home. Now before anyone gets overly concerned, my safety has never been in jeopardy, I’m always fully aware of my surroundings, but I have been able to lose myself in that moment, which has helped me find a really sweet spot in my head.

I don’t lose myself in the moment nearly as much as I used to. That’s rather unfortunate.

One of the reasons that I love road trips in the Jeep is because not only can I satisfy my road geek/road warrior/road scholar needs that are always present, but my road trips afford me much of the same zen-like moments that I am enjoying on my bicycle. Because of these zen moments this week, I have accomplished more this week at work (and reorganized several personal, extraneous matters that were niggling at the back of my mind). Given a few moments away from the noise of iDevices and ringing phones and IMs and the like, I feel like I’m able to conquer the world again.

And with a few more of these zen-like experiences, I must do just that.