So today Apple announced a new version of their popular iPad, the iPad mini. As the “mini” name implies, this iPad is smaller in nature than the iPad that is near and dear to the consumer’s heart and is designed to compete with the Nexus 7, the Amazon Kindle Fire and the smattering of Windows 8 tablets coming out later this week.

During the announcement, Apple also announced the replacement of “the new iPad” (aka the iPad 3) with a bigger, better, bolder model. While the iPad 2 is still available on the Apple store, the new iPad (aka the iPad 3) has vanished without a trace and has moved to the halls of obscurity. Like those that carry the original iPad, those with the iPad 3, which was available for somewhere around six months this year, will get laughed at, mocked and sneered at by the Apple Elite.

Somewhere a man is already in line for the latest gadgets that don’t come out for a week or two. That’s what Apple people do.

I have to admit that the forced obsolescence of my new iPad kind of has me ticked off. It’s bad enough that my iPhone 4 has been deemed too slow to give me turn-by-turn navigation through that crappy iOS maps app that Apple sprung on everyone (even though several other apps can handle the task just fine) and that my iPhone 4 has been deemed too slow for Siri to tell me she can’t figure out what I mean, but it’s almost a given that in the fairly near future the new iPad will be deemed too slow to do things such as fling birds at pigs and play YouTube videos. This is how Apple operates now; they don’t even wait a year between product releases. We must move move move move move those old devices into landfills as quickly as possible so we can get the latest and greatest innovations such as Siri’s convenient response of “I’m sorry, but I can’t give you flight information.”

By the way, download the Google Search app and ask for flight information and you’ll get it, on an iPhone 4. 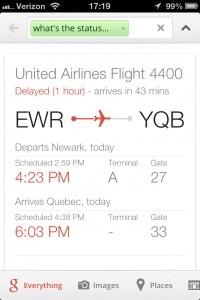 Not having the latest and greatest doesn’t hurt my ego in any way. I think my irkedness (is that a word?) is fueled by the fact that both Aperture and iPhoto were randomly crashing this morning while I was trying to export my photo library on my Mac Mini. What happened to, “It just works”? That motto applies less and less these days and that bothers me. Why pay a premium price for the same old subpar experience I could get from a crappy computer from Wal*mart (Always White Trash, Always)?

I could kind of see this forced obsolescence if Apple was announcing new features with these new devices, but they do the same old thing as the old devices but with just a better display and a new connector that is in no way compatible with any other iDevice we have in the house, unless we buy a special cable for $30.

Since I will eventually have to replace my iPhone 4 that can now barely hold a charge between meals and I’ll be forced to use all new accessories anyways, I’m seriously considering jumping out of the Walls of the Fruit Garden™ and into something else. I find Google Now to be a pretty nifty thing and it will segue beautifully into the upcoming Project Glass from Google.

Now that is innovation.