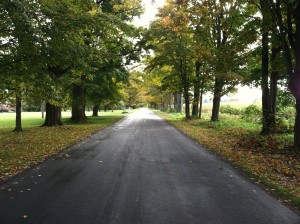 So I’m trying to fall in love with my iPad again. I know that I am a very lucky geek to have the new iPad, and I do enjoy using the device, but I’m trying to love it. I’m trying to convince myself that I don’t need to bring a laptop along when I go somewhere, that my iPad will do everything that I want it to do.

The one thing that I struggle with is writing. And quite frankly, I love to write. The lack of a keyboard on an iPad is the issue; I usually end up using an Apple bluetooth keyboard, but it feels kind of weird to haul such a keyboard into a Panera or other café. It sort of feels blasphemous.

A few months ago there was a Kickstarter project for a device called The Brydge, which basically added a keyboard to your iPad and turned it into something quite like a MacBook Air. The Brydge is rather pricey though at around $180, $200 if you want upgraded speakers. This is a nifty idea, I suppose, but I’m really picky about keyboards. Because of the speed at which I am able to type, it’s really important that I have a full-sized keyboard. Back in the days of my original iPad, I had a case with a built-in keyboard but it was this Barbie’s Doll House version of a keyboard and my fingers didn’t know where to travel to. My brain was more confused than usual when my pinky was aiming for an “a” and all I got was a caps lock light turned on. Any by the way, who needs a caps lock key anyway? I find any prose written in all caps to be quite offensive to my eyes and sensibilities. Didn’t we give up caps lock around the release of the Apple ][e?

So I’m trying to find a way to love my iPad and make it work as my primary portable device. I know I wouldn’t want anything smaller; I have my iPhone 4 to handle those duties. I guess I just need to find a way to get the perfect keyboard attached to the thing. The Brydge? It’s a possibility (though quite pricey). I feel funny asking about iPad keyboards at the Apple store because the associate will quickly gasp in horror before composing himself back to Apple-standard friendliness. Maybe I need to go to Best Buy or something of that ilk and see if there are some keyboards that I can try out.

I’d love it if any of my Apple happy/iPad using readers have a suggestion.