Well we are settled in at the Top of the 80s for the night. We have stayed at this Hampton Inn before, it seems to be a popular stop for our drives. We are going to get up bright and early and keep heading south tomorrow. I’m hoping to make it to Savannah or even farther.

As usual, it’s raining in Pennsylvania as we make our way along our vacation route. It would not be a vacation unless it was raining through this part of Pennsylvania. It doesn’t rain when we go to Philly, but it rains in Scranton, Wilkes-Barre and Hazleton. It’s just the way it is. I’m without complaint. I know it doesn’t sound like I’m without complaint, but I just make observations. That’s the way it is.

As promised, I am using nothing but my first gen iPad as my computing device of choice for this vacation. I’m excited by the challenge. And based on the number of messages I received since blogging this afternoon, I may really get the “I’m a first gen iPad owner!” t-shirts printed up with a retro Apple logo on them. I could make a mint.

Now I have mentioned that this blog, amongst other things, functions as an insight to the way I am in real life. While it is a controlled atmosphere of sorts, I still am pretty open with the way I function in the real world with my writings on this blog. What you see is what you get. And this flip flopping back and forth regarding the new iPad makes Mitt Romney look like he’s got his mind made up about everything.

This morning as I was driving into work, I went into daydream mode and hashed out what’s been floating around in my head for the past 24 hours or so and I came to the determination that in reality, the new iPad (which is called ‘the new iPad’), while very nice, makes me more ornery than anything. You see, there is nothing wrong with my first generation iPad. Nothing at all. When taken out of it’s case it’s still looks all shiny and new. I don’t have the need for a camera on my iPad and in the one instance that I saw a person using an iPad2 to take a photo I pointed at them and made a snorting noise that was meant to resemble mockery. The only reason that I would need the new iPad (which is cleverly called ‘the new iPad’) would be to run the new iPhoto app, because Apple released that yesterday and to run the new iPhoto app, you need a front-facing camera because apparently someone wants to watch you use the new iPhoto app.

I kind of find that weird.

So now the ornery in me is turning into it’s own resolution. Write this down or take notes if you give a damn.

1. I have a 2008 MacBook Pro that is going to continue to be my laptop until it costs more to support it than buy a new one or I can’t use it anymore because it’s just not compatible with what I need to do on a laptop.
2. I am keeping my current iPhone 4 at least until I am eligible for an upgrade, which isn’t until February 2013. And I might keep the iPhone 4 around longer just to prove that I can.
3. I am going to use my current iPad in all it’s delicious glory until it’s impossible to get anything accomplished on it.

And to take this stubbornness one step further, for the vacation that we are about to embark on at 1600 EST today, I am taking ONLY my iPhone and my iPad and I am going to blog and share pictures using these outdated devices to prove to the world that it can be done no matter what Apple says. I love my Apple products and I absolutely believe that they have the best hardware out there, but I’m not going to upgrade just because they have decreed it to be so.

And that, gentle readers, is me not flip flopping on the issue anymore.

Note to my dear husband: feel free to print this blog entry out and shove it in my face the next time I mention buying something new just for the sake of buying a new Apple gadget. Gifts, however, are always welcomed. 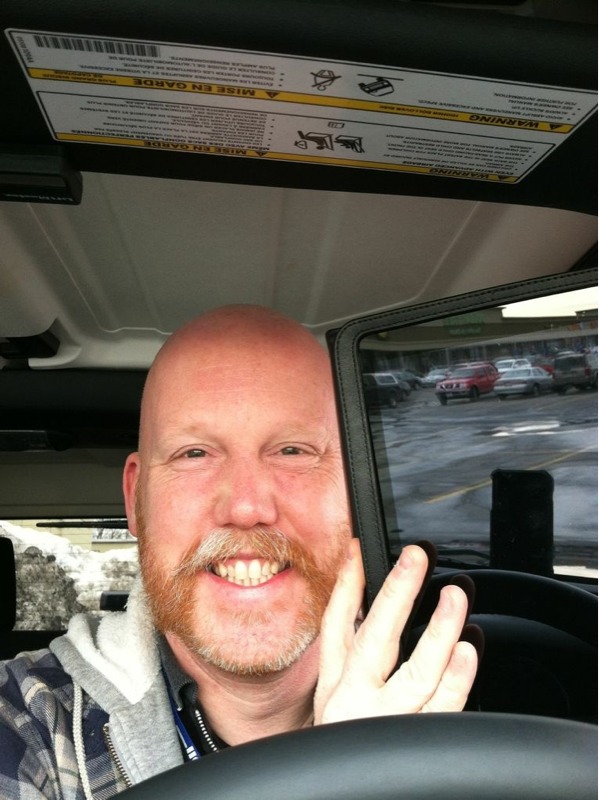