Here is a shot of Earl and me from the same set of stairs at Disney’s Hollywood Studios as the shot on the front page of jpnearl.com. This photo on the main page was taken in 2005, this shot was taken on Monday.

I tried to snap a few photos at “Fantasmic!” but without a tripod and the unwillingness of the audience member in front of me to tolerate my using his head as a steadying stand, the long shutter speed proved to be a bit of a challenge. These photos were taken with my Canon Rebel. 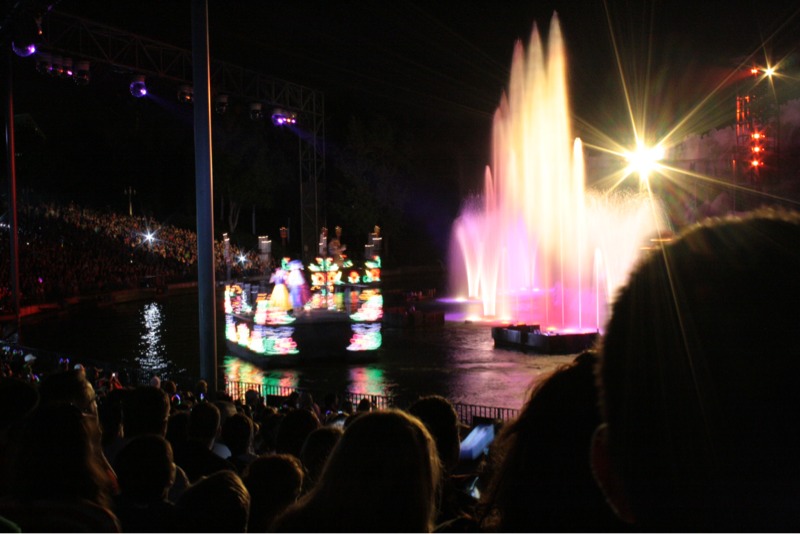 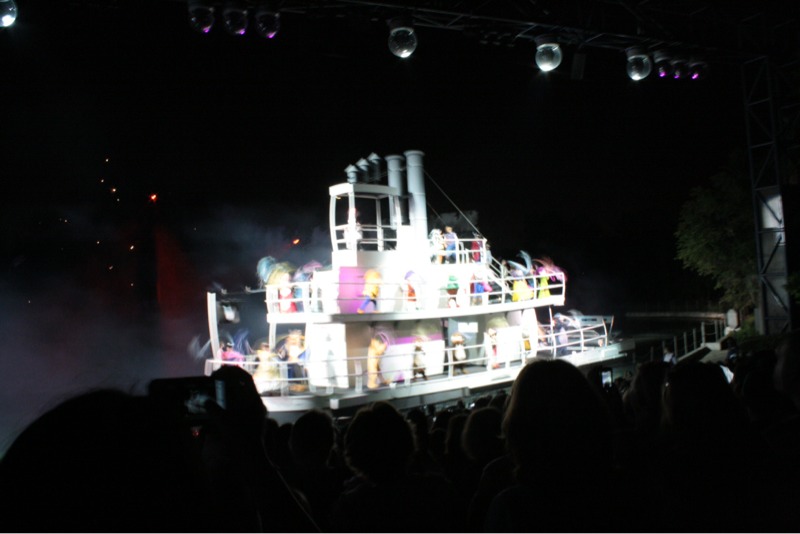 Daylight shots are so much easier. Here’s Earl, Jamie and Scott waiting for me to take a photo. We don’t know the woman in pink. 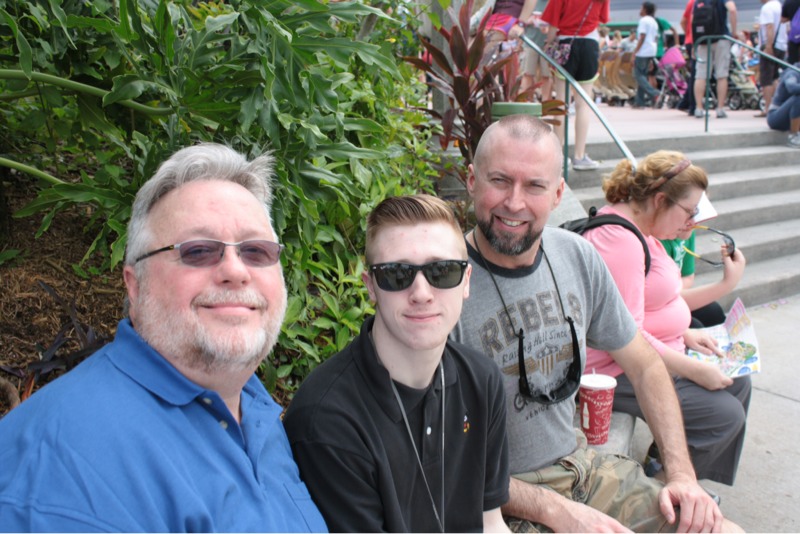 I have been using my iPhone for photography more than anything other purpose on this trip and this has contributed to the feeling of relaxation that I am enjoying this week. I hear that it’s just as warm at home as it is here in Florida. Quite a contrast to a few incidents of our return home in previous years, where we couldn’t get into the driveway due to the amount of snow we received.

Yesterday was spent at the Magic Kingdom where we enjoyed the entire park, ending the night at Tomorrowland. I would share the photos from that adventure but the Photo Stream syncing thing that Steve talked about last year doesn’t work as well as one would expect. The photos are sitting on my iPhone waiting to be shared with my other devices when they’re not just on the same wifi, but apparently on the same better wifi.

I think Tomorrowland is best enjoyed at night. Space Mountain is a great ride to enjoy right before going to sleep. I’ll have to share the photos when the wifis are speaking to each other.

Today we are headed to Epcot, Part 1. I love Epcot. We choose to divide Epcot into a two day adventure; today we’ll enjoy the front half and then tomorrow we’ll enjoy the World Showcase Pavilion (or something like that).

I often wonder what life would be like if Disney had gone forward with Walt’s vision of Epcot as a real community. I think it would have been awesome.