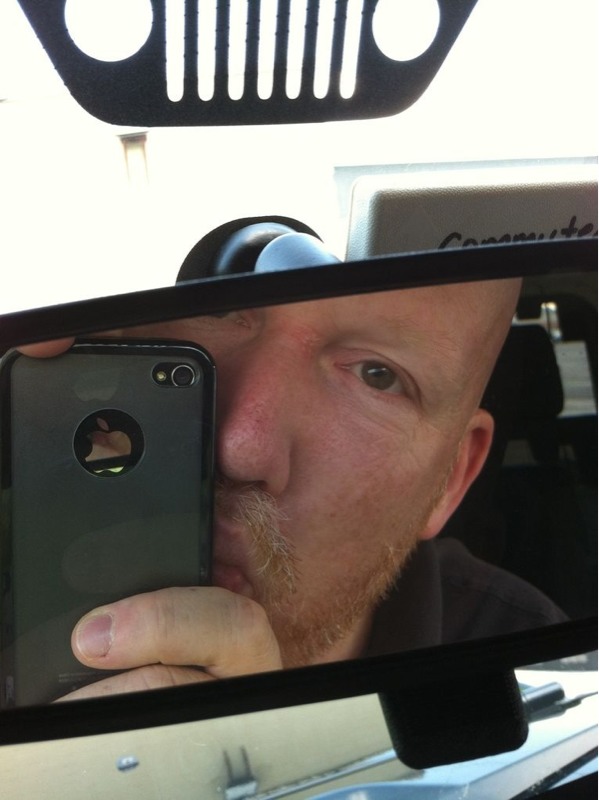 It’s no secret that I love gadgets and technology and gadgets that are based on technology, so it shouldn’t come as a surprised that I really like my iPhone. Now I know a couple of months ago I decided to give a non-iPhone smartphone a try but that experiment didn’t last very long. It was a grave error in my judgment and will not be repeated in the foreseeable future.

As a quick aside, I don’t think of myself as one of those overly obnoxious people with an iPhone. I don’t talk on it that much, I don’t halt dinner conversations to see who is around me on Scruff or Growlr at any given moment. I usually check into Foursquare and then enjoy the company of the people I am with instead of opting to go into the virtual world. If I deviate from this course of action, I am politely reminded by my loving husbear of my behaviour and I quickly stop. I don’t flinch or anything.

I currently have the beta version of the next version of iOS on my iPhone. This has kept things a little more interesting than usual. The current beta is relatively stable; I occasionally have a glitch pop up that reminds me that I’m still on a beta version of the software but usually things work out just fine and I’m able to recover and carry on without having to carry on in some sort of rage. On Wednesday, however, something with one of my purchased apps made the phone go a little crazy and slow down to a crawl. Quitting all apps, restarting the iPhone and the like did not rectify the issue. Someone had written something bad somewhere on my phone and the only way to resolve the issue would be to do a factory reset. So I did.

Being on the beta, I was hoping that the magical iCloud would load my settings back into my phone from that magical place in the sky, but it failed. Hence, a beta. (Notes were taken and submitted). So instead of I went home and reloaded my iPhone the old fashioned way; connecting it to iTunes and waiting for it to resync from my last backup.

It was working, but it was going _very_ slowly. Two hours into the process and things showed signs of life but very little seemed to be happening. My poking and prodding didn’t seem to help matters, so I decided I should just leave things alone and go to bed for the night.

Normally my iPhone charges overnight in my alarm clock. There are a few reasons for this; first of all I can grab the phone easily if work or someone else calls with some sort of emergency. Secondly, I can set the alarm to play a happy tune off of my phone if I want it to, but I rarely do. Thirdly, the phone can charge and give me comfort by being close by.

At 5:00 a.m. on Thursday morning I woke up in a dead panic. The sheets were drenched in sweat, I think I was yelling out and I had been chewing on my pillow. I had just awaken from an awful nightmare. It went something like this.

I vividly remember telling some woman that she had no right to confiscate our stuff and further more, how dare she destroy my iPhone. I showed her the rental car receipt and she apologized for the error. Because it had been a mistake on behalf of the government, they would give me a brand new iPhone replacement.

In the dream haze she handed the new iPhone to me. It was an old-style flip phone with a retractable antenna and everything. On the back was an Apple sticker haphazardly applied to the device. She called it the iPhone flip. When opened, it had a regular flip phone keypad and a very small touch screen that used numbers just like on the old VIC-20s. Only four letters would fit on the screen. They spelled FUCK in two rows. I yelled at the woman and that is when I must have yelled out in reality because I jerked awake.

Not to be deterred, I raced down to the basement to where my iPhone was plugged into my iMac. The complete restore had performed flawlessly and everything was once again right with the universe.

I think I am officially an Apple fan boy.