So we are on our third day here in Denver, Colorado. I haven’t blogged as much as planned for a couple of reasons; the first being that my iPad is not contributing as well to my computing experience whilst traveling as I thought it would and secondly, we’ve been too busy having fun.

As mentioned in the previous blog post, we arrived to DEN airport approximately five hours late on Friday night. This modified our plans a little bit and we ended up just going to Denny’s for a very late supper before calling it a night.

On Saturday and Sunday we went to the CGRA’s Rocky Mountain Regional Rodeo at the Jefferson County Fairgrounds. This was Earl and my first time going to any rodeo let alone a gay rodeo and I have to say that I thoroughly enjoyed the experience. Yet another facet of the gay community to enjoy. There was definitely a sense of community and the spectators were a mix of gay men, lesbians and straight families of all ages. It felt quite homey and it’s been too long since I’ve enjoyed the smells of a farm.

I was quite impressed with barrel racing and wild drag racing. One of the drag queens for the wild drag racing was in a full wedding dress as she tried to ride a steer for a couple seconds to get over a line. An impressive feat.

Saturday night we went to Downtown Denver for some dinner. The downtown area has a sixteen block walking mall type arrangement with all sorts of places to choose from. The rain let loose while we were finishing up the meal.

Speaking of which, the afternoon storms each day have been quite impressive. I snapped this photo on Sunday at the rodeo when a storm was moving in: 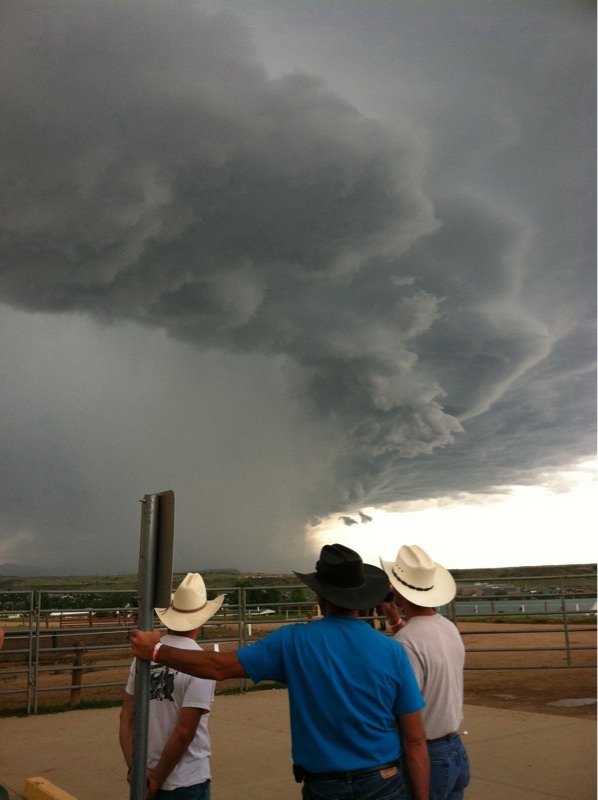 Last night after the rodeo we decided to stay in and enjoy some television and Domino’s pizza in one of the two rooms that we are staying in. The down time was something that we normally don’t do during vacation and the change of pace was good.

Today we ventured up into Rocky Mountain National Park. Earl and I had been here back in 2001, just a few months before I started this blog thing. That visit was earlier in the season and the Ridge Trail Road was closed just above 10,000 feet. Since it’s July, the entire road was opened to the public so we ventured all the way to the top.

We parked at 12,080 feet and then Scott and I hiked up to the official top of the trail at 12,300. Earl and Jamie stayed back and tried to keep warm since it was in the low 40s up there.

Here’s some photos from that: 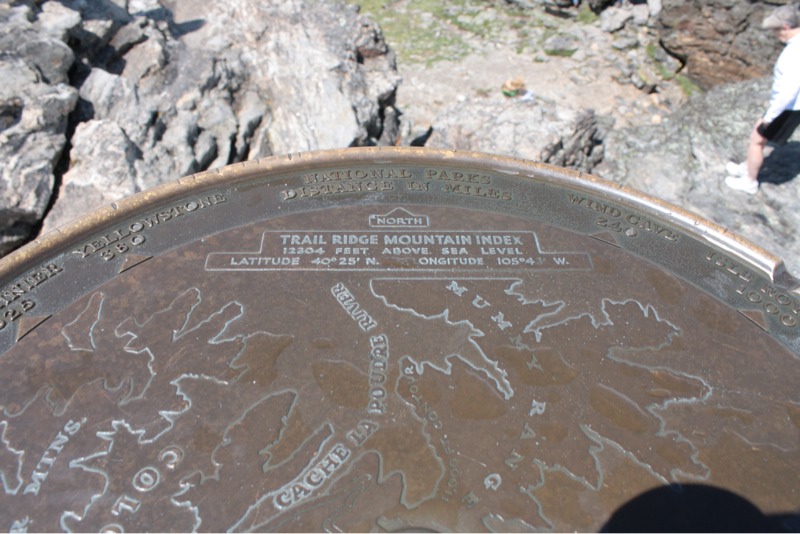 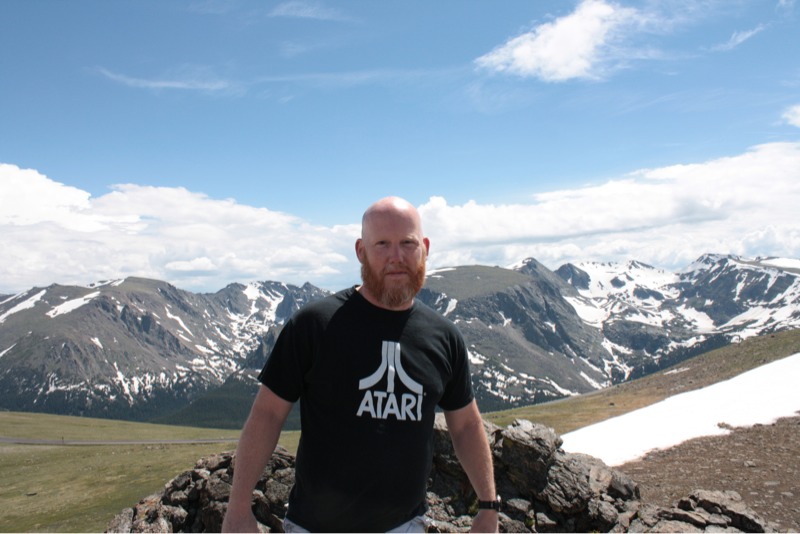 In the photo above, I was standing on this: 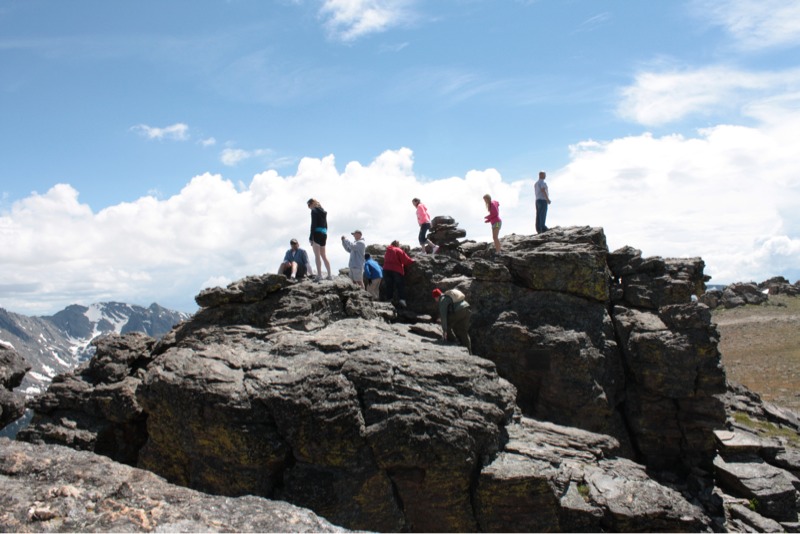 To give you an idea of how high that was above the trail, here’s looking down from up there: 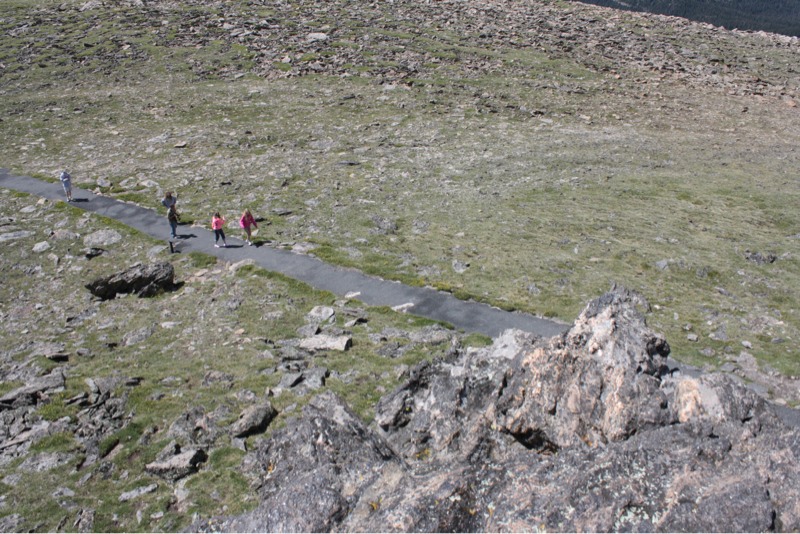 A little way up the rock climb I came across an older woman who sitting and relaxing with a big smile on her face. She asked if I was from Missouri. I told her that I was from Upstate New York, near Syracuse. She lit up and said that she loves that area of New York and visits there quite a bit and that she has family in Canton (which is up in the North Country). I love it when the world feels small.

I had left Scott behind on the path as he was feeling short of breath, I was happy to see that he decided to make the trek up: 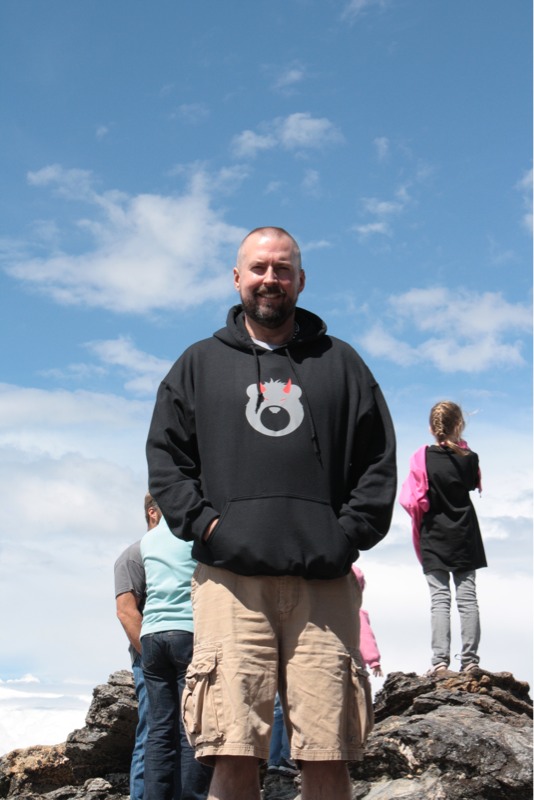 We grabbed a snowball for Earl and Jamie and brought it back down to them at 12,080 feet. They were keeping warm in the rental SUV.

It was then decided that we all needed something to eat so we stopped at the nearby visitor’s center, had some grub and did some shopping before making the trek to our hotel outside of Denver. On the way down we spotted some residents. 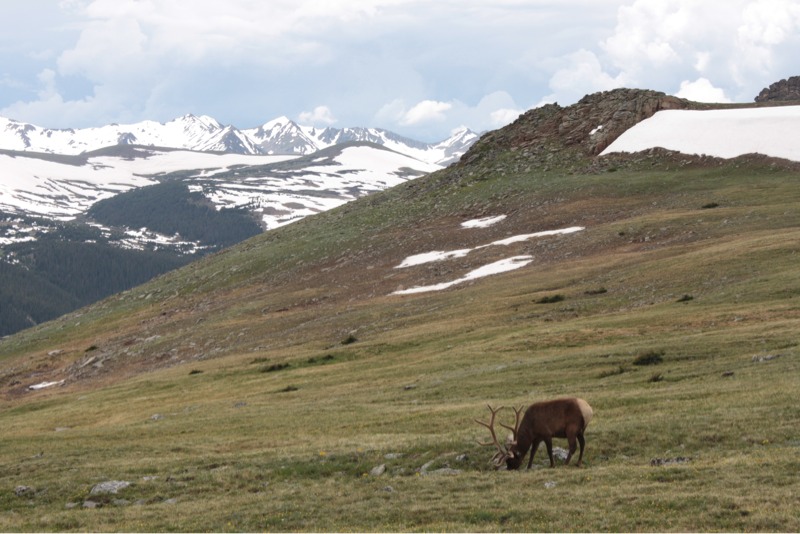 Earl took many of the animal photos as I was the designated driver for this jaunt, but he did take a moment to pose for a few photos too… 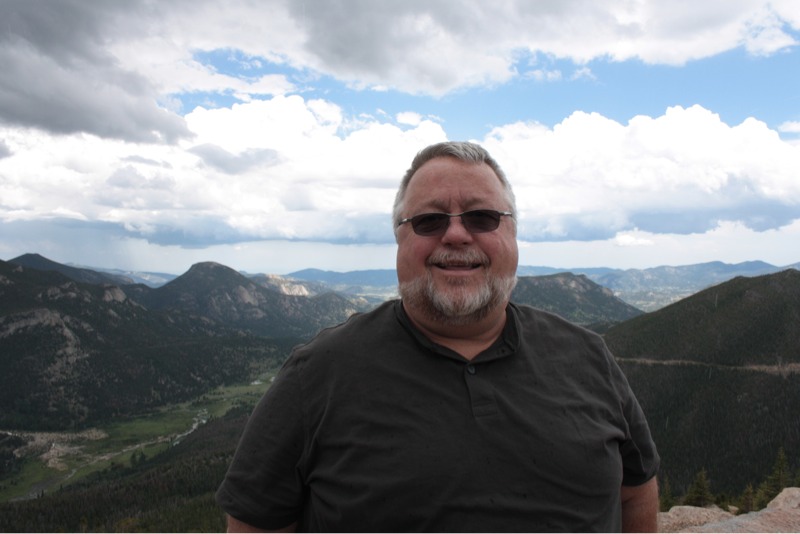 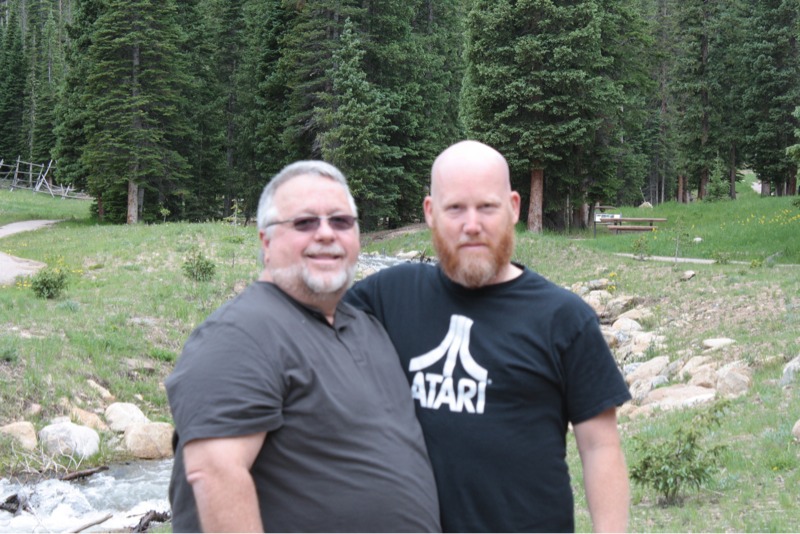 By the way, a couple of people at the visitor’s center noticed my Atari shirt. A father (my age or so) asked his son if he knew what an Atari was and the son had no clue. He had been raised on Playstation. The kid probably doesn’t know the breathtaking challenges of Super Breakout or Centipede.

On the way down the mountain we had the opportunity to drive up and down through the clouds, through some rain and even through a few heavy raindrops that were trying to act as snowflakes. Kind of cool.

All in all a good start to the week, especially when Chipotle punctuated the day as our dinner selection.