I am a rabid fan of “Jump The Shark”. I occasionally amuse myself by reading through the American Idol entries. Here’s a particular entry that caught my fancy.

Wow. About halfway through this, the fourth, season you could literally feel all the air coming out of this show. There’s a UPI wire story in the papers today about how the ratings are dropping. Is anyone surprised? This show has become televised torture by tedium. The mildly talented contestants are about as exciting as warm milk; Randy can’t stop using the word “pitchy”; drugged-out Paula is as fatuous, inarticulate, and hideously dressed as ever; and Simon looks like he’d rather be having his teeth drilled. So would I. I’ve been to children’s funerals that were more entertaining than this show. What happened to the guest musicians? At least that was somewhat interesting. Now we’ve got the Sesame Street approach to programming: Songs from the ’60s, Songs from the ’70s; Songs from the ’80s; Songs from the ’90s… Who would have imagined that the show’s writers could count? What’s next? “Tonight, Live on American Idol, Songs with the Letter H in them!!!!”

I couldn’t have said it better myself! Someone out there thinks like I do. Scary! Now don’t miss the results show tonight!

I have this reoccurring problem. I have this tendency to mix up my words. It’s not like a tourette thing, where I’m screaming out “asshole asshole” in the middle of McDonalds or anything, though I occasionally would like to be able to do that and get away with it. No, I tend to mix up my words in that I say a word that sounds similar or is somehow related to the word I intend to say or speak. Or in many cases type.

For example, when I worked at the radio station, we would occasionally run across the street to pick up a soda at a store called Kinney’s. I remember saying “I’m going to Thruway’s to pick up a soda”. Now Kinney’s is nowhere near the Thruway. But because they both end in “Y”, my brain said, “Eh, close enough, say ‘Thruway'”.

I must have a lazy brain or something.

Actually, the Kinney’s-Thruway’s thing is an abnormality, because I usually say a different word that begins with the same letter as the intended word. “I’m going for boat, bite, bike, bike, I’m going for a bike ride.” That’s how I usually talk. And I’ve never really admitted this before but that’s one of the reasons I got out of radio, because I couldn’t speak a coherent sentence on the air without stuttering and stammering.

Once in a while, I’ll say a word that is somehow related to the intended word. For example, a week or so ago, I mentioned in my blog that my co-workers find it odd that I grocery shop at noon. What I actually intended to type was “midnight”. But I typed noon while thinking midnight and read it as midnight when I proofread my blog entry. So then anyone who happened to stumble across my entry that day thought we were all weird because they thought I was weird because I grocery shopped at noon. Lots of people grocery shop at noon. I really meant midnight.

Perhaps I allow my mind to wander so often and so much that its completely pre-occupied with whatever I’m scheming and doesn’t have time for the real world.

So if you run into me in the real world and strike up a conversation, don’t be surprised if I say “Hi Then!” instead of “Hi there!”.

Well I’ll be darned. Yesterday I wrote about the trouble I was having with Microsoft Office OneNote and wouldn’t you know that not one, but *two* people from Microsoft dropped me an e-mail to find out the specifics I was having with the software. So I responded and let them know what was going on. I haven’t received a reply yet, but I find this surprising on two accounts.

I have mentioned before that I’m very excited about the new “Bewitched” movie coming out on June 24. Here’s a couple of pictures from the movie. 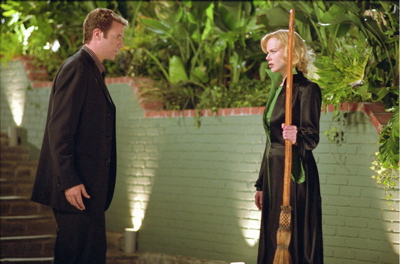 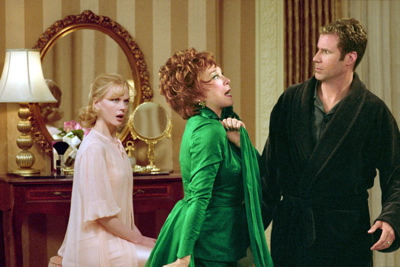 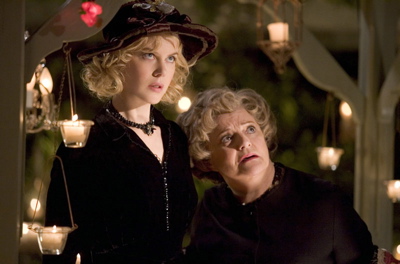 I can’t help but notice that Shirley MacLaine makes a fabulous Endora and Carole Shelley is a convincing looking Aunt Clara.

This is going to be fun! Tinka-tinka-tee!