Everyone tries to get in shape at this time of the year. I do the same thing, though this week has been a little tricky with the need for exercise combatting the need to sleep and need to stress eat. Stress eating is fun! Are McRibs still around?

I’ve been avoiding the building elevator and walking the stairs instead. I don’t know if this helps a great deal but it makes me feel like I’m going to pass out after I walk up to our condo. I often hear about “runner’s highs” and “hitting the wall” but I just skip over that part and tinker on unconsciousness instead.

I don’t know if I’m burning many more calories this way but I feel like my already strong legs could probably push a Volkswagen or Karmann Ghia across a parking lot. 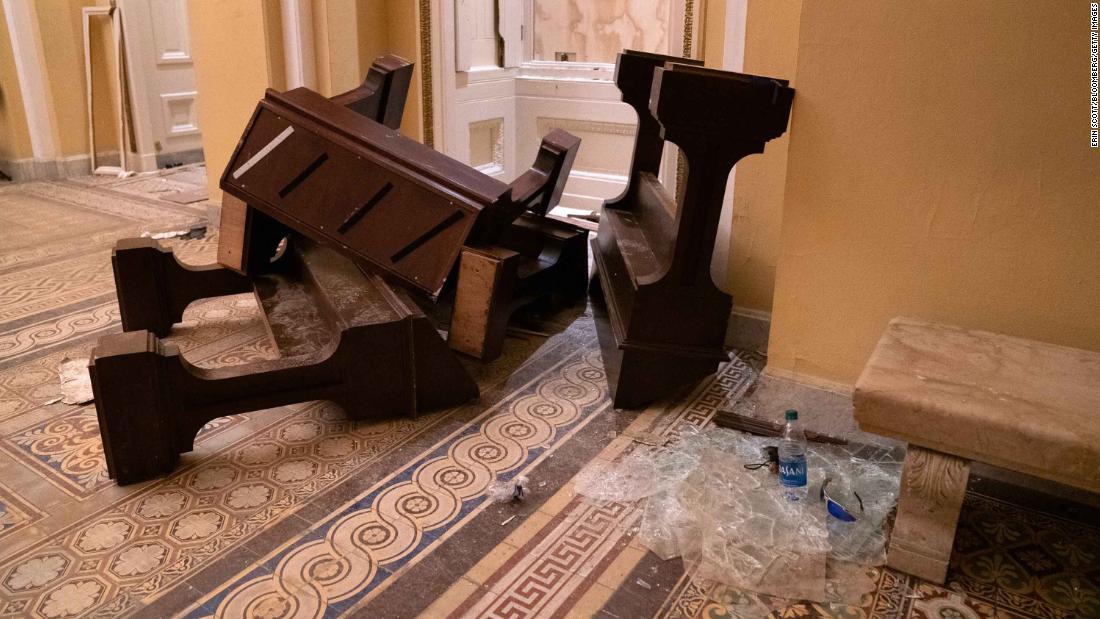 So last night, after watching hours of news coverage of the insurrection going on at the Capitol Building and then watching the Senate and House proceedings on certifying the vote, I wrote a quick blog entry that was vague. I talked about failure, and shock, and success.

I am very angry.

My mind has been blown since Trump took office four years ago. My mind was actually blown long before he won the Republican Primary. Anyone with any sense or moral foundation knew that a Trump Presidential Administration was going to be an absolute disaster. Yesterday was just the icing on the a feces laden cake we’ve been forced to deal with since this idiot took office.

But thing that blows me away is how rabid his supporters have become. Members residing on my branch of the family tree are so whacked out in love with the guy, and this leaves me stupefied. Four years later, after seeing praise and piety and whatever other word that means “what the fuck” that begins with a “p” heaped onto this guy from the strongest “Christians” on the family tree has me baffled. I thought I was related to stable people. There are too many lunatics in my bloody relations.

However, I like to think that those few around me are not nearly as nuts as the complete and utter idiots that stormed the Capitol Building yesterday. There’s a video of some chick named Elizabeth talking about a revolution but crying because she got some mace in the eyes. I’m surprised the Capitol Police found the time to mace this woman. They didn’t seem very interested in protecting the place; there’s too many video clips and photos of police officers taking selfies with these criminals or opening gates to let them have access to the building. The entire Capitol Police Force needs to be stripped from the top all the way to the bottom. The chief resigned. It’s a start.

Folks are frustrated. I get that. But in no way was Donald Trump ever the answer to this problem. The man has been a television punch line for decades. The man has bankrupted casinos. And not only did millions of Americans find him worthy of the Oval Office in 2016, 70 million American still think he’s doing well enough to get another chance to burn the entire country down to the ground over the next four years.

What the fuck is wrong with you people? Are your lives so miserable that you want everyone else to suffer to make you feel better over your stupefied, miserable, unsuccessful lives?

I’ve been too quiet for too long about politics, especially here on my blog. Yes, I love talking about all aspects of life here, but for life to be pleasant we have to have a strong foundation. Am I thrilled about Joe Biden as President? Meh, I think he’ll do fine. I find Kamala a refreshing breath of Gen-X in a decidedly Baby Boomer game. The thing I’m most excited about is Georgia swinging blue in the Senate yesterday. This is going to be interesting. And ironically, we have Trump’s asshattery to thank for that. But more importantly, I feel like the country may have turned a corner. I think yesterday’s abomination and blight on our history may have pushed enough people in the right direction to get things swung back over towards something that resembles sanity.

And it’s 5:20 AM and I’m sitting in the living room, unable to sleep for the past 45 minutes or so. After watching the events of yesterday (wow, that was quite a week!), I’m still shaking my head wondering what the hell has happened to this country. I openly wept in bed the day after Election Day in 2016 because I knew Trump’s election as president was one of the most dangerous, reckless, and stupid acts the citizens of this country had ever committed. There is no good in that man. And yet, a little less than half of the population thought he did just fine with hundreds of Americans dead from a preventable pandemic, and the crushing of any sense of law and order or decorum or anything remotely resembling intelligence in Washington, D.C.

I have no idea if that last sentence made sense as I can barely see what I’m typing in the dark, but you get my drift.

My dreams have been populated with jumbled scenes mixed with historical context and augmented by memories from my childhood. My brain is yelling at me to “turn it off” but I can’t. At 52 years old I guess I still care too much about my fellow man. Just as I used to have nightmares about nuclear annihilation when I was a teenager in the 80s, my conscience is populated with the concern of what this nation has become.

For a long time I have refrained from going on about politics and talked about anything else. Silence is not the answer. Too many people are being silent on topics and subjects that need to be discussed. The problem is the last four years have been so utterly draining for anyone with any sense of decency for their fellow citizens, or anyone with an IQ higher than the speed limit, that I’ve completely run out of steam for debate.

Watching the attack on the Capitol Building yesterday ignited a fire in me again. As I watched the Senate proceedings after control of the building was regained, my eyes misted up as I saw American Democracy in action.

Our Democracy is not a reality game show, to be won by the strongest “team” nor is it scored like a football or basketball game. I know the cable news channels like to announce scores like Joe Biden just made a lay up or Trump just made fumbled the ball, but despite the hysterics of pundits and commentators and “Magic board” operators, poll results are just the results of math equations that have already been completed.

So what does this have to do with sleep? Say what you will about 2020, but at least I was able to get sleep then. In 2021 sleep seems to be a luxury that I currently can not afford. Even as lethargic as I feel right now from a lack of sleep, I still care about this success of this country, this “Greatest Experiment”.