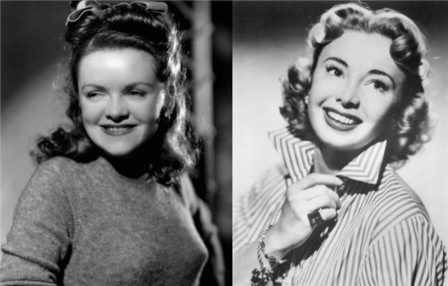 I didn’t really watch “The Honeymooners” until the mid 1980s. Back in the day it was shown in reruns on WPIX from New York at 11:30 PM, followed by the original “Star Trek”. After working second shift at a job, my boyfriend at the time and I would watch “The Honeymooners” and “Star Trek” before calling it a night. At the time, only the original 39 episodes were available; it would be a couple of years before Jackie Gleason found “The Lost Episodes” from kinescopes, it would be a little while after that where we could see the original sketches from Jackie Gleason’s Cavalcade of Stars.

While watching the original 39 episodes in perpetual rotation on WPIX, and having done so enough times to start knowing which episode was next and being able to recite lines, I mentioned to my boyfriend that Audrey Meadows wasn’t the original Alice. I don’t know how I knew this at the time; perhaps I had read it in a book or something. When asked who played the original Alice I barked out “Pert Kelton”. I didn’t really know who she was, I just knew the name and I knew she’d long been deceased at the time. You can’t help but bark her name when it’s nearly midnight, “Pert Kelton” just has a barky sound to it.

My boyfriend thought I was nuts (he never really got me anyway) and often scoffed off the useless knowledge in my head. A few months later from this revelation I went to the library and found a book that did indeed show Pert Kelton as the original Alice in “The Honeymooners” sketches on Jackie’s variety show. She was out because of the blacklisting during the McCarthy era. Audrey Meadows had her photo taken after just getting out of bed, all a mess in a frumpy dress, and Jackie gave Audrey the part.

I’ve seen a few clips of Pert playing Alice in various places on Youtube. Many of the comments talk about the bad actress playing Alice and how she’s too old and has such a nasally voice. In reality, Jackie thought Audrey Meadows was too young for the part, but she made herself look older.

From time to time I’ll watch interviews from the classier actors and actresses from a bygone era on Youtube, usually courtesy of the Foundation Interviews at the Emmy TV Legends website. An interview with Jayne Meadows talking about her sister Audrey and the role of Alice Kramden came up on my suggestion feed today, and Jayne tells how Audrey got the part of Alice and the comparison to Pert.

Imagine how much information I’d have rattling around in my head today if I had access to the Internet in the mid 1980s!