Truman strikes a post at nap time. Notice the side-eye toward the human that was taking his photo. 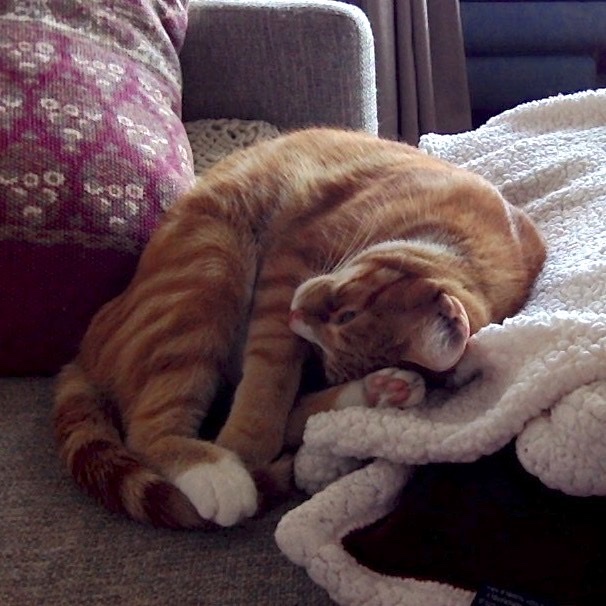 Actually, I’m concerned that Truman is bored living with us here in the Condo of Happiness. He has plenty of treats, scratching furniture, water, cleaning litter, and toys scattered about, but he occasionally races around and makes non-Earthly like noises sounding like he’s being strangled, and then he high tails it across any non-floor surface before running up the curtains.

He wasn’t fixed until a few days before we adopted him, so I sometimes wonder if he has some left over juice here six months later. Maybe he’s just super feisty.

Or else he’s bored.