I’ve rediscovered my bliss: sitting on the balcony, a nice summer breeze filling the air, and a good book to enjoy.

This is how we grow.

One of the perks of working from home is that I have the opportunity to take a few moments to relax when I need a time out during the work day. I spent a few moments relaxing on the bed after lunch today and Truman hopped up to sit next to me.

It’s hard to believe that he’s lived with us for over six months. He has his routine and while it was disturbed a bit during our recent time away, he seems unfazed by the whole thing and is indicating expectation for his schedule. He’s not much of a cuddler as he prefers to sit nearby rather than on me or snuggled up with me, which is fine. I just needed to learn the ground rules early on.

As I relaxed on the bed with him alongside, he situated himself so he could see out the window and observe the goings-on on the rooftop patio next door. We had the windows wide open, as it was a glorious day in The Windy City today, and every time a train passed on the Brown Line, I noticed his little notice would go into action sniffing the air passing through the open windows. I don’t know what he was smelling, but his nose would jump around a little bit, almost as if he was using smell to read a newspaper. Come to think of it, that may be a way that felines communicate. Perhaps they rely on smell as much as we rely on sight.

When I was a teenager we had an orange and white cat named Waldo (named after the cartoon “Waldo Kitty”). One day he was laying next to me on my bed and I noticed that if I looked at him with one eye he had a more orange hue to his fur than if I looked at him with the other eye. It was like a green tint was removed and/or inserted to his fur color, depending on the eye I was using to look at him.

Forty years later and I was playing the same game with similarly-colored Truman this afternoon. As his nose wiggled, I switched back and forth between my left and right eye, the green tint in his fur coming and going depending on which eye was in use.

Closing and opening each eye individually caught Truman’s attention, and he turned away from the window for a moment to see what I was doing. I smiled and gave him some nice pets.

Relaxing on the bed is a good way to boost the energy in the midday.

So one of the quandaries we had while preparing for our recent vacation was how we would handle cat care while we were gone. There’s a number of boarding locations in the neighborhood but with Truman living with us for less than a year, I didn’t want to traumatize him by thinking he was going back to the pound. We didn’t want to leave him alone for five days (even though he has an automatic feeder and watering station). Jamie and Chris were scheduled to be out of town the same weekend, so enter Rover.com.

Earl discovered rover.com and arranged for us to meet Alex, who would stop by on a schedule we determined, to spend 30 minutes making sure Truman was fed, watered, and scooped, as well as spending some quality play time with him.

All of the communication took place through the Rover.com app, and Alex took a picture of Truman at every visit. When we got home last night, Truman was a little thrown by the schedule in general, but with Alex’s twice a day visits, he wasn’t completely bonkers, so we’re pretty sure this arrangement worked out well.

Overall we’re very pleased with Alex and the ease of coordinating this effort through Rover.com and will continue to use this service for our future vacation needs.

This vacation has been all about doing nothing. We didn’t do any tours, we didn’t climb a mountain, we didn’t engage in typical sightseeing activities. We relaxed. By the pool. In the still. In the calm.

This is exactly the break my brain needed. After the first day my mind flooded with ideas: vacation, aviation plans, betterment at work. More music in the air. Less worry about using the latest and greatest app. Focus on using the tools I have, both for work and for flying.

I am writing this from a United flight upon a Boeing 777-222, experiencing United Polaris first class amenities for the first time. We are on our initial descent into O’Hare.

It’s been a fantastic vacation. But it’s great to be home as well.

*I’ll be writing more about vacation over the next week or so. I have many blog entries bouncing around in my head. 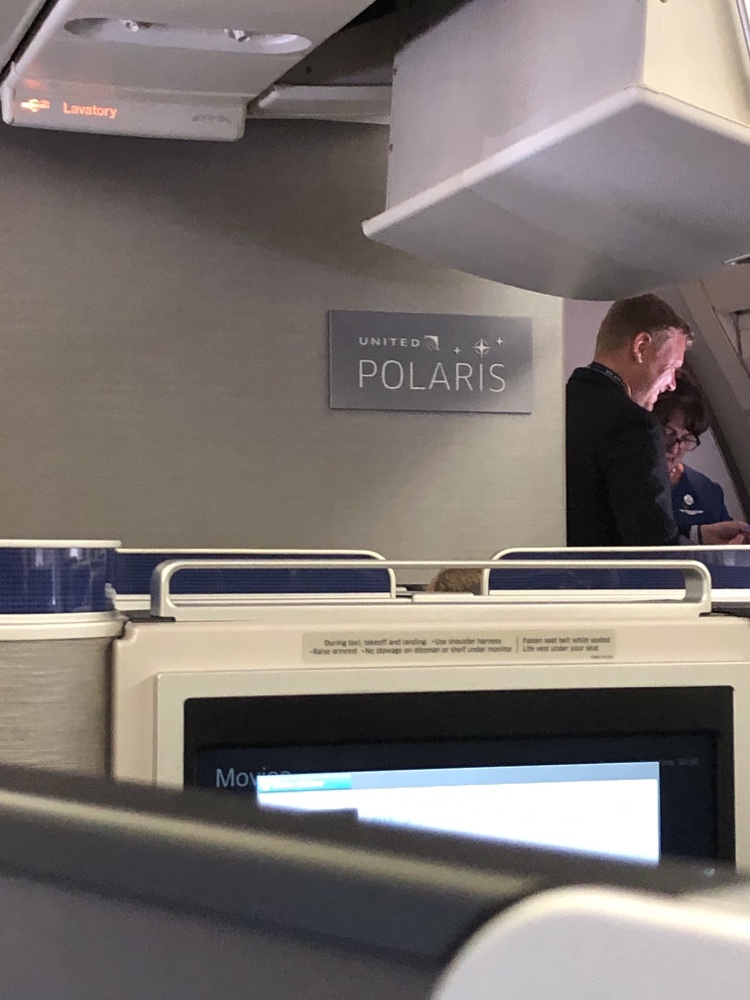 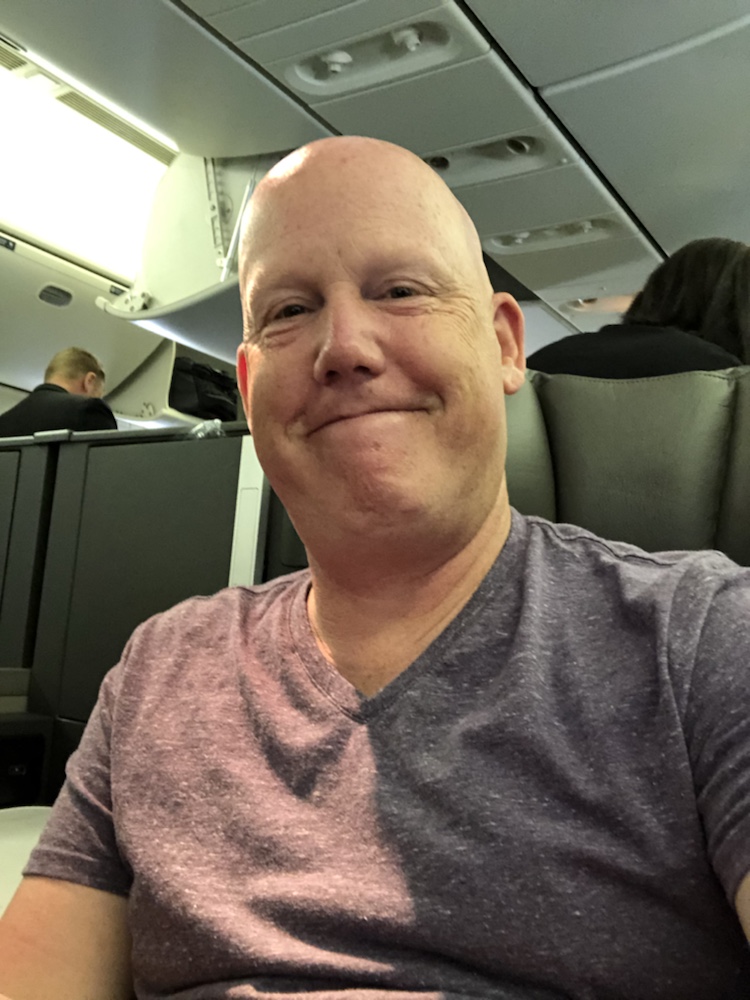 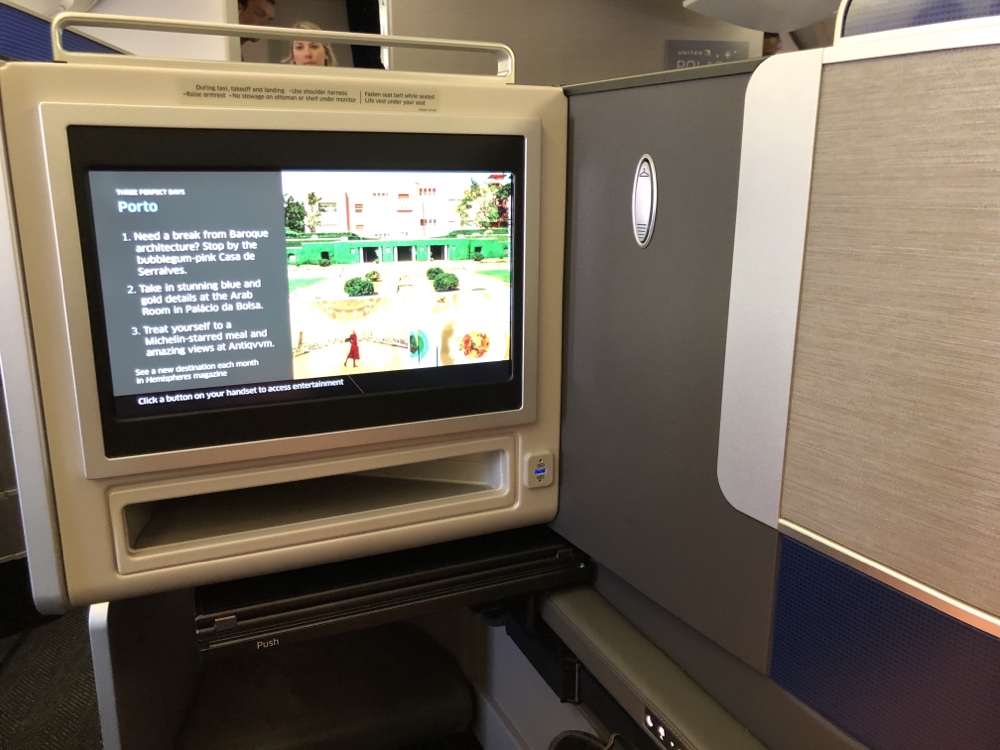 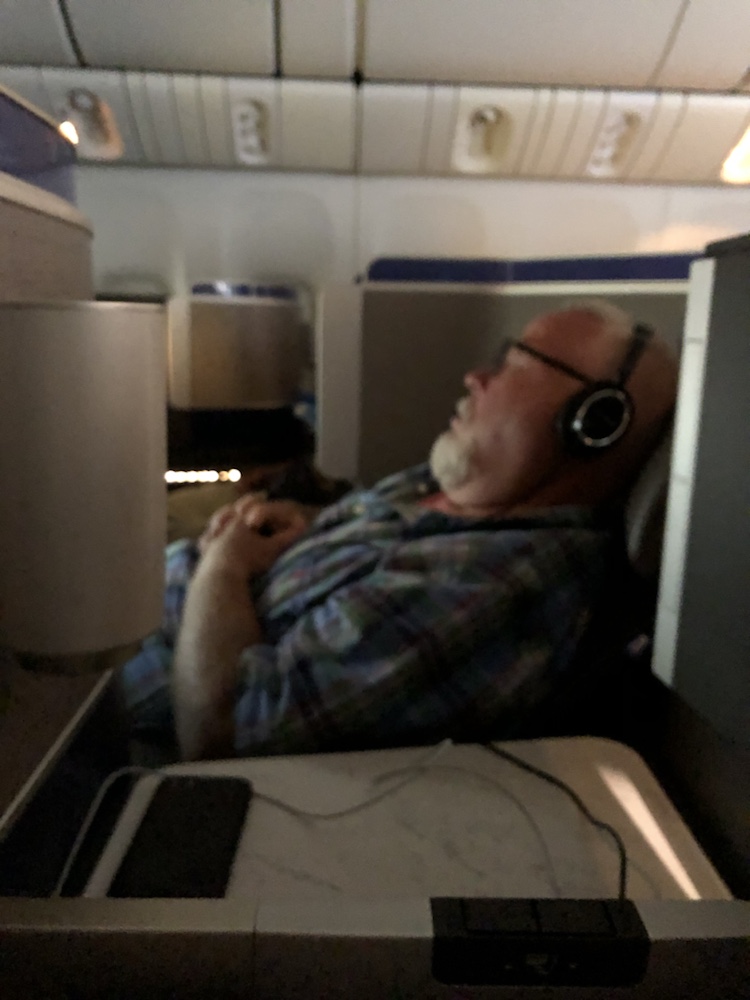 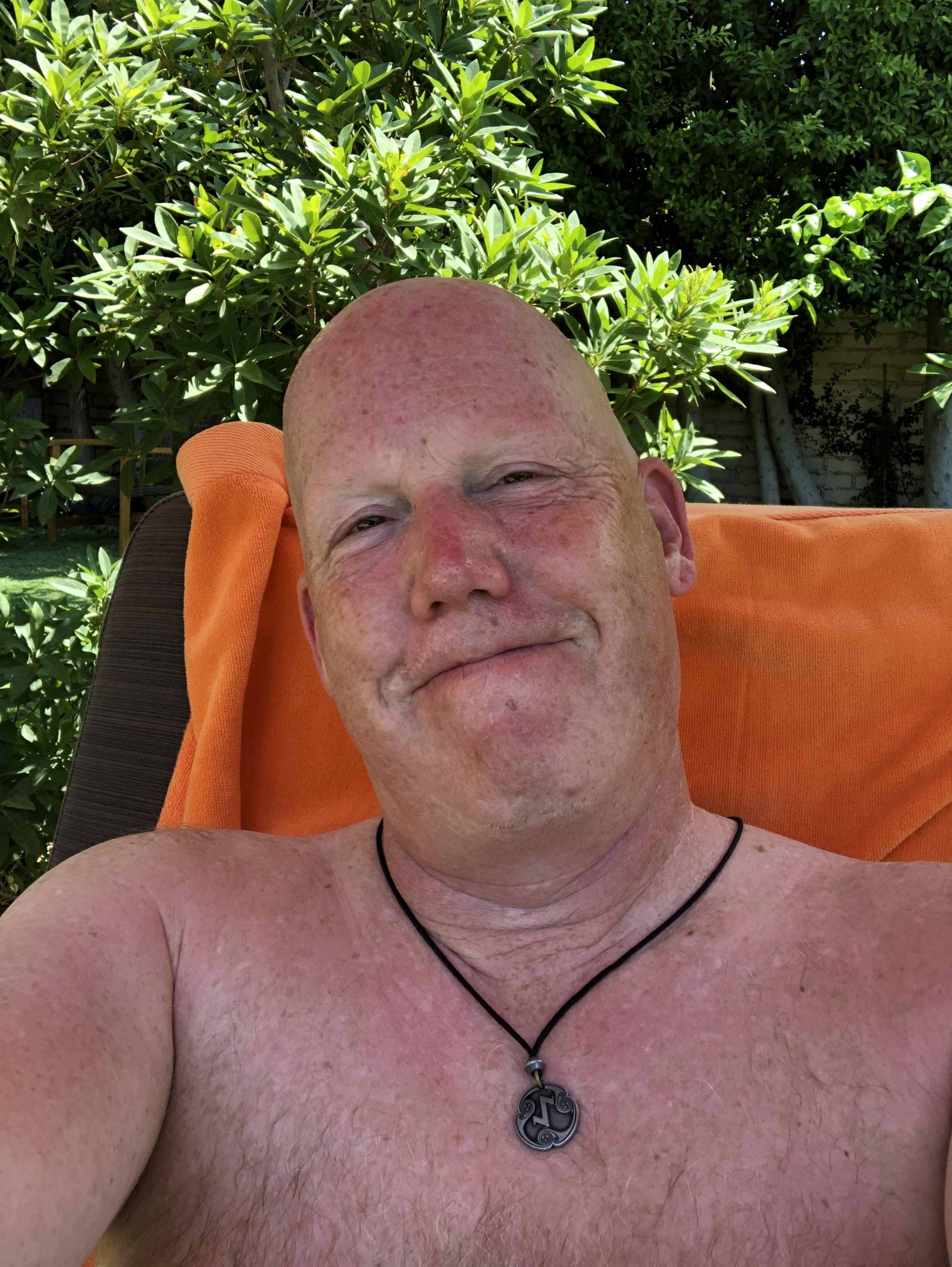 Back when I was in radio, there was a song called “Everybody’s Free (To Wear Sunscreen)”. I tried to wear sunscreen my entire adult life, as I had too many sunburn incidents when I was a kid. The thing is, I don’t like the feeling of sunscreen on my skin. But we’ve found a lotion by Nutrigena that fits the bill.

Even with all this sunscreen slathered on my body, I’ve managed to get some sun today. I’ll have to really slather it on tomorrow. 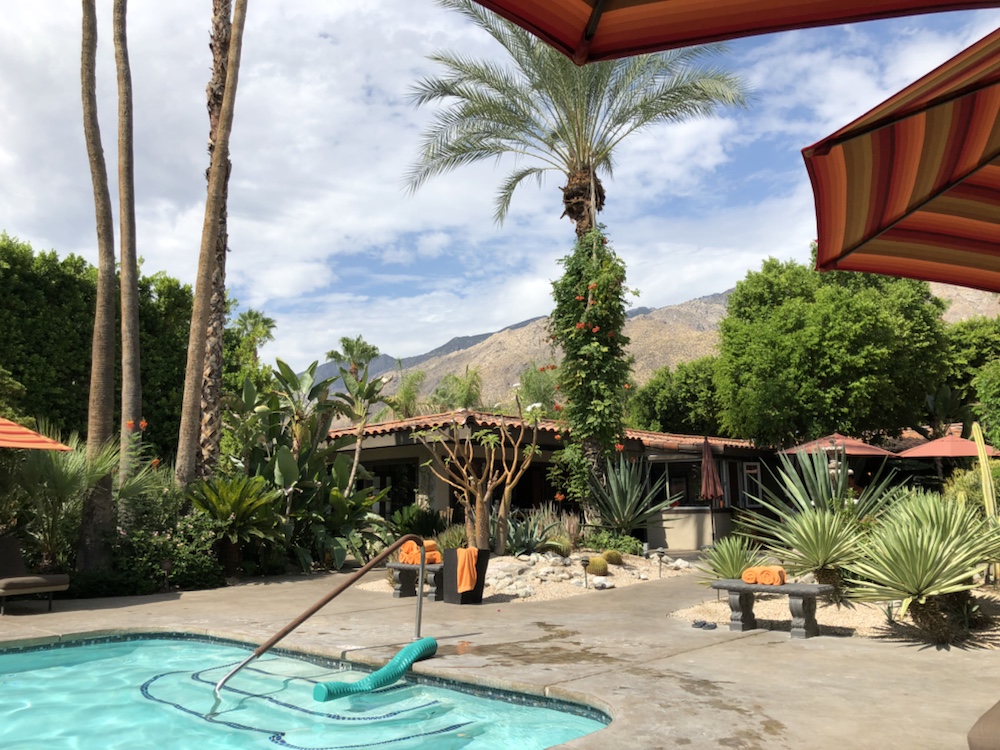 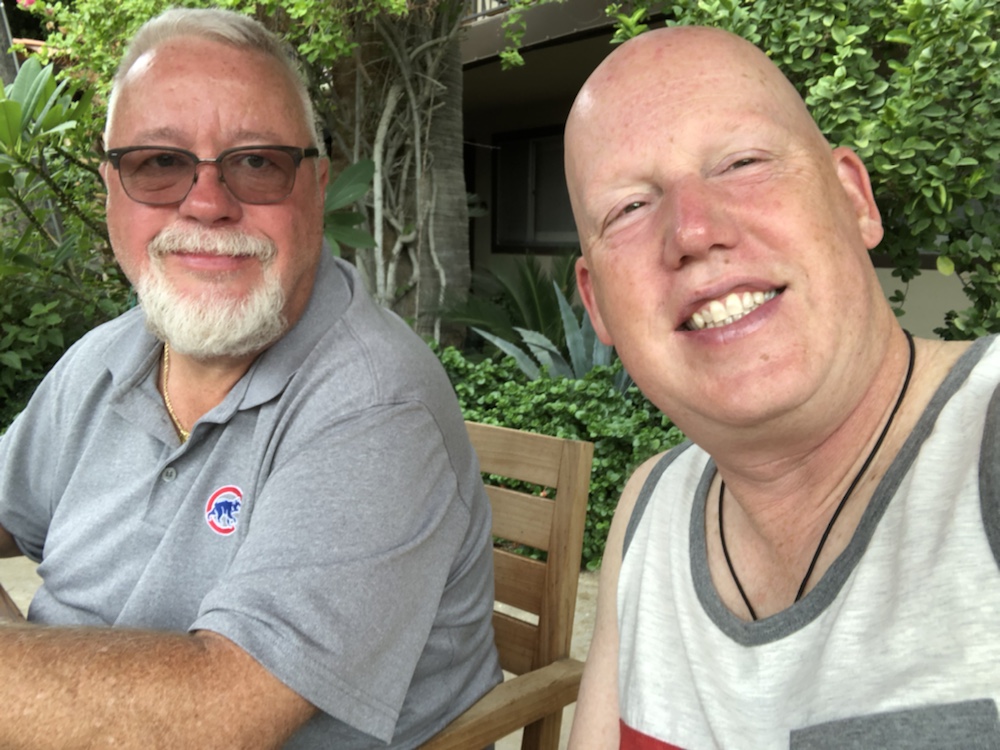 We work a lot for moments like this. One can not take money with them when they’ve come to the end of the road. Experience all you can, both work and pleasure. When your time comes, be exhausted, out of breath, and when asked what you did with this life, answer honestly, “I did everything I could with what I was given”.

Yesterday we flew aboard a Skywest (United Express) CRJ-200 out of Denver. It was my first time flying in a westerly direction out of KDEN. The views are spectacular. 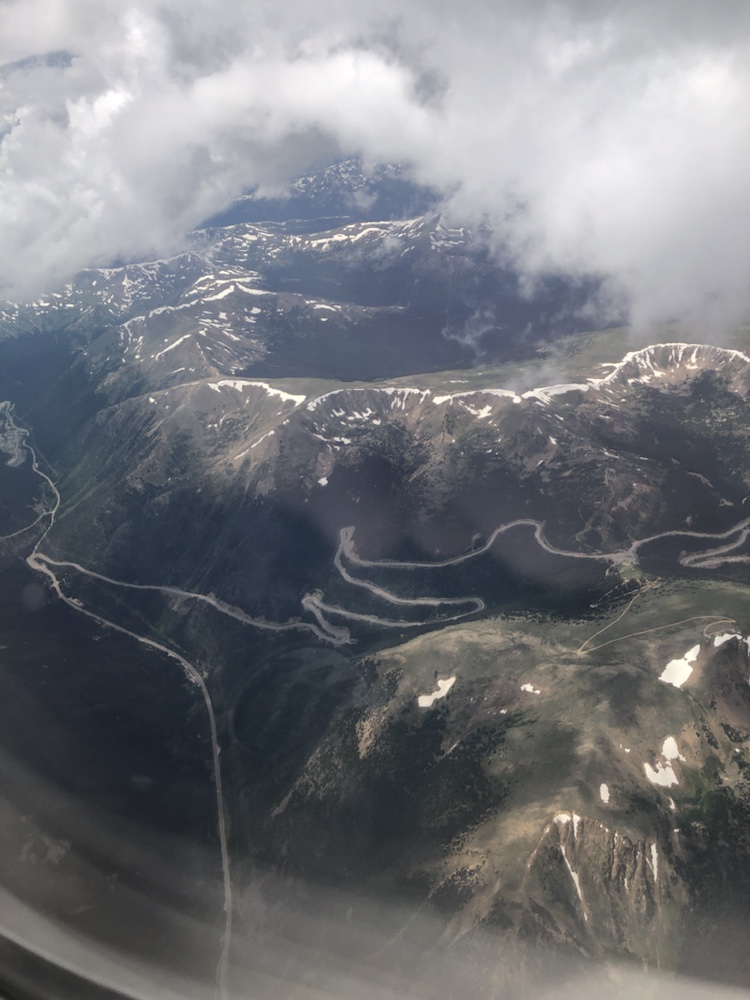 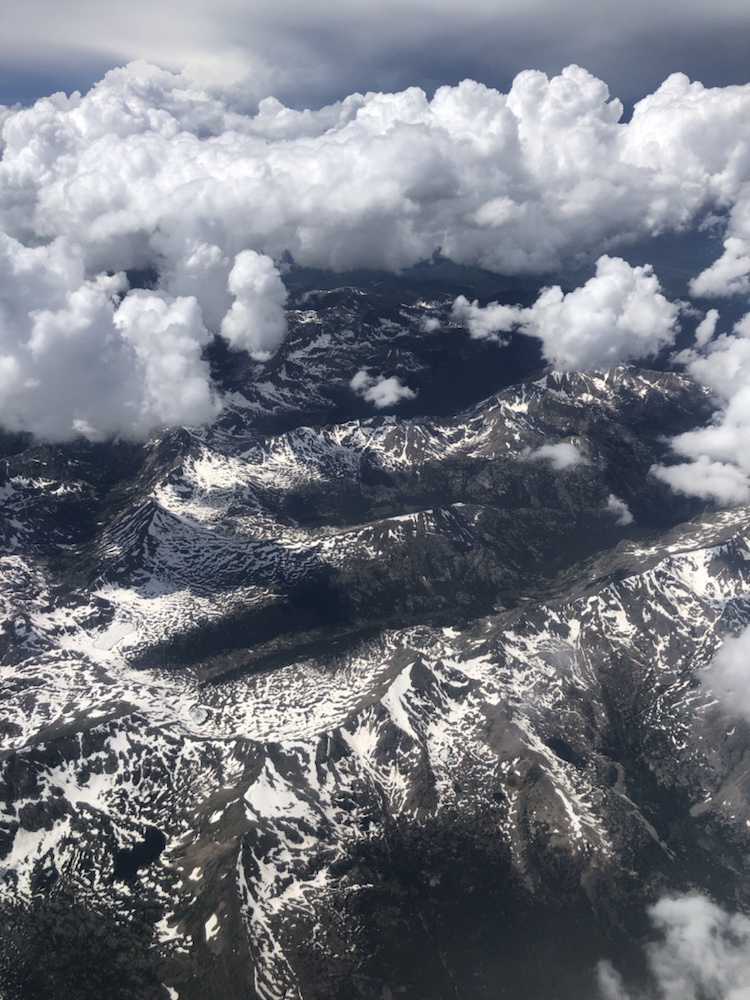 While I’ve had some “mountain” flight lessons in a Cessna 172, the mountains were actually the Appalachians between Greenville SC and Asheville NC. We learned all about flying in the mountains during my initial flight training, but I have yet to take a single engine flight over the Rockies.

I’m looking forward to crossing that off the bucket list someday.

Earl and I are on a 5-day getaway, currently aboard a United flight from O’Hare to Denver. This getaway is a focus on relaxation for the two of us, and I’ve been looking forward to this trip for a long while. Denver is not out final destination today.

There are many things I love about calling Chicago home, and one of them is the fact we live so close to a major airport. Not only can I watch flights on approach into O’Hare on a daily basis (something I love to do), but many of our flights out of the Windy City are a one hop experience (contrary to today’s flight). When we leave ORD I’m always excited to identify the landmarks I can easily identify as a private pilot. Here’s a photo fo KPWK, the home airport of one of the Flying Clubs I belong to and the airport where I’ve logged many departures and takeoffs in the Archer III.

I’m at one of the most happiest moments in my life, despite all the chaos going on in the world. Life is what you make it to be, always strive to make it the best it can be. 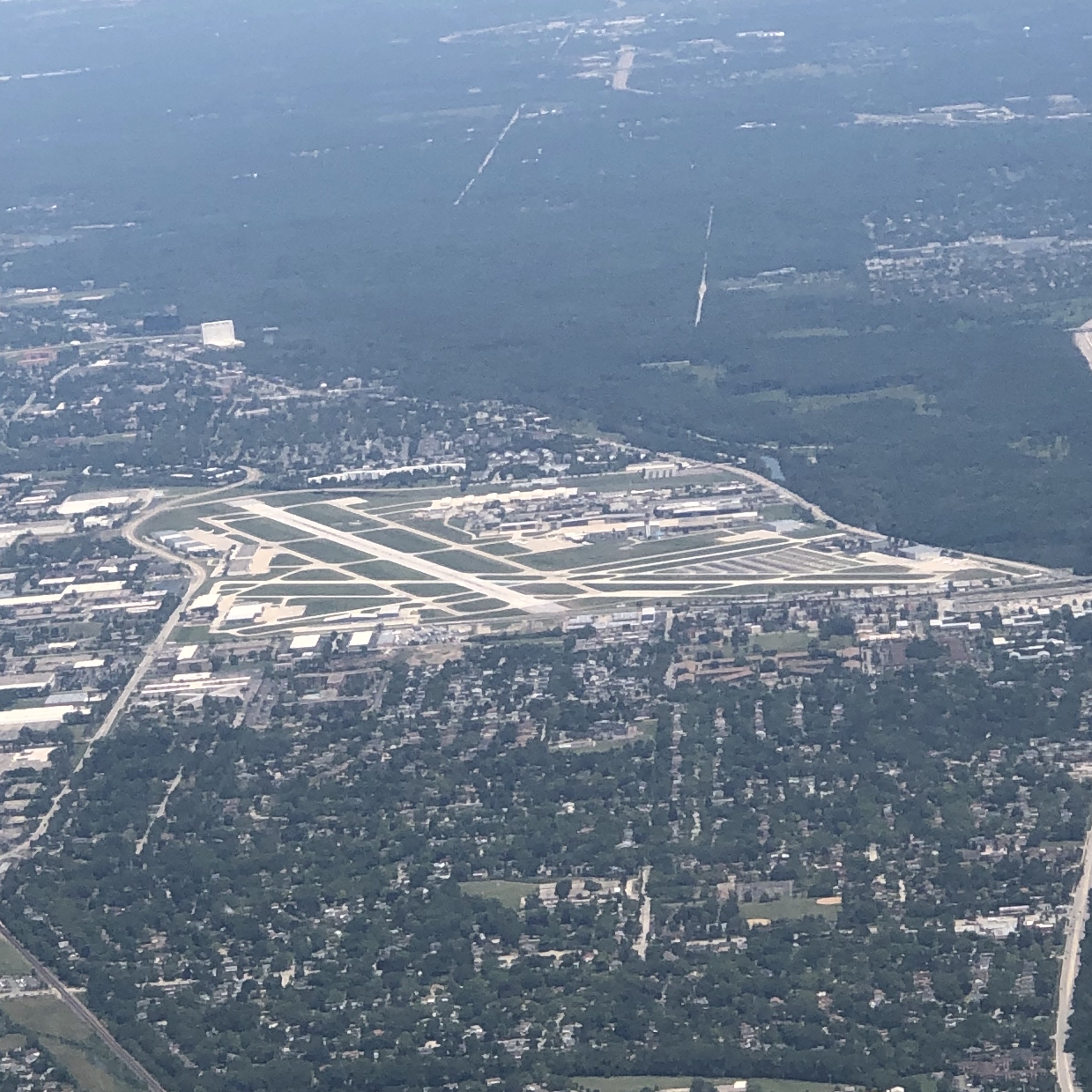 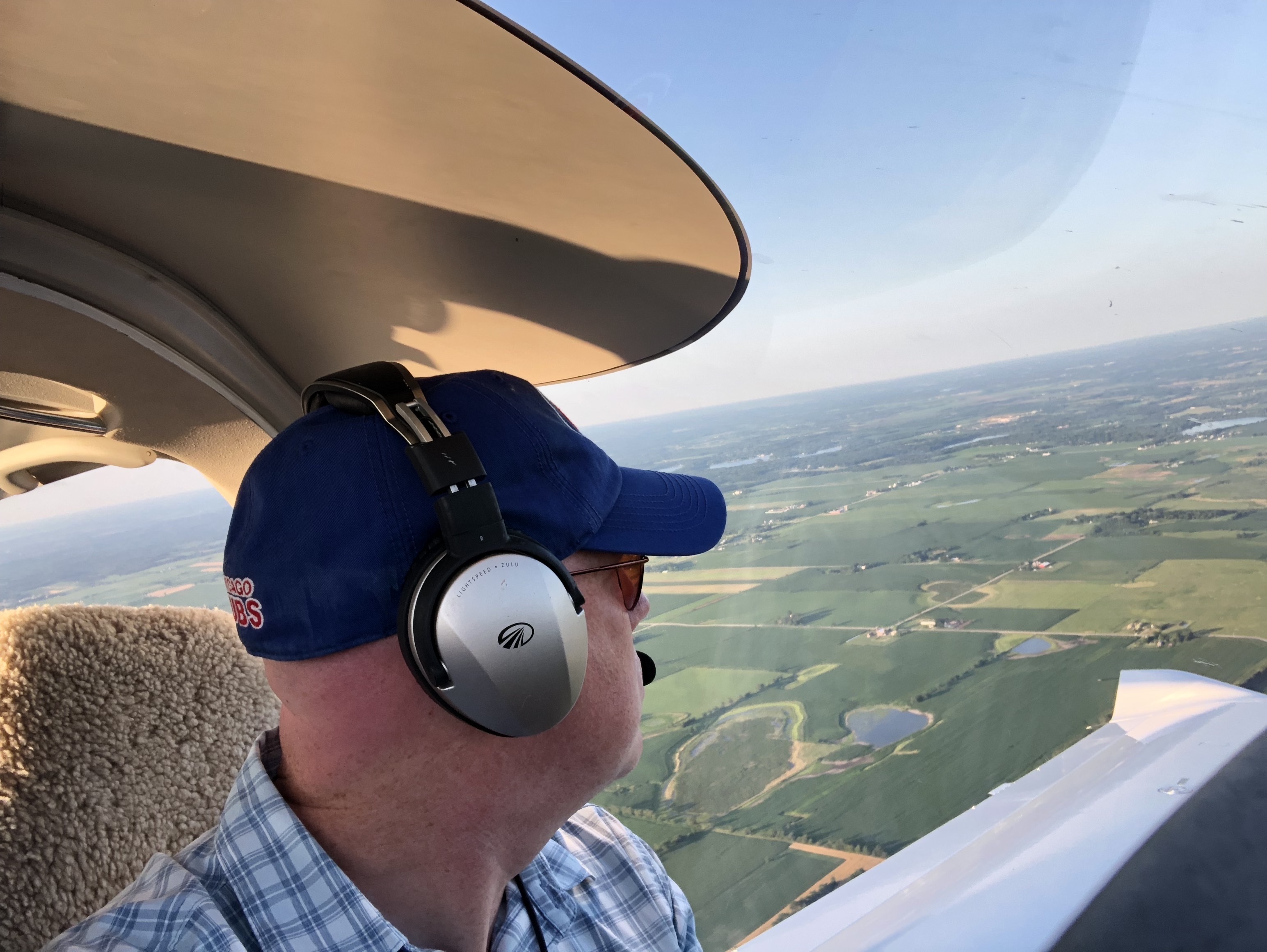 Spotted on Facebook, this is a very accurate assessment of Trump.

Someone asked “Why do some British people not like Donald Trump?”

Nate White, an articulate and witty writer from England, wrote this magnificent response:

“A few things spring to mind.

For instance, he has no class, no charm, no coolness, no credibility, no compassion, no wit, no warmth, no wisdom, no subtlety, no sensitivity, no self-awareness, no humility, no honour and no grace – all qualities, funnily enough, with which his predecessor Mr. Obama was generously blessed.

So for us, the stark contrast does rather throw Trump’s limitations into embarrassingly sharp relief.

Plus, we like a laugh. And while Trump may be laughable, he has never once said anything wry, witty or even faintly amusing – not once, ever.

I don’t say that rhetorically, I mean it quite literally: not once, not ever. And that fact is particularly disturbing to the British sensibility – for us, to lack humour is almost inhuman.

But with Trump, it’s a fact. He doesn’t even seem to understand what a joke is – his idea of a joke is a crass comment, an illiterate insult, a casual act of cruelty.

Trump is a troll. And like all trolls, he is never funny and he never laughs; he only crows or jeers.

And scarily, he doesn’t just talk in crude, witless insults – he actually thinks in them. His mind is a simple bot-like algorithm of petty prejudices and knee-jerk nastiness.

There is never any under-layer of irony, complexity, nuance or depth. It’s all surface.

Well, we don’t. We see it as having no inner world, no soul.

And in Britain we traditionally side with David, not Goliath. All our heroes are plucky underdogs: Robin Hood, Dick Whittington, Oliver Twist.

Trump is neither plucky, nor an underdog. He is the exact opposite of that.

He’s not even a spoiled rich-boy, or a greedy fat-cat.

He’s more a fat white slug. A Jabba the Hutt of privilege.

And worse, he is that most unforgivable of all things to the British: a bully.

That is, except when he is among bullies; then he suddenly transforms into a snivelling sidekick instead.

There are unspoken rules to this stuff – the Queensberry rules of basic decency – and he breaks them all. He punches downwards – which a gentleman should, would, could never do – and every blow he aims is below the belt. He particularly likes to kick the vulnerable or voiceless – and he kicks them when they are down.

So the fact that a significant minority – perhaps a third – of Americans look at what he does, listen to what he says, and then think ‘Yeah, he seems like my kind of guy’ is a matter of some confusion and no little distress to British people, given that:

* Americans are supposed to be nicer than us, and mostly are.

* You don’t need a particularly keen eye for detail to spot a few flaws in the man.

This last point is what especially confuses and dismays British people, and many other people too; his faults seem pretty bloody hard to miss.

After all, it’s impossible to read a single tweet, or hear him speak a sentence or two, without staring deep into the abyss. He turns being artless into an art form; he is a Picasso of pettiness; a Shakespeare of shit. His faults are fractal: even his flaws have flaws, and so on ad infinitum.

God knows there have always been stupid people in the world, and plenty of nasty people too. But rarely has stupidity been so nasty, or nastiness so stupid.

In fact, if Frankenstein decided to make a monster assembled entirely from human flaws – he would make a Trump.

And a remorseful Doctor Frankenstein would clutch out big clumpfuls of hair and scream in anguish:

If being a twat was a TV show, Trump would be the boxed set.”