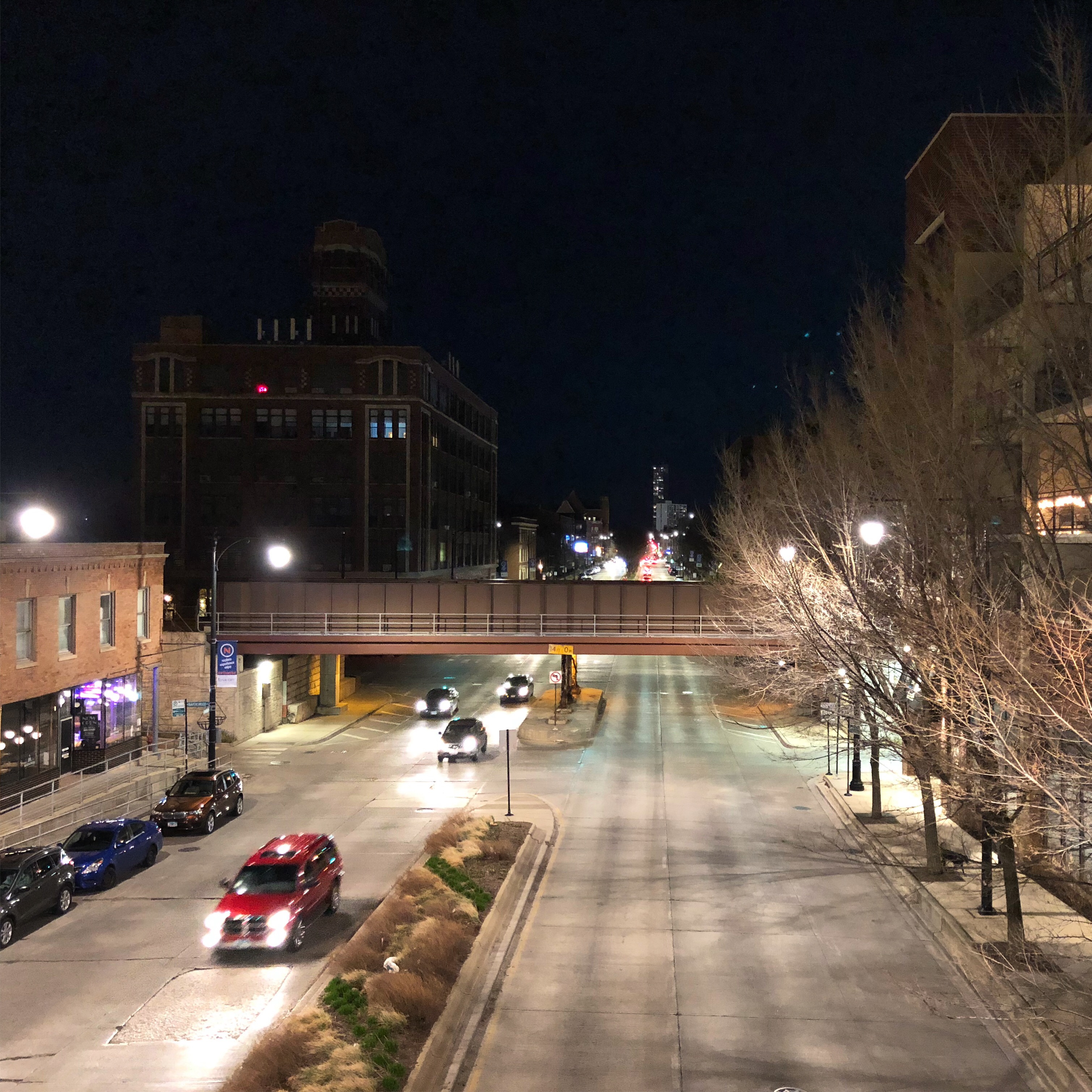 I find living in the third largest city of the United States to be inspiring. I love taking little snapshots of where we are. 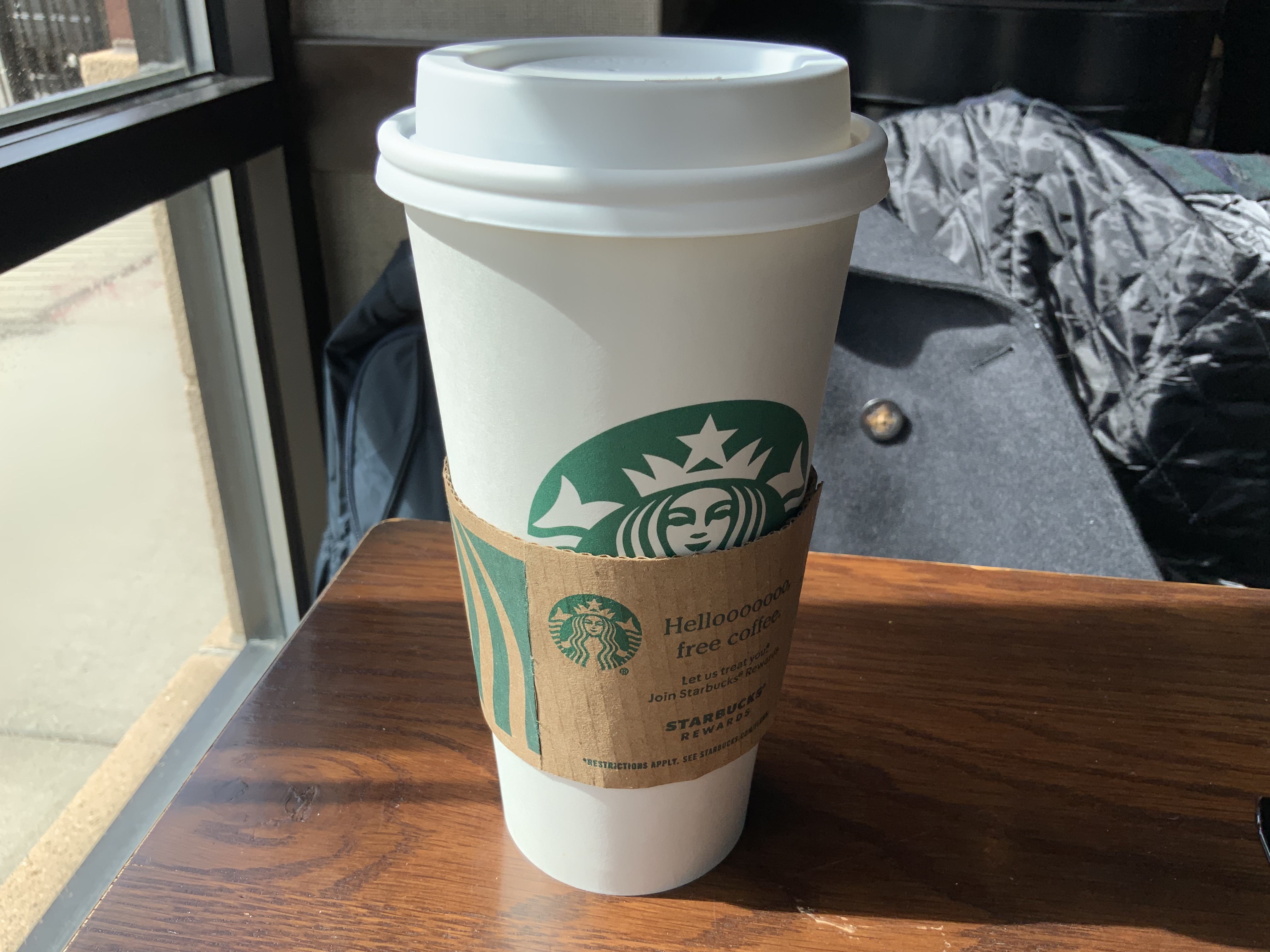 I am at our local Starbucks. In celebration of Good Friday and Easter weekend, I let the team leave early today and I followed my own cue and called it a day a little while ago. Earl is at work, so I’m headed out to go exploring.

It’s 42ÂºF and the wind is gusting to 35 MPH, so it’s a bit chilly. Hence a cup of coffee before I go walking.

I was second in line when waiting to place my orders; in front of me was a young woman who was having a bit of a struggle with placing her order. She wanted sips for testing, she asked for many foams, squirts, and other associated potions to be added to her brew. She spoke loudly and she strove to engage the attention of at least three of the baristas behind the counter. Meeting her needs was a team effort.

Living in Chicago I take great delight in silently watching how folks use their smartphones, especially if they’re using an Apple device. The woman in front of me had an iPhone of indeterminate model type as it was bedazzled and bejeweled in several ways. The only way I knew it was an iPhone was from the placement of the camera and the way the icons were arranged on her screen. Like a good digital citizen, she was paying for her demanding order with the Starbucks app. I watched her as she flicked through six screens of icons, the vast majority of them folders where multiple apps lived together, waiting for their next opportunity give her user magic.

Apparently her filing methods with multiple folders has a flaw because she was really struggling to find the Starbucks app to pay. This was adding to the frustration of my wait. It took every ounce of my being to not scream out “double click the button and grab it in your Wallet”! Folks do realize they can add their Starbucks card to the very convenient Apple Wallet and access it there, right? I then countered in my head that there was a good chance that she was going to use a reward and I’m not familiar with the handling of Starbucks Frequent Flyer points in the wallet app. As I was processing this in my mind, I noticed she was still flicking through multiple screens, opening and closing folders, looking for the coveted Starbucks app. I then convinced myself to not scream out “pull down from the top and start typing Starbucks!”. I’ve observed that many do not realize there’s a search function built right there into iOS. They hunt and peck and flick and stab at their phone looking for the icon off the app they’re searching for, when all they need to do is pull down from the top of the screen and type the name of the app. Once they do that, voila, there’s the icon they’re looking for.

Eventually “Jody” (I saw her name emblazoned on the screen when she stabbed and opened the wrong app at one point of her quest) found the Starbucks app and told the barista she wanted to use a reward. Ugh. Starbucks changed their reward system on tax day and you now need more points to get what you used to get for less points. Earl and I discovered this earlier in the week, and I just knew that like us, she didn’t know about the change in policy.

So then she didn’t have enough money on her card to pay but she was pretty efficient in refilling her card. It looks like she used ApplePay to accomplish the card refill, so there is that. All is not lost.

This whole endeavor got me to wondering as to how many folks only know the basics of using their phones. There’s so many things you can do with an iOS device (or an Android device for that matter), but folks only use the basics of stabbing at icons, typing on a keyboard, and flicking to scroll. There’s so many ways to search, find, and use applications. Apple has given us many ways to make using our iDevices as quick and as effortless as possible. It just takes a bit of experience and a dash of education.

Perhaps more people need to attend one of the “Today At Apple” seminars or something.